Will Offline Advertising Be Irrelevant in 10 Years? 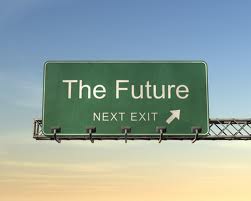 Online advertising gives even small budget advertisers the ability to grow a customer base with search, social, and display advertising. A single person with a computer and internet access can open ad accounts and build campaigns on AdWords, Bing Ads, Facebook, and LinkedIn today. On top of that, an advertising budget of $10 a day can place your ads right next to ads of the top ad spenders like Nike or Apple. In contrast, I have no idea how one goes about launching a television commercial or how to get it shown on the proper channel and in the proper time slot.

Online advertising is available to anyone and successful campaigns are within reach for any business and for any business goal. Combining well targeted ads on social networks and good keywords on search networks, advertisers can make sure their advertising dollars are spent on viewers likely to convert into customers.

Will other mediums remain relevant or will online ads take over completely? Where do you think advertising is headed?

Where are advertising dollars going?

Top ad markets according to ZenithOptimedia

The remaining hold out in offline advertising is television. There are internet supplements to television like Netflix and Hulu, but there aren't full replacements. Exclusive programming and old fashioned habits keep the television market an attractive place for big advertisers. But think about how quickly that can change if the right content deals are put in place, and the hold outs committed to television switch over to online alternatives. The advertisers will always follow the customers, and the customers are moving online.

If you're an advertiser today, online marketing offers the most opportunity and growth by far. Think about the advertisers that spend money on the commercials and product placement that people really see on tv. It's rarely new companies with small teams. Successful television marketers are huge companies like Nike and Apple that have the relationships and budgets to give their ads prime placement.

eMarketer's report on worldwide digital ad spending in 2012 showed that growth was about 18% over 2011. Total digital ad spending now adds up to more than $100 billion for the first time. In addition, they forecast that online advertising will account for 25% of total advertising spend across all mediums by 2016. Continued growth is indicative of the huge value advertisers are seeing from their online marketing efforts. In the US alone, a separate eMarketer report forecasted digital spending to top $37 billion in 2012, at a growth rate of nearly 17% over the previous year.

Of course, the internet itself is growing substantially. This certainly helps the growth of online advertising, however, advertisers still have to find enough value in online ads in comparison to other mediums like radio or newspaper. Even in the US where there has been a large market of internet users for quite some time, online advertising is still growing quickly. In the emerging markets - the biggest of which are Asia and Latin America - we're going to see huge increases in internet usage and online advertising in the next 5 years. The growth in emerging markets, like Asia and Latin America, is a huge opportunity for advertisers.

What kind of online advertising? 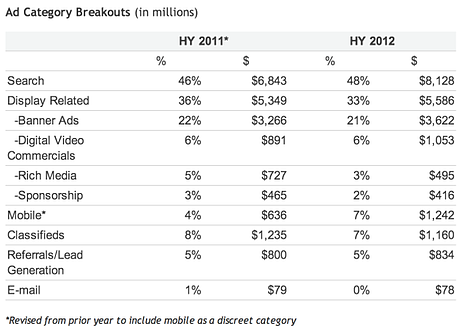 Please let us know what you think!