Advertising at the Super Bowl 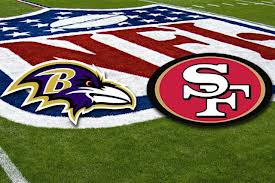 The biggest advertising event in the world

The Super Bowl is the biggest sporting event in the world. There are a few other huge events like the World Series, the World Cup Final, and the NBA championship, but something sets the Super Bowl apart. Because it's in a league of it's own, eager advertisers buy up 30 second commercial slots (for approximately $3.5 million each according to USA Today) to appear in front of the huge audience the Super Bowl attracts.

This year, something interesting came up that highlighted the power of online advertising through social media. When the lights temporarily went out early in the third quarter, companies had an interesting opportunity to promote their brand in real time. Television ads would keep running of course, but other options were available to show how clever advertisers could get. A lot has been written about it, but Oreo was one brand that took advantage of the unexpected event. Shortly after the lights went out, Oreo posted this picture on Facebook and Twitter, along with the tag line "No lights? No problem." 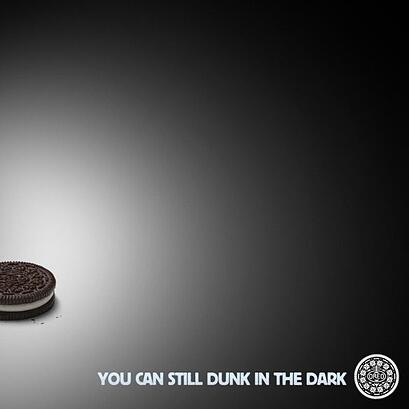 In my last post I wrote about the flexibility of the internet and online advertising. What better example of it's flexibility than this reaction to an unforeseeable situation that occurred during the biggest event in the world. Through social advertising, Oreo is able to send a message to followers and fans instantly. In this case, the context of their message will be obvious since nearly everyone watches the game. Think about how many people went looking for Oreo's in their kitchen after the ad appeared in their Twitter or Facebook timeline. Or how many have purchased Oreo's since the game, for the first time in a long time.

Tweets and posts that resonate well with fans and followers serve as excellent ads. For people not following a page or account, advertisers can use promoted tweets or sponsored stories to spread the same message to a bigger audience. It's an amazing channel for advertisers, with a cost that comes no where close to a television ad (especially during the Super Bowl). I should note that more than one hundred million viewers watch the Super Bowl around the world, while only a combined 35,000 or so users liked or retweeted Oreo's post.

Kai Ryssdal posted about this, including an interview with Ben Winkler from the ad agency OMD, that basically said Oreo's post wasn't a simple, spur of the moment success that would have worked for any company. Oreo has been working on their social activity for months to grow their audience and had their team working hard to be ready for any usual occurrences during the game. Still, as more people look online in between game play, rather than at their television screens, posts on Twitter and Facebook, become a new form of big event advertising that allows for quick reactions and immediate feedback by the advertiser.

Television ads can't keep up with real time events, but a team watching the game and posting creative updates to social networks can. When something interesting comes up, they can take advantage of it at a relatively low cost.

In the future, I expect advertisers to place more focus on real-time updates to reach audiences during big events. The 30-second and $3.5 million commercials are great if a company can afford it, but big and small advertisers have the ability to promote their companies and brands by advertising through social networks.

Check out some of the other tweets posted during the game: http://blog.twitter.com/2013/02/the-super-tweets-of-sb47.html

If there were any good tweets or ads we should know about, please let us know!