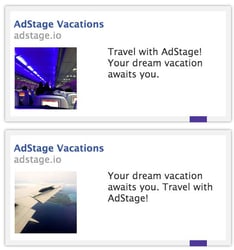 Expert advertisers make sure they're always running multiple versions of their ads. But generating those ad variations can be pretty tedious.

With Google AdWords, it typically involves uploading an Excel doc full of concatenate formulas. Facebook's even tougher due to the myriad of ad types and need to upload images.

In this post, I'll explain why you should be generating multiple ad variations for your Facebook campaigns and show you how the AdStage Ad Scrambler can be used to create them quickly.

Without testing alternate ads, you're leaving money on the table. You'd be surprised how much of an impact different images and headlines can have on your ad's performance.

Results of an AB test

All you have to do to test your ads is create multiple ad variations (with the same targeting and bid) and let them run side-by-side. Then simply compare the results. You may find that one performs significantly better than another.

For more on testing your ads, read How AB Testing Works.

Have you ever noticed that your Facebook Ad performance drop over time? Because your campaign targets a finite group of Facebook users, they'll eventually grow tired of seeing the same ad over and over again, and they'll stop engaging with your ad. This is called ad fatigue.

You can combat this by generating additional ad variations with new images, headlines, etc and updating them frequently. But you'll find that this can take a pretty long time to do. So what's the solution?

The Ad Scrambler is the easiest way to generate dozens of Facebook ad variations quickly.

Note: The Ad Scrambler currently supports Facebook only, we have plans to expand it to support Google AdWords, Bing Ads & LinkedIn Ad campaigns. Request the Ad Scrambler for additional networks in the comments below.

1. Plug In Your Variables

The first step is to plug in the different headlines and images along with any other aspects of your ad that you would like to test. 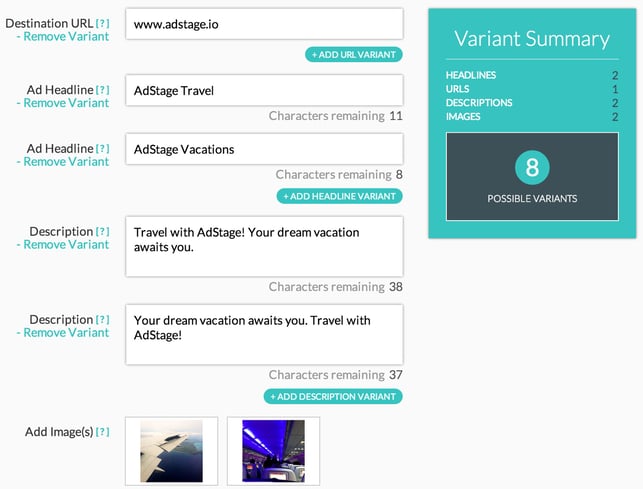 Next, the Ad Scrambler will mix and match the variables you provided in order to generate all the possible variations. 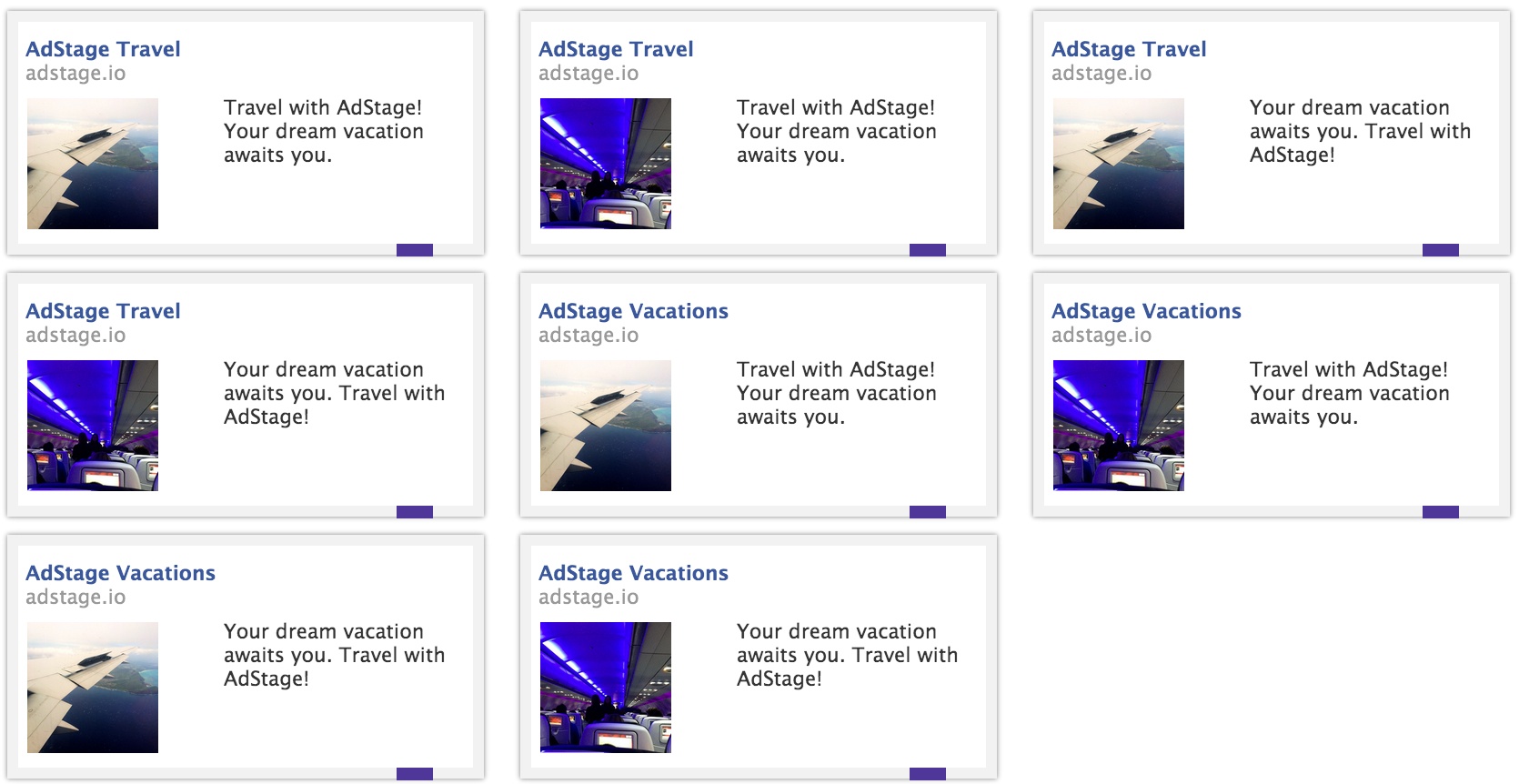 Once that you've created your ad variations, you'll be able to choose the Facebook campaign and ad set to add them to. The Ad Scrambler walk you through choosing your target audience and bids for all of these variations ad once!

Try Out The Ad Scrambler

Generating and testing for the best-performing Facebook ad has never been easier. To try the Ad Scrambler app yourself in AdStage, simply log in or sign up today!