Today at the AdWords Performance Forum, Jerry Dischler, the VP of Product Management for AdWords at Google, presented a slew of new AdWords features that are scheduled to roll out over the next few months including new mobile app ad types, improved tracking, and a suite of new tools to manage and optimize campaigns. Here's a roundup:

Perhaps playing catchup with Facebook's successful mobile app ads, Google is beefing up their own mobile app ads to help developers promote discovery of and re-engagement with their apps across Google search, the Google Display Network, and YouTube. 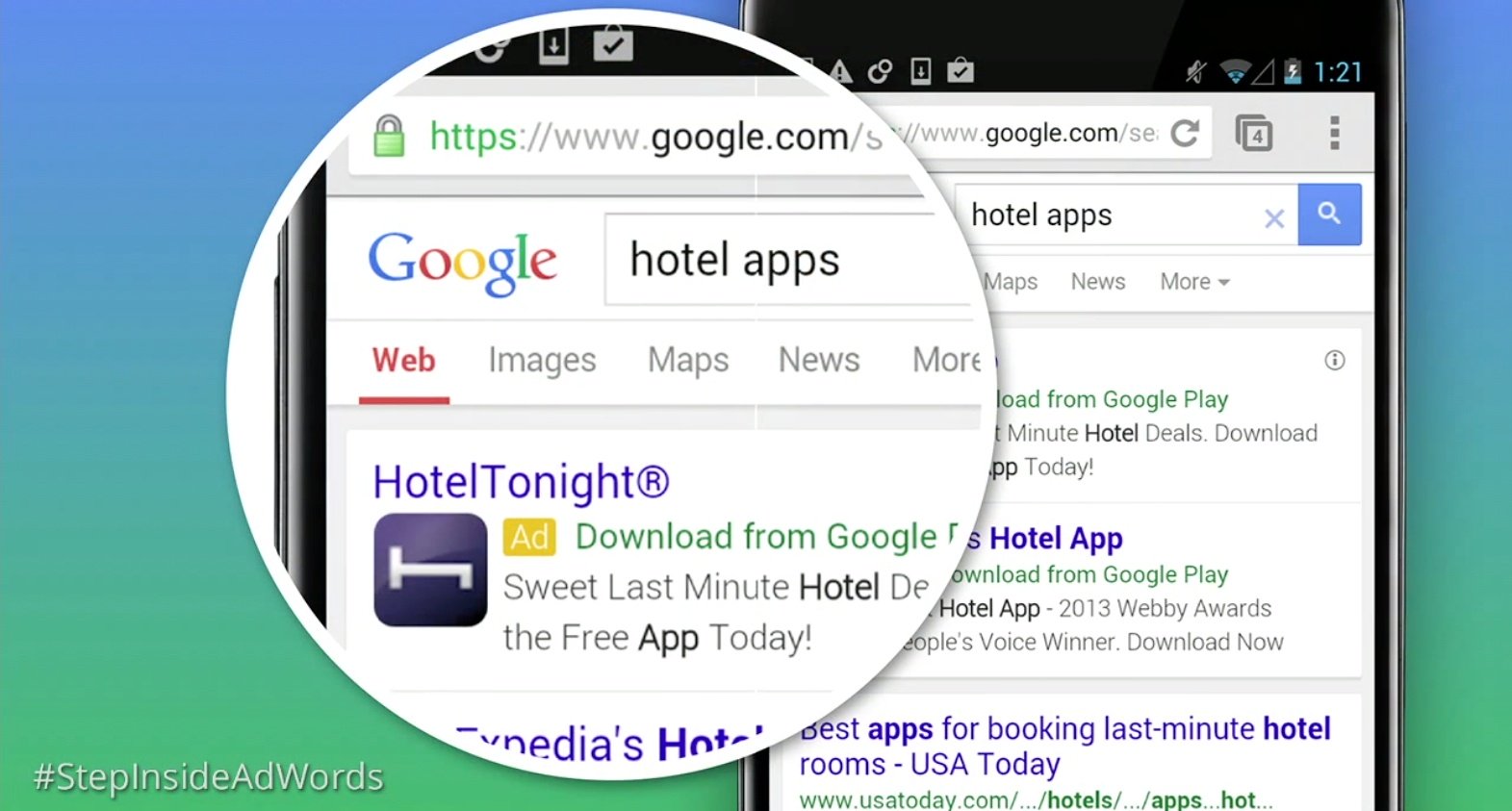 To address the fact that 60% of apps are never installed (according to Google), AdWords advertisers can now use AdMob for advanced targeting of people who are most likely to be customers by looking at which apps they use, how frequently they use apps, and what types of in-app purchases they make. 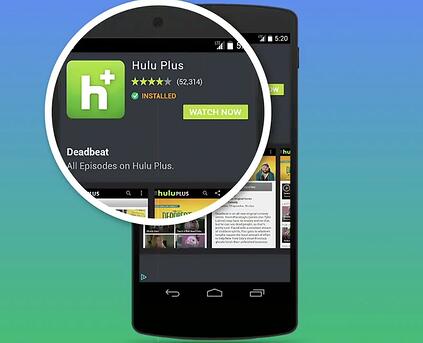 And to address the fact that 80% of apps are only used once (according to Digital Trends), AdWords is also introducing re-engagement ads for search and display. These ads are incredibly useful for driving increased engagement from users that already have your app installed by deep linking them into different sections of your app. 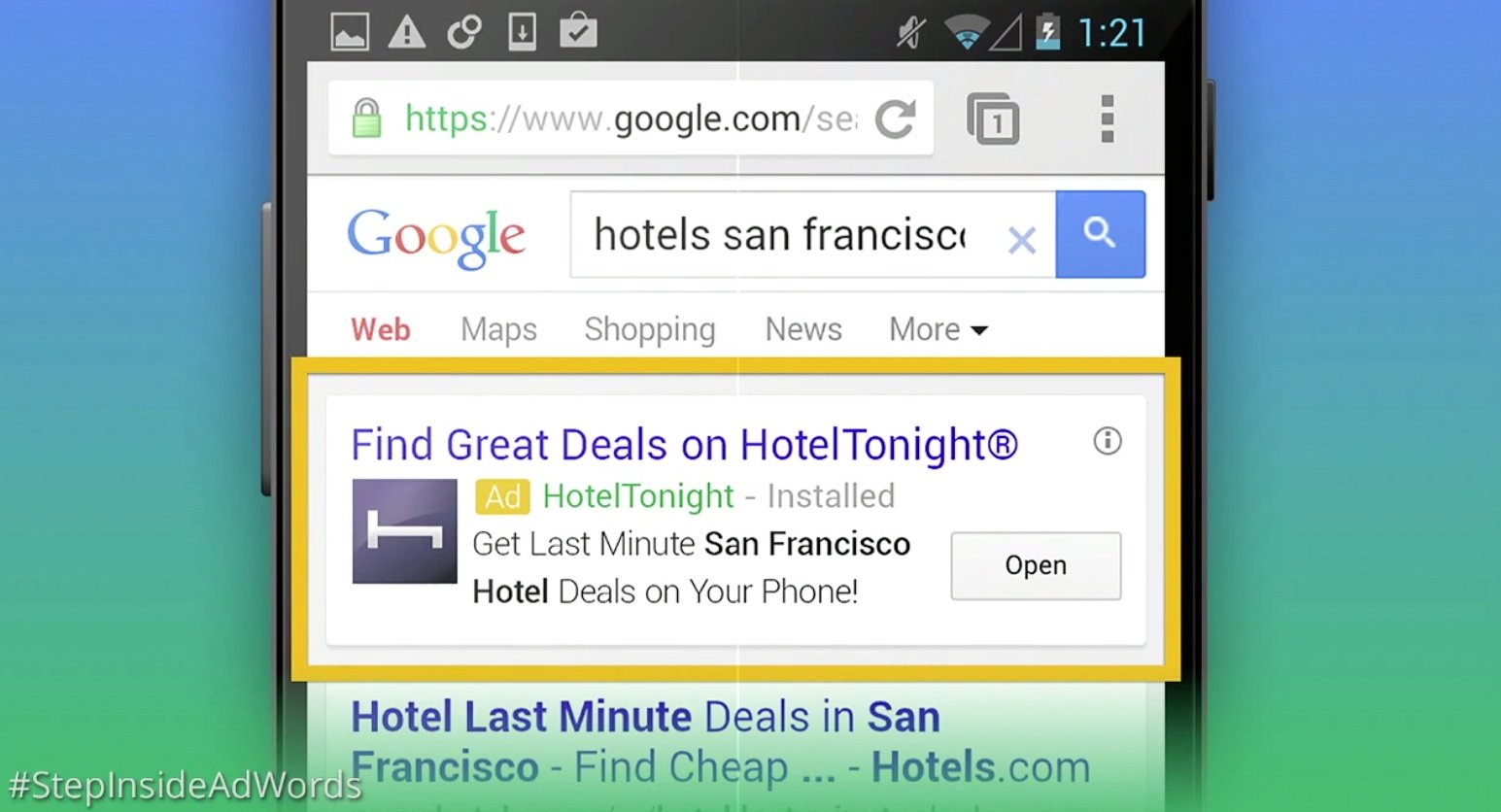 HotelTonight, the poster child of Facebook's re-engagement ads, is used as the example here. Users with the HotelTonight app installed can now see AdWords ads that encourage them to open up the app to book a room, rather than be told to install it.

While there weren't any new feature announcements for Estimated Total Conversions, Google's cross-device conversion tracking tool, Google did report positive results from initial tests and confirmed it will continue to invest in the product.

The most exciting announcements were of new "enterprise-class tools" designed to help advertisers manage their campaigns.

Google's making bulk cross-campaign changes easier by including more bulk actions. The full details are still a bit fuzzy, but if you've ever had to make sweeping changes across your campaign to reflect a new promotion or change in messaging, you'll be glad to know it will be easier to do this in the online interface than ever before. 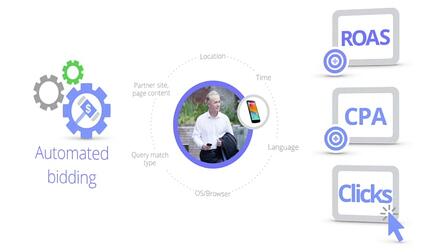 Max Conversions - You can set you campaigns to use automated bidding that maximizes conversions (e.g., a car company can automate bids to drive as many users as possible to the build-a-car page on their website.)

Max Revenue - You can set you campaigns to use automated bidding that maximizes revenue (e.g., an e-commerce website can automate bids to generate more high-value orders on their website.) 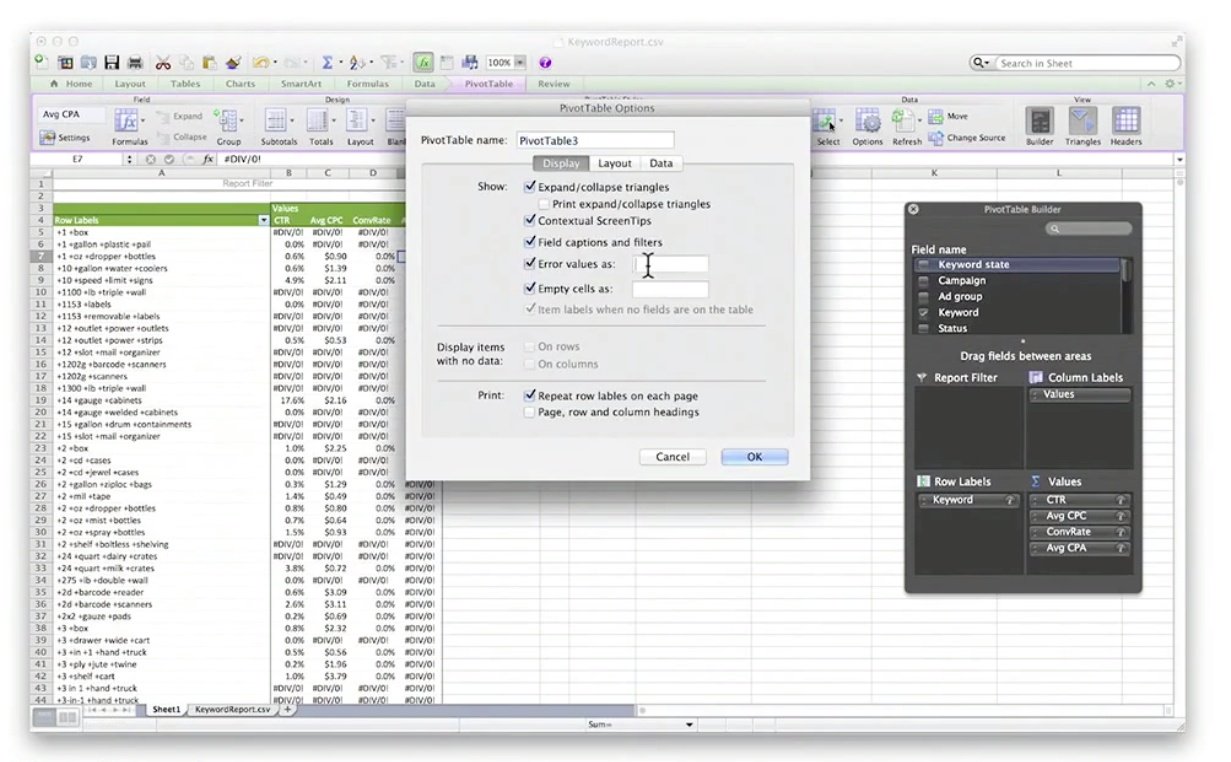 This was my favorite part of the announcement. Director of Product Management for the AdWords front end (and my former manager), Paul Feng, showed a video of some of the steps we have to go through to prepare an AdWords csv for analysis in Excel:

Enhanced Reporting replaces the offline pivot table process, with a multi-dimensional data tool. These drag and drop reports use live data, so you can change the metric (campaign, ad group, etc.) easily and get real-time results. 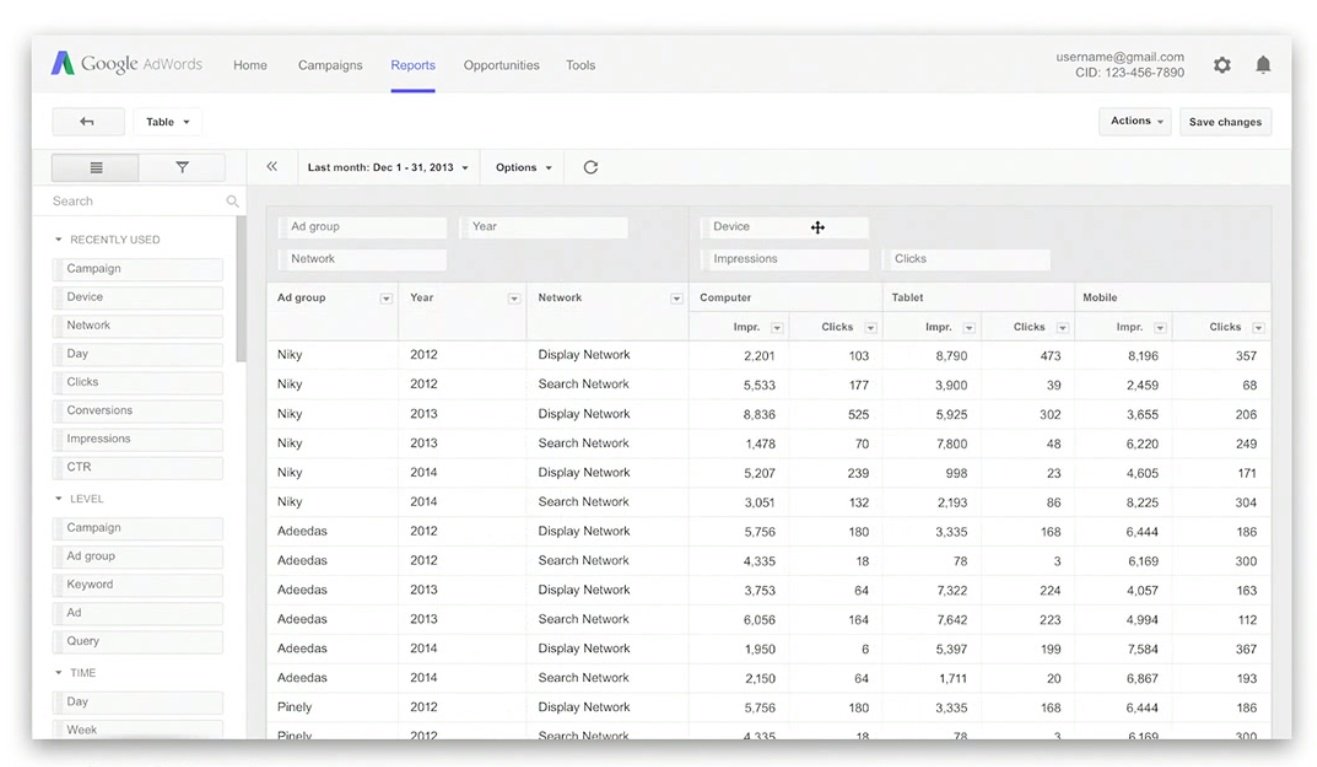 This reminds me a lot of custom reports in Google Analytics, but with live previews– which is a huge compliment. 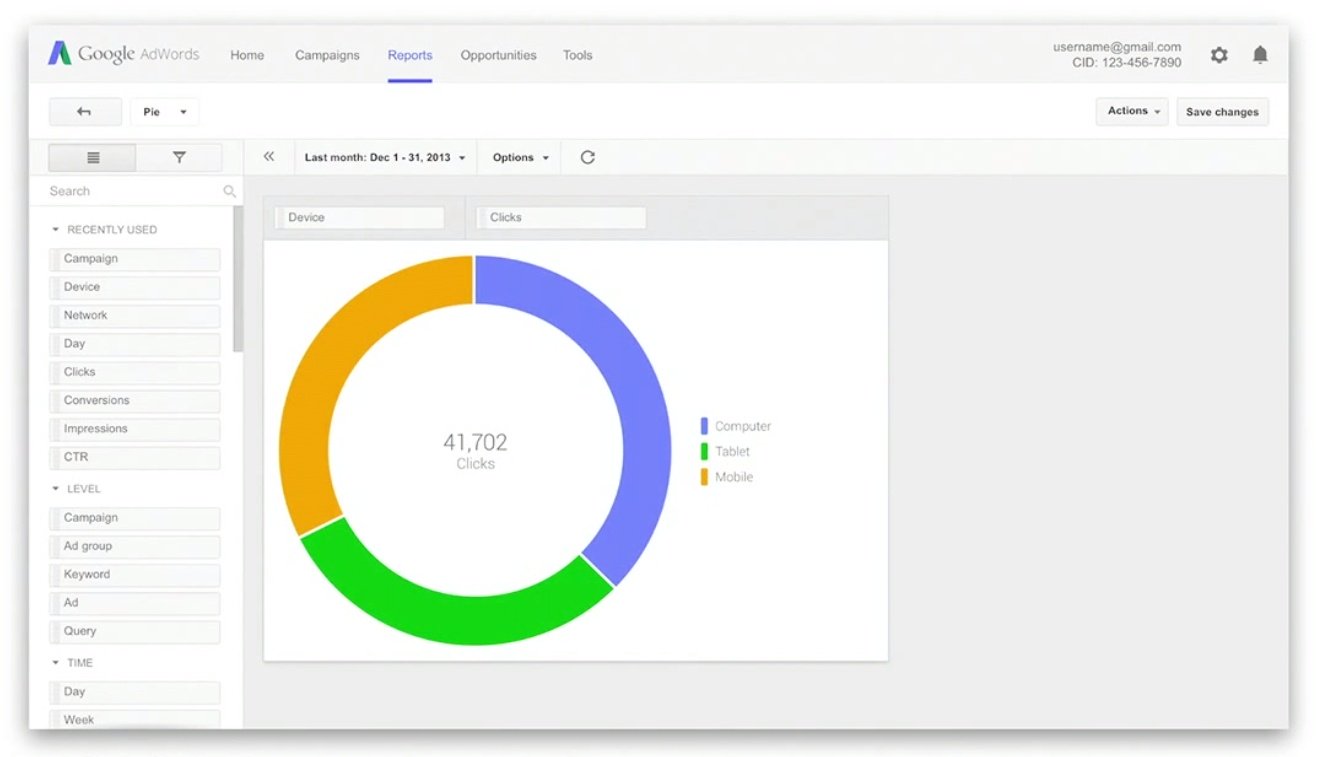 While this is a respectable attempt to kill the pivot table, advertisers will still need to merge their reports across other channels like Bing, Facebook, and LinkedIn Ads with Excel or use a third party tool like AdStage to automatically create cross-channel reports. Learn about AdStage reporting here.

The last feature Google revealed was Drafts & Experiments which seems to be a much-needed overhaul of AdWords Campaign Experiments (ACE). 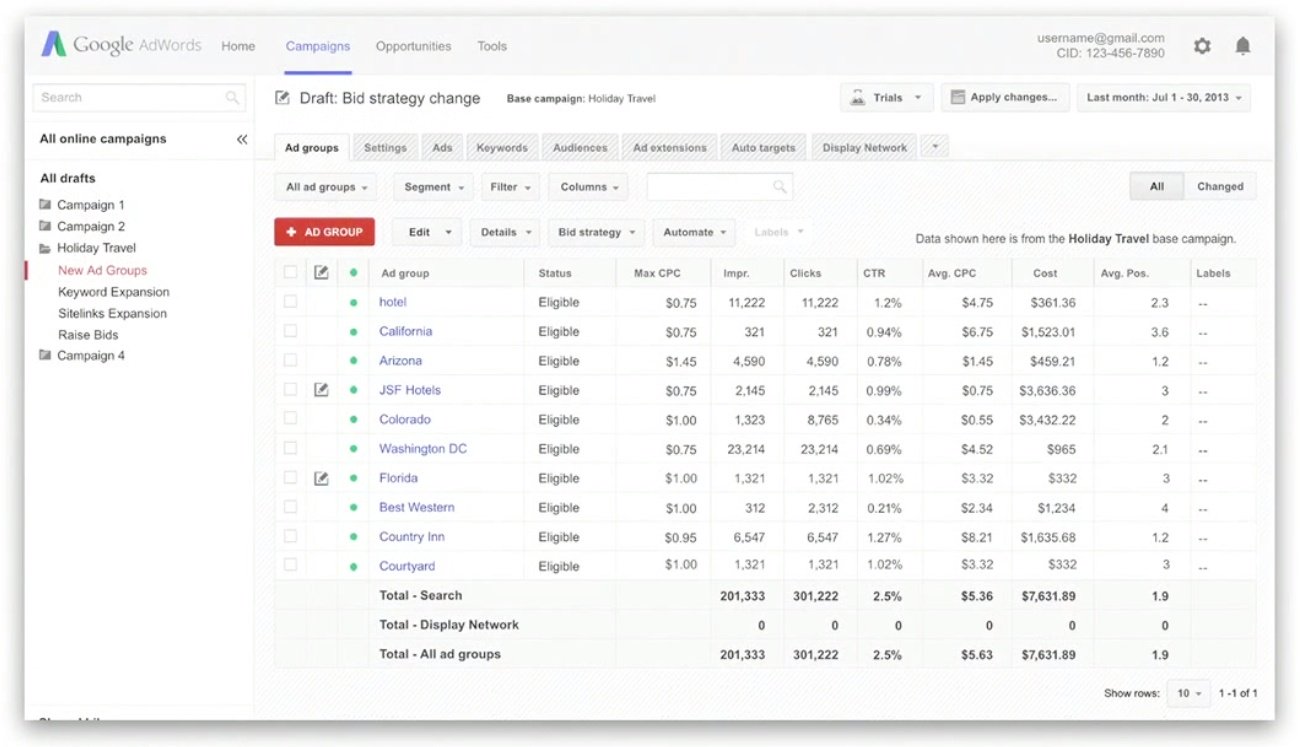 Now if you have a hypothesis to test, you can add your changes to a draft mode for review (what the AdWords product management team thinks of as a "shopping cart" of sorts). Once you're happy with the proposed changes, you can run it as an experiment with a percentage of your audience. 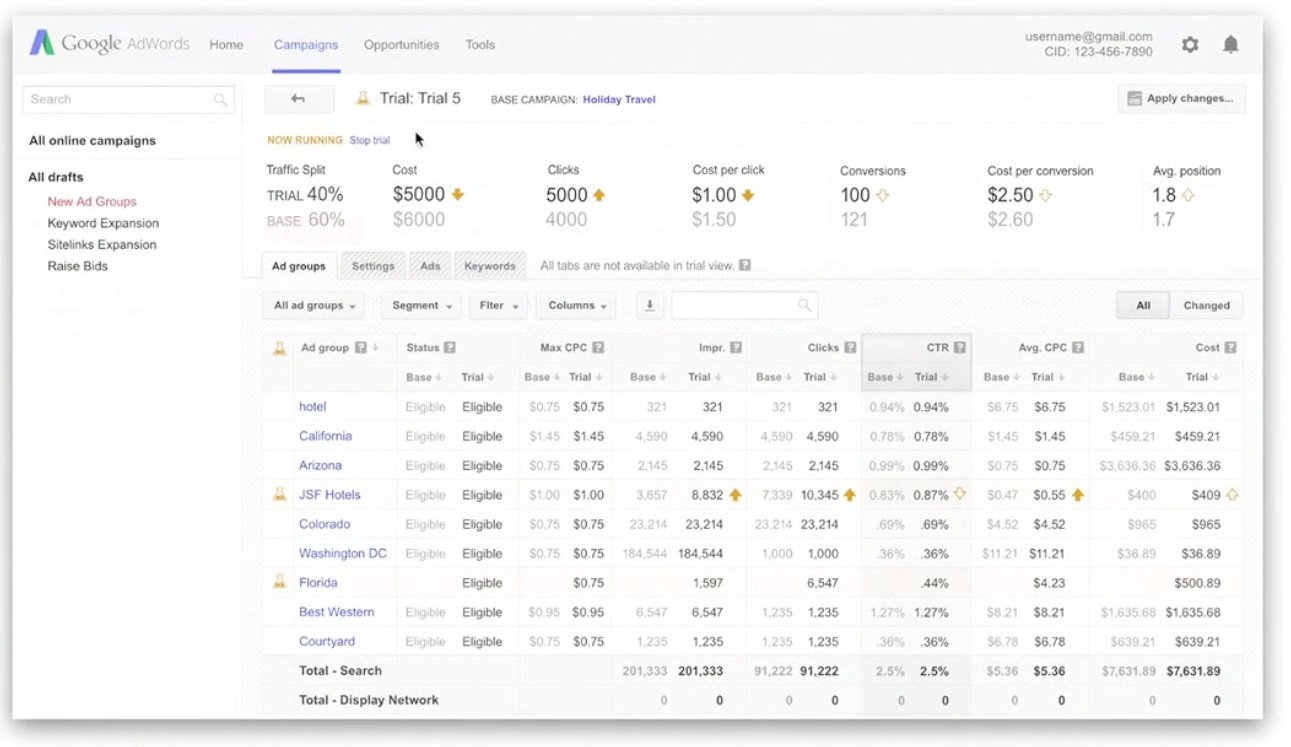 As the data comes in, you can see the change in performance for the two variations side-by-side. If they changes are beneficial, you can apply your changes. If not, you can reject your hypothesis and revert your changes easily!

What do you think of these announcements? Is there a particular feature you're excited about?