Facebook made a number of announcements today at F8, Facebook's Developer Conference (livestream) including the announcement of a mobile ad network called the "Audience Network." Here are some highlights, with a focus on advertising: 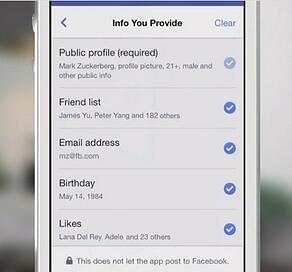 As a consumer, you'll appreciate the announcements around Facebook Login. You'll now have line-by-line control over what information is shared with each app you connect with. Additionally, Facebook announced a new "Anonymous Login" button for when you don't want to share your identity in order to create an account with a new app.

This should help reduce the anxiety users feel when an app asks you to "Login with Facebook," which in turn should increase usage.

It's the one-year anniversary of Facebook's acquisition of mobile app platform Parse, and there were a number of product and pricing announcements that app developers will be interested in. Most interestingly, apps using Parse will be able to work offline. You can learn more about the announcements from Parse here. 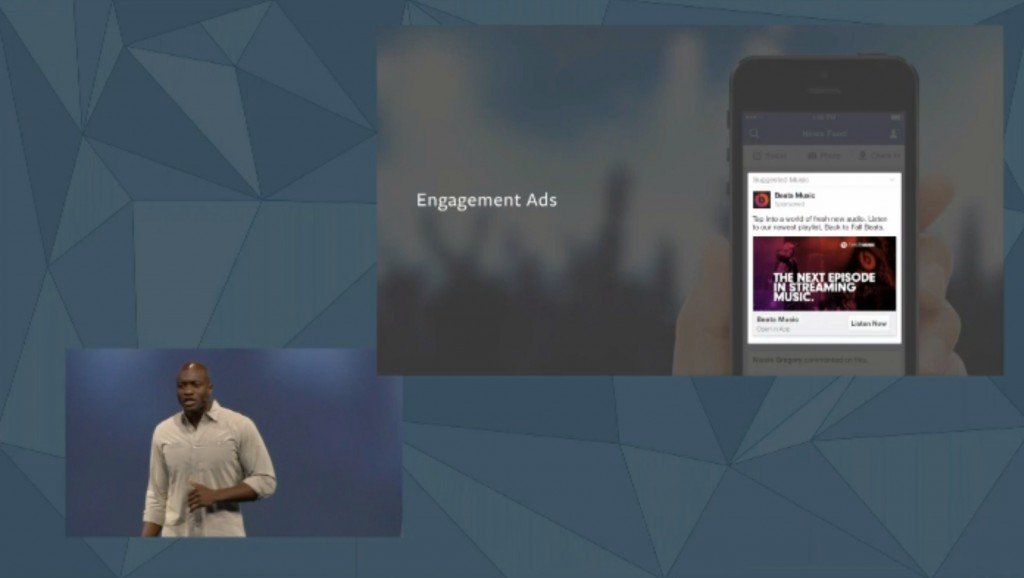 Director of Strategic Partnerships, Ime Archibong, shared an example that I appreciated: Beats Music can use a mobile app engagement ad to promote Beyonce's new album to existing users that like Beyonce's music, along with a "Listen Now" button to launch the app and play the album.

Ime then made a statement that reveals the bright future of advertising: "This doesn’t even feel like an ad, it feels like a nice reminder from a friend to listen to music I’d enjoy.” I think that's true and it shows how relevant, helpful and seamless native ads can be appreciated by an audience.

This doesn’t even feel like an ad, it feels like a nice reminder from a friend to listen to music I’d enjoy.”

The most exciting announcement was about the new "Audience Network" brings Facebook's ad network to mobile apps.

The Audience Network builds upon Facebook's successful implementation of native ads into their own mobile app. Facebook has learned a lot as they moved beyond right-rail ads to make news feed ads a key part of the mobile user experience. Now Facebook makes nearly 60% of their revenue on mobile.

Advertisers can now use Facebook's world-class targeting system to find their desired target audience. For example, Facebook can tell the difference between a mother with three young children who may be interested in Frozen and a man in his twenties that will be interested in Game of Thrones. Through the audience network,  advertisers can also create non-disruptive native ads that display in mobile apps. 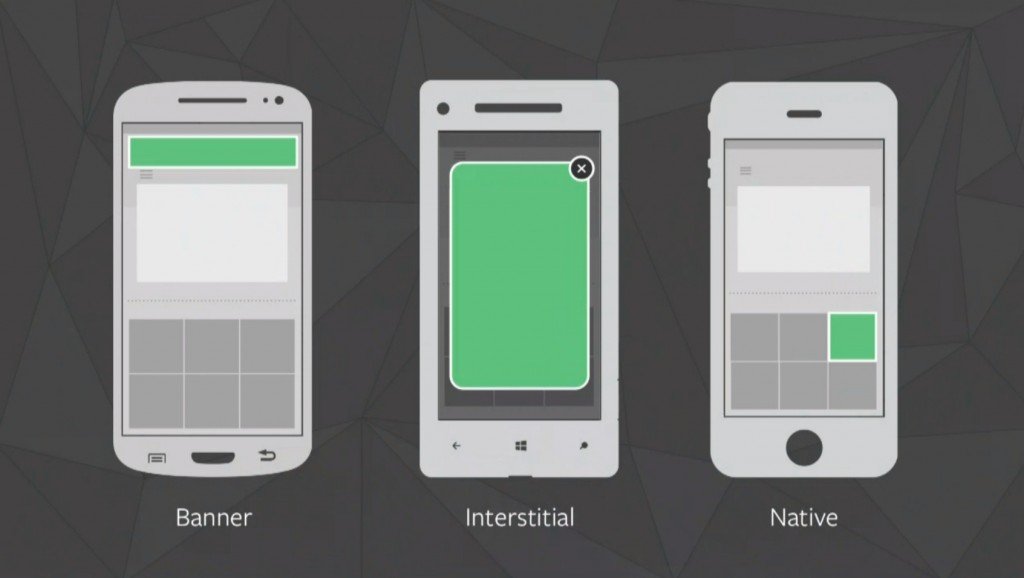 Developers also benefit by being able to integrate Facebook's ad inventory. With just a few lines of code, you can implement Banner, Interstitial and even Native ads into your app.

While you can utilize standard IAB ad sizes, you could also invest a little more time to integrate native ads which should improve engagement.

Facebook offered 3 examples of the Audience Network in action:

In each example, the advertisers were able to create ads for the intended app through Facebook's Audience Network without having to reach out to the app developer directly to negotiate the buy and integrate their ads.

Facebook claims to have created  "the best targeting system in the world" and the Audience Network should go a long way to help advertisers and developers implement relevant ads to their audience and increase profits with ads.

You can sign up for the Audience Network today