Take Your Monthly PPC Reports from Good to Great

PPC reporting is a necessary evil in our line of work. Though nearly all of us would much rather be making campaign optimizations based on all the data we’ve accrued, it’s important that we’re sharing with stakeholders and able to convey what’s going on to them in a meaningful way.

So what actually makes a good PPC report? It’s not terribly difficult, but it’s easy to put together just a mediocre report if you’re not paying close attention. Great PPC reports require some foresight and a little effort upfront to ensure they’ll have maximum impact.

Let’s walk through some of the most important aspects that I try to focus on with each report I send out.

1. Start with the End Reader(s) in Mind

Before you begin to build your reports, it’s important to think about the recipient. More than likely they have their own areas of focus and style of communicating. Before you strike your first key or make your first chart, ask yourself questions that can help drive what your end product looks like:

This certainly isn’t a complete list, but each of these guiding questions can help you determine what should and shouldn’t be in your reports and how you convey that information. For the remainder of this post, I’ll show you the questions I hear in my head while I’m putting together my monthly reports based on a fictionalized client to ensure I’m covering my bases.

Call out the portions in the data that are important to each stakeholder. (If you don’t, they’re just going to ask you about them later.) For a CMO, you might stick to higher level discussions about account trends, competitor trends, and ad messaging. For a fellow Marketing Manager, you might be better off digging further into the details and zeroing in on a couple specific areas of focus for them.

That said, your reports shouldn't just include pandering information. It’s also critical to call out things that are important to account performance, whether they want to hear them or not. Use your expertise to identify important positive/negative aspects of the performance and address them in the report. Who knows, maybe one of these days folks will stop worrying about tenths of percent changes in CTR when CPA is fluctuating by 20%.

In a perfect world, our report recipient would have endless time to read, review, and digest the amazing reports we’ve put together for them. And some people might make that time. But most will not. I’ve found it valuable to make the top two to three takeaways from the month into visuals.

You might be saying, “But I already use charts to highlight the data in my report,” and that’s great! But odds are you’re showing some iteration of clicks vs CPC, conversions vs CPA, or ROI compared to average order value throughout the month. And you’re showing that every month. Again, that’s great and can be valuable, but it’s not what I’m referring to.

Similar to calling out your recipients focus areas, find a way to visually represent the top pieces of the month. If you’ve been trying to make non-brand search a larger share of the budget and you made some good strides this month create a before and after style pie chart calling out the progress. This might not be a permanent staple of all your reports, but it’s important for this month and something you want to make sure your client/boss remembers.

Pro tip: it’s important to make sure your visuals are telling the right story. Check out this post to get a little insight about making valuable charts.

It’s fairly obvious that it’s hard to have a great PPC report without the actual data, but it’s even harder to have one that doesn’t make a couple of pretty common mistakes. Let’s go through the two biggest mistakes with data in PPC reports.

Just because you have lots of data doesn’t mean you have to throw it in people’s faces. The people you’re reporting to don’t have time to dig through the data like you do. That’s why they hired you in the first place. Distill things down to what they need to know. In my mind that consists of the following:

That’s about it. Otherwise, you run the risk of including so much data that someone simply can’t wade through it all and come out the other side with a concise understanding of what happened. They’ll be all over the place.

If there are other areas of interest that are frequently discussed, like top performing geographies or mobile insights, then certainly look to include those. As we’ll cover a bit more here in a moment, you want to include the stats that the stakeholder is interested in, but be conscious of data dumping and don’t throw data at them just for the sake of doing it. Include the high level, things that need action, and the points they care most about and leave everything else for another day.

Leaving Out the Goals

More than likely, when you began the month there were clear goals as to what you wanted your campaigns to achieve. If you’re not calling those out in your report and whether you crushed those goals or fell short, then your reporting needs to have a change in focus.

If you’re needing help figuring out how to add goal numbers, there are a couple different ways.

In the Data Itself

Create some charts that show where your goal metrics are and where you ended up, then call out the surpluses or deficits. Sometimes it can be very easy to just add an additional column to a table or a new chart to the report to directly, visually compare actual performance to goals.

In the Written Portion of the Monthly Report

You can also include them in a written portion of the report. This can be a bit easier since it won’t require additional formatting, but can be more easily overlooked by your recipient.

It’s not so much important as to where you put them, it’s that they’re included and a major point of the report.

4. Give Context to Your Data

Numbers without context are effectively meaningless. It’s up to you to provide the context so your client/boss can understand what you’re showing them. Be sure you’re making clear, high level context to what the numbers mean and what that means for your accounts.

Outline the Strategy Changes and Their Impact

Each report should call out what your actual strategy was for the month.

If you’re not calling out the changes made you’re losing context as to why the numbers are what they are.

Draw Conclusions About the Strategy

Did your strategies work?

Somewhere in the middle?

Call Out Outside Influences, Unforeseen Problems 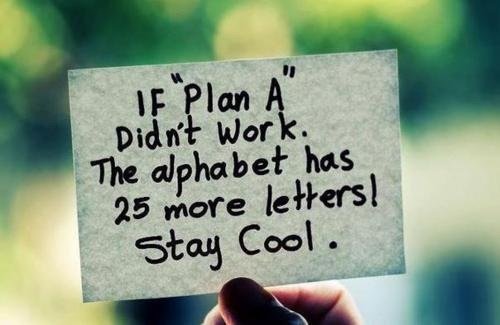 Your strategy isn't the only thing that can greatly impact performance. Were there delays getting the strategy in place? Did an outside force affect your campaigns and either give your efforts a boost or squash them?

It's important to give context around the things outside of your control but that influenced performance. Again, without this you'll be painting an incomplete picture and leaving the recipient wondering why things were so different without a good enough reason.

Although you’re tying numbers back to goals for the month, it’s also important to keep an eye on bigger trends. Great PPC reports should include some form of historical data to provide trend insights.

Some examples would be:

Each of these has their role to play, but again, don't include too much data. Find the historical reference that's most important for the particular month and focus there. In future months you can call out other ranges if needed.

If you’re a fan of The West Wing, you’ll know that one of the famous quotes from President Bartlet is “What’s next?” It sounds simple enough, but in the context of the show, it’s full meaning was “I’ve understood what you’ve said and I see where we’ve been. Let’s close that chapter and move on. What are we going to do next?”

I’ve always felt that the folks who completely ‘get’ PPC would have similar discussions with me about their PPC reports.

“I understand the full picture of last month's performance and findings and how that compares to the past. Now what are we going to do next month to make things even better?”

All great PPC reports should end by looking forward to the future. Based on everything that's come prior in the report, what are the strategies for the following month? Do we need to stay the course or make big swings in strategy? How are you going to improve performance next month?

If you’re having regular calls with your client/boss, odds are you’ve already begun discussing strategies for the future. Those should also be included in this section of the report. Discuss what you'll be testing and why you're giving that strategy a shot. Bonus points if you can tie any future strategy pieces to the specific stats in the report.

Creating a great PPC report isn’t rocket science, but it’s certainly not something that can be done on autopilot. Spend a little time upfront to fully understand your audience, then craft the report in ways that are meaningful to them and don’t just drown them in data.

Lastly, give them a full understanding of where they’ve been and where they’re going. They'll appreciate the extra effort, you'll like that they start paying more attention to the report you've worked so hard on, everyone wins. And isn't that what we're all after anyway?