This week on The PPC Show, Paul and JD break down the top news and trends in ad tech and digital marketing.

Tune in to the #PPCShow to get caught up on the top Ad Tech headlines! 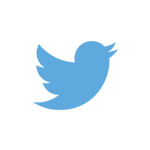 The acquisition of Yahoo unites more than 50 brands under the Verizon umbrella. They have named the new company...Oath. AOL, AOL One, BrightRoll, Tumblr, Yahoo and others to agency partners and their brand clients.

Yahoo Insights will become Oath Insights, but there is no word yet on the renaming or integration of Yahoo Gemini for Search or Yahoo Gemini for native ads, spanning across mobile, video and programmatic services.

Thanks to a partnership being announced today with Foursquare, Pandora advertisers can now get data about whether their campaigns drive foot traffic. Sandwich chain Subway and Connecticut casino Mohegan Sun are currently testing whether the music-streaming service’s mix of audio, video and display ads drive brick-and-mortar patronage.

>>Use code London17Speaker for a 15% discount off the current rate of conference passes. Register here: heroconf.com<<

We’ll now offer businesses around the world a way to use Facebook targeting to extend their reach to people in Messenger.

Facebook has found another place to show advertisements to its users. The company announced on Friday that it will start running ads inside Marketplace, its Craigslist-style hub where users can buy and sell used goods.

The ads are just a test for now, which means only a small percentage of U.S. Facebook users will see them. Facebook is not even selling ads specifically for Marketplace just yet — instead, it will take existing News Feed ads and put them inside the Marketplace tab free of charge to advertisers, as a way to experiment.

More new members joined Prime on July 11 than on any single day in Amazon history. Tens of millions of Prime members made a purchase on Prime Day 2017, more than 50 percent higher than the prior year.

Prime Day sales surpassed Black Friday and Cyber Monday, all on a day with deals reserved exclusively for Prime members

According to the report, which tracks thousands of advertisers and ad buys across digital and traditional media channels, programmatic declined 12 percent year over year. The report attributes this to brand safety concerns and the black-box nature of programmatic placements.