It’s Monday morning. I just sat down with my favorite cup of coffee and opened up my computer. I’m about to dive into my weekly reports, ready to count the pennies I’ve gained over the past week from my Facebook campaigns. I notice that seemingly overnight, our spend and conversion numbers have dropped off. I panic, but it’s cool because at least it isn’t Friday afternoon at 4:30, am I right? As I dig in, I notice the drops in both metrics are primarily coming from one campaign. Not just any campaign. My most trusted, go-to, evergreen campaign.

Has this happened to you? It’s happened to me several times over the course of this year. I’m convinced that if you do enough Facebook advertising, you’ll run into this exact scenario at some point. It happened to me with one of my larger B2B lead generation clients, and it happened fast.

When comparing Year over Year (YoY) quarterly performance, our main conversion goal was down by 78%. Of course, the only upside is that we were only spending 43% of our budget. However, no matter how you look at it, our performance was down, and CPAs were on the rise.

This didn’t make sense. We were doing all the right things. We had a funnel. We were warming up cold audiences with landing pages specific to their interests. We were creating awareness. We were remarketing with offers that our audiences perceived as valuable. At the end of the journey, we were hitting them with content that differentiated us from their competitors and showed the value we offered. Our audiences were segmented.

We got strategic with our targeting and tailored our messaging and content to those segmented audiences. The performance was off the chart the previous year.  Conversions were coming out of our ears.

Then it just stopped.

After banging my head against the wall for days trying to figure out what was going on, I reached out to my Facebook rep. They reminded me of a key characteristic of conversion campaigns: you need consistent, click-based, conversion events. Ideally 50 a week per ad set. I wasn’t getting that anymore, which meant that my campaigns were no longer giving enough data to Facebook’s algorithm. It didn’t have what it needed to predict who would convert, so it pulled back.

But...but...my audience was locked in. I was granular. I knew my audience.

There was just one problem. I wasn’t getting results.

I was at an impasse. Do I continue to dig my heels into this audience that I know converts?  Or do I try something new?  I really didn’t have any choice.  What I was doing wasn’t working.

Facebook touts itself as having the best audience data, and they encourage you to leverage that. But what else does Facebook have? An extremely powerful algorithm that knows who is likely to take the action that you’re looking for. However, in my case, the algorithm had found “all” of the people in my segmented audience that were going to convert.

I spoke to some friends in the industry. I went through an entire pack of dry erase markers. I looked at the data and where I historically saw the most success. For this specific account, the majority of the conversion actions were coming from our larger lookalike audiences, read: large audience pools. Finally, AdStage's JD Prater encouraged me to try something new. Again, what’s more important? The audience or the conversion? I know the Audience, but Facebook knows the conversion.

What if we threw the audience out and let Facebook determine who we should target? If you’re like me, the idea of throwing our tried and true strategies for a hail mary probably makes you start to sweat. My mind was screaming what every best practice tells you: Audience. Audience. KNOW YOUR AUDIENCE.

The industry who created the best practices weren’t going to have to deal with my client’s failing performance; I was.  So, I took a leap of faith, because I really had nothing to lose.

My hypothesis was this:

By focusing on creative and messaging that is relevant and highly targeted for the right market and letting Facebook determine who the audience should be, we’d get better performance.

Convincing a client who’s been targeting highly granular audiences to completely blow up their strategy was going to be a tough sell, so I took a different approach.

I took my tried and true prospecting campaign that had been performing well before but was now experiencing extreme decline, duplicated it, and relaunched it with several 10% Lookalike audiences. This increased number of users in my audience by 10x (a larger pool! Consistent with other high performing campaigns!). I used the same settings and the same copy to isolate which change in the audience was the reason for increased or decreased performance.

When Taking a Leap Pays Off in Performance

In the first month, we drove 111% more conversion actions than we had the month before with the “high performing” audience I had typically used, while CPAs increased 19% month over month. Not bad. Remember, this campaign had dropped off to the point that we were spending around 20% of our allocated budget. Our spend doubled month over month.

Using All the Tools At Your Disposal

The idea is driven by the core belief that when we create our audiences, we’re actually only capturing a fraction of the overall conversions out there. Take a piece of paper and pencil. Draw a big circle. Now draw a couple of small circles inside the larger circle. This is what we’re doing with audiences. There’s still a large portion of the overall circle that is full of people who might not convert. 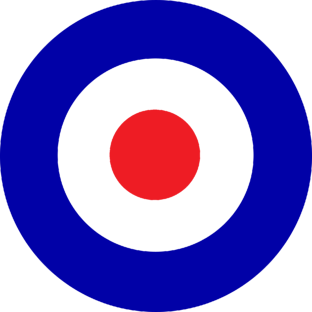 Facebook is going to find those people because it pulls from many data points that we don’t have access to as marketers, like who is likely to see an ad and take the desired action. That’s why as you collect consistent conversions in your ad sets, things get more efficient. The algorithm improves over time. Eventually, you’ll hit the end of your audience, and all of the low hanging fruit will have been picked off. Next steps dictate that you need to find those prospects who don’t fit the typical targeting profile.

Now the fun part begins. I’ve already proven that by opening up audiences, we can get better results. So just recently, I launched my first ad set with no audiences identified other than age. The initial results are promising. I will admit, CPA is higher by 17%, but the key is that we’re getting consistent leads. This strategy, over time, should prove to be more efficient.

What about you? Have you tried this strategy? What are your thoughts and concerns? Hit me up on Twitter with your feedback!