Dayparting is a must for anyone running online ads, and optimizing it is an effective way to both decrease your spend and increase ROI. Below is a list of five steps that can help you optimize your campaigns. While the concepts of automating your PPC campaigns may be simple, the implementation may seem more like wielding a double-edged shinobigatana infused with the souls of ten thousand marketing ninjas that annihilates your two biggest enemies: wasted money and inefficiency. Here's how to make dayparting work for you.

Many people think of dayparting simply as ad scheduling, but it is so much more. On its most basic level, dayparting works by running ads during specific hours of the day and days of the week in order to better target customers and optimize your ROI.

Many people assume that by turning ads on and off and increasing ad spend during certain periods they’ll get good results, and they will. But optimizing your dayparting can get you great results.

By paying close attention to the trends (as in consumer behavior, not unicorns), you’ll start noticing when customers are clicking on your ads, and more importantly, when and how they are converting. Too often marketers fall short of this vital second step.

The internet has put products at the consumer’s fingertips 24-7, but most consumers still make larger purchases during certain parts of the week or month, or after consulting with another person during the weekend.

With one luxury travel client, we had lots of clicks on weekdays, when people welcome the distraction of taking a mini trip via an ad, but the vast majority of inquiries happened on the weekend, when people had time to think about the trip or ask their significant other if they were interested. 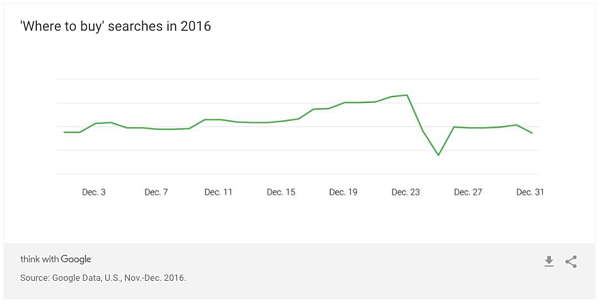 2. Break it Down by Customer

Not all customers are created equally, and yet so many of us simply run the same ad set at different times and call it a day. Depending on what it is you’re selling, you may have two or more different sets of customers, meaning you’ll need different ad sets that you daypart at various times.

A previous client of mine had three distinct consumer groups: professionals, moms, and retirees. Their high-end professional products (which cost up to $3,000 per unit) sold primarily during business hours and in big cities, whereas moms were most likely to purchase consumer products (which cost a few hundred) during school hours and after bedtime.

Retirees, who have more time and money to invest (and purchase mid-range products that cost around $1,000), would click buy throughout the week, and were the only consumer group to purchase on weekends. Each one of these received their own ad set which was optimized according to their spending time, greatly increasing ROI.

3. Hone in on Your Target Area

Another way to increase ROI is to optimize ads and create various ad sets for different geographical regions.

During the launch period for a restaurant, we quickly discovered that there were three sets of customers: office workers, students, and families. Lunch clients were 90% office workers, so along with reaching out in person to the neighbors, we ran weekday ads targeting a smaller radius (walking distance) and focusing on the “fast food” element.

During the afternoons, we’d target the university area with ads about “Chinese Home Cooking” (and promptly stopped when there was an overwhelming response from Chinese students who became regulars), and during the evenings and weekends, we targeted the more affluent areas of the city, advertising the culinary experience of the authentic food to people who could afford to eat out. 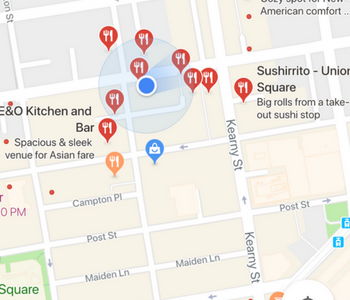 The result of optimizing both by customer and by geographic region was that business grew five-fold and the restaurant had a steady stream of customers every day of the week.

Too many dayparting campaigns waste marketing dollars by running advertising in hourly blocks rather than strategically breaking it down into smaller time chunks around common tasks or activities.

If your customers are office workers, you can target your ads to strategically catch them before and after set events when they take a minute to decompress. This might be when they first arrive at the office (8-8:30 am) or shortly after lunch (1:00-1:30 pm). It could also be during the last 20 minutes of the working day, when their work is done but they are prisoners at their desks.

By simply honing in on these smaller blocks of time, some of my clients have reduced their spending by 50% without losing any business. This could be further optimized with different ad sets that address them during these particular periods, as the 8 am rush and 3 pm slump lead to different consumer decisions.

By rotating different ad sets throughout the week or switching up when you run certain ads, you not only increase your chances of being noticed, but also decrease the chance that someone flags your ad as one they don’t want to see yet again.

Think of it this way: maybe your customer really liked your ad the first time they saw it on Monday, but didn’t buy. The next time they see the ad it may have lost its allure, or alternatively, they may hope to see the same ad again at a more convenient time. I personally resent any ad I see before my coffee kicks in, but am often pleasantly surprised when I see them again, when I’m in a friendlier state of mind. By mixing up the ad sets you run at a certain time you can cover your bases on both, keeping the magic alive while creating regular impressions with customers.

So you can see, there is so much more to dayparting than just “scheduling ads” and with a little bit of research, experimentation, and tracking, you’ll be able to reduce ad spend and increase ROI in no time. No wonder it is AdStage’s most popular feature.

Can’t wait to get started? Automate your dayparting by signing up for a free trial.