The Art of the Chart: 5 Keys to Stunning Data Visualization

Since William Playfair created the first modern charts in the late 18th and early 19th century, the field of data visualization has come a long way, and a bevy of specialized and nuanced visualizations have been developed. This means that for every kind of story you’d like to tell with your data, “There’s a Chart for That.”

In this article, we share some tips and tricks you can use right away to make your next paid marketing report a stunner.

1. Whitespace is your friend

Give your data room to breathe. This focus on clarity means not overloading your charts with too many data points. For line and bar charts, there should be enough room at the bottom and left side of the chart for all of the divisions of the axes to be clearly labeled and understood. For bar charts, a good general guideline is to limit yourself to no more than 2-3 bars per point on the X-axis when comparing multiple data categories per point. 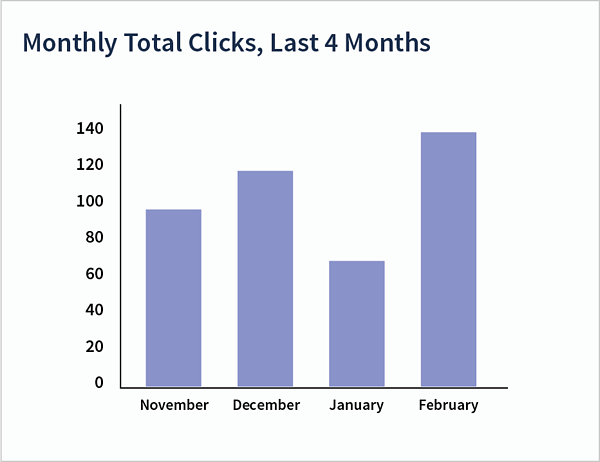 2. Variety is the spice of life

Focusing on clarity also means making different datasets easy to distinguish. In a line chart, this might mean having one line be solid, and the other be a dotted line, for instance. In a pie chart, where the primary method of distinction is color, this means picking a color palette where no two color representations are too close. If all the slices are equally important to your narrative, give them each equally bright (or dull) colors so that no one slice takes the focus.

On the other hand, if you want to call attention to a particular slice, give all the other slices similar, preferably more muted (grays, beiges, etc.), colorings, to allow the spotlight data to really stand out from the rest. Ideally, the color scheme you pick should still work in a black and white printout, as even today, lots of reports end up as low-quality scans or copies where color is either severely limited or absent altogether. If brand colors are required, use them, otherwise, try a color scheme generator tool such as Colormind - tools like this one make it really easy to create stunning charts. 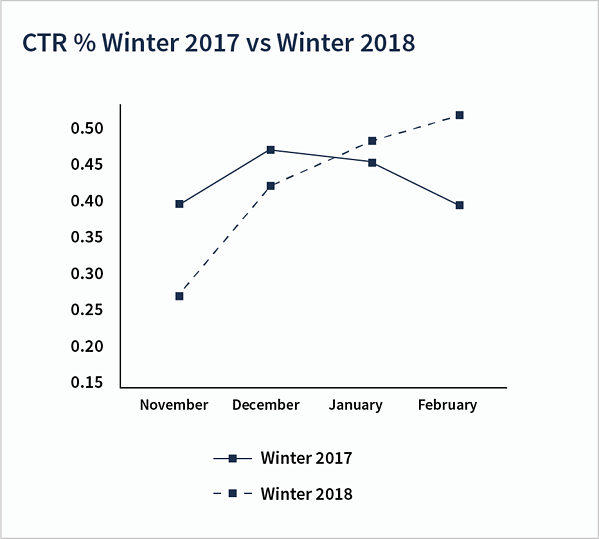 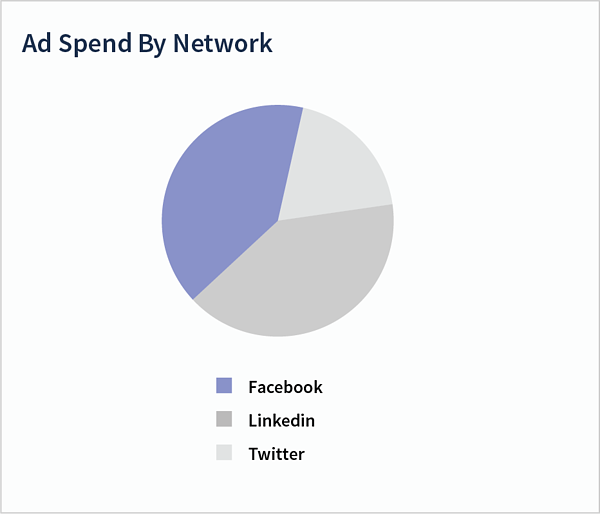 3. Use the right chart for the job 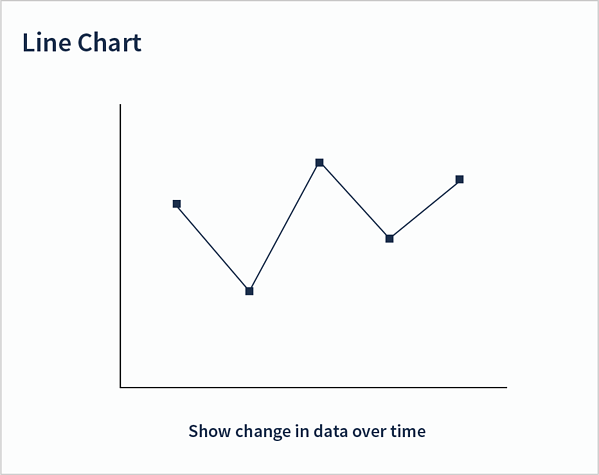 Use this one when you, say, want to track month-over-month clicks for a given campaign, perhaps overlaying a second line chart to compare those values with the same months from the previous year.

The bar chart. So ubiquitous, it’s used as the icon for the Mac spreadsheet application Numbers. Choose the bar chart for hassle-free comparison of different data points by showing their amount on one axis (usually the Y-axis) alongside their category (usually shown on the X-axis). A specific type of bar chart, called a histogram, is used much like the time series chart, to show multiple snapshots of a single value, rather than a single snapshot of multiple values as seen in a typical bar chart. Keep in mind, bar charts aren’t limited to one bar per category on the X-axis.

One pitfall to avoid is trying to show too many different values along the X-axis, as the limited horizontal space in a typical bar chart doesn’t allow a lot of space for label text. If too much data is crammed into the X-axis, the chart becomes unwieldy and difficult to interpret. 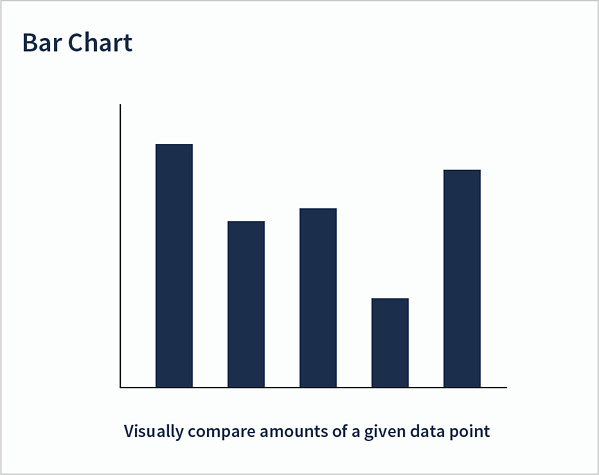 Let’s say you want to track CTR per ad network for a given month. You could use a bar chart, with the Y-axis labeled with the min and max CTRs, with equally spaced (and enough whitespace to be easily read) labels between them on the Y-axis, and then you could either have one bar for each network if only showing a single month’s totals, or you could group the network bars, showing their values for a multi-month view of your results.

The pie chart shines when you need to show the ratio of “slices” of data to the whole pie, as it were. If you want to show your ad spend for Facebook as a portion of your total ad spend for all networks, for example. Pie charts are great at showing a handful of different segments of data at once. However, once you start to go beyond that, the pie slices can become too small to really be useful. Use this one when you’ve got relatively few data ratios to show, and the ratios of those data points to the total sum of the data is important to telling your story. 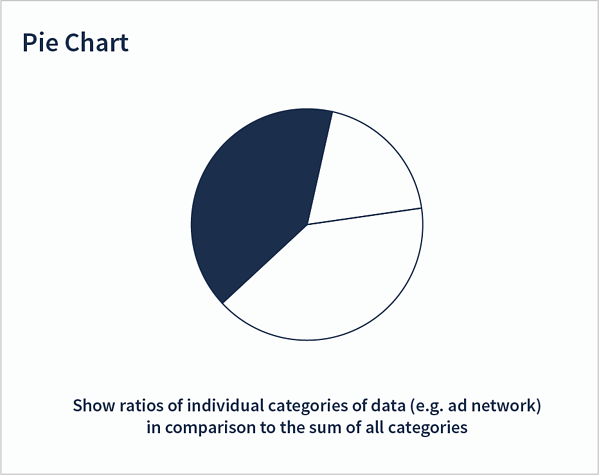 For your monthly report, you might want to show distribution of your ad budget among ad networks within an account. Your Bing ads have been underperforming recently, so you want to make sure they’re not eating up too much of your PPC budget compared to your other ad network accounts.

This chart type is great for showing progress toward an end goal. It looks a lot like the fuel gauge in a car, and just as the fuel gauge shows the ratio of fuel still in your car’s tank to the full capacity of the tank, so a gauge chart shows the current value of something compared to a goal value. 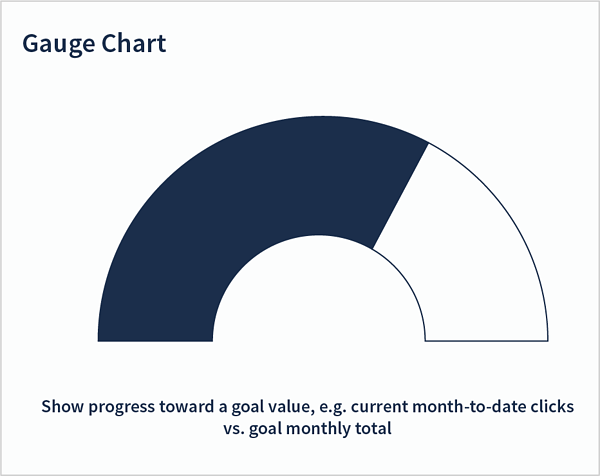 Let’s say you wanted a certain ad to get 100 clicks per month. You could set up a gauge chart with 0 being the min value and 100 being the max, and plot where along that line your current click count sits, to be able to tell if you’re on track to where you need to be, or if you need to alter your campaign or ad settings to try and ramp up that click count.

With all the easy access to fancy effects like gradients and drop shadows, it can be tempting to go wild with the possibilities. However, you’ll have much more pleasing results if you abstain from any special effects, and stick to simple fills and outlines.

The next time you set out to create a report layout to wow your client or boss, use this checklist to ensure that your report will be the star of the show:

By following the strategies outlined in this article, you can rest assured that your data will be shown in its best light, and you’ll be able to be proud of the story your data is telling through the use of your stunning visualizations.

For more information on the myriad charts available today, check out the data visualization catalog.

To start creating stunning, data-rich PPC reports with an intuitive and easy-to-use builder today, sign up for a risk-free trial of AdStage.