Despite its 17% revenue growth year over year, Bing is forever trying to sprint out from under Google’s shadow. Earlier this year, Google expanded ad capabilities to allow more characters and lines. A few months later, Bing announced the same capabilities. But even though the search engine lost some ground to its main competitor, Bing’s Q3 CPC, CPM, and CTR numbers prove it’s not something marketers should ignore. Read on to see what we found when we analyzed over 37 million ad impressions and over 1 million clicks for ads on Bing. And, don’t forget to download the report for all the stats on CPM, CPC, and CTR benchmarks for Facebook, Instagram, LinkedIn, Google Ads, Google Display Network, YouTube, and Twitter. 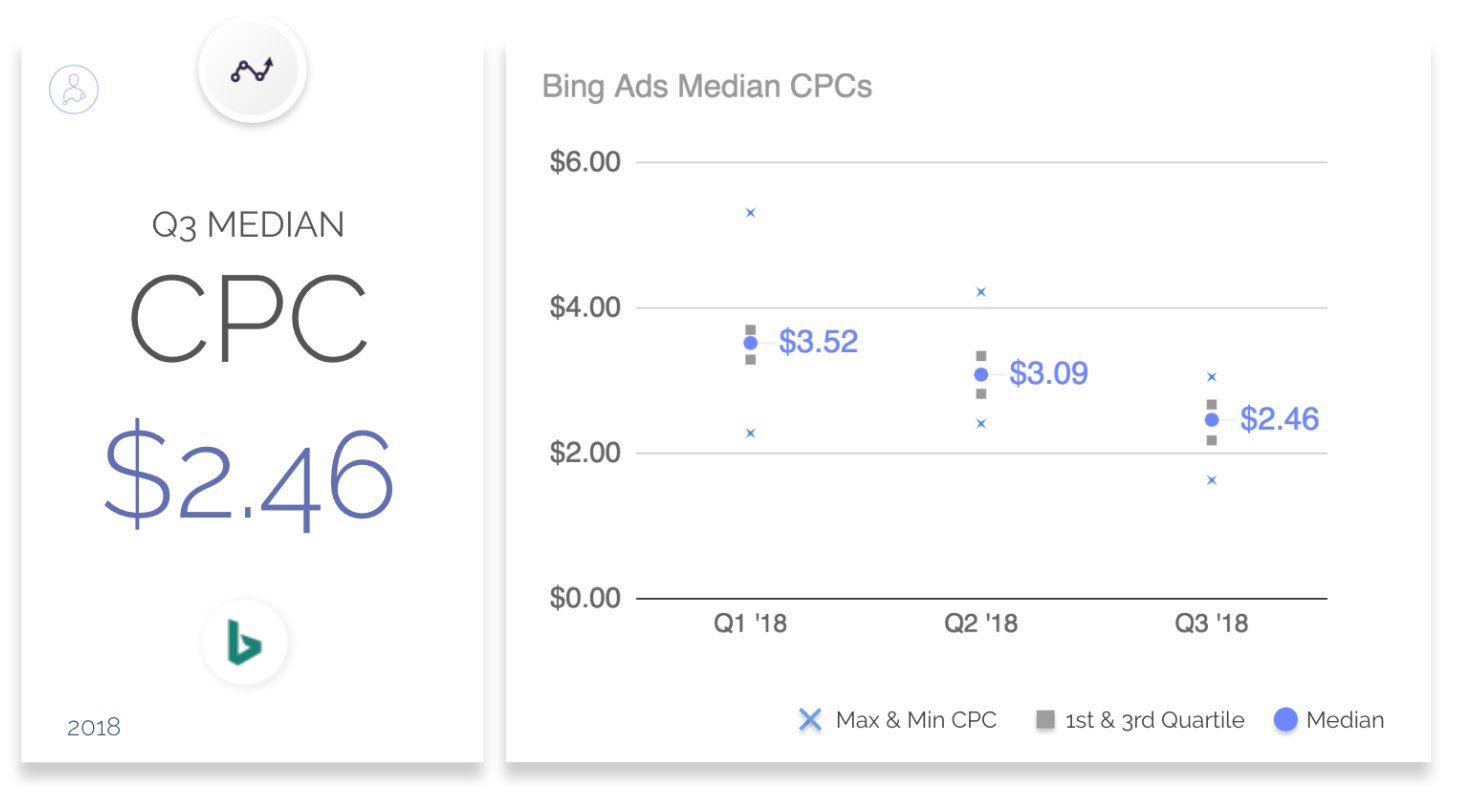 Bing CPM on par with Google Search CPM
We found that median CPM dropped a whopping $22 from last quarter, landing $1.50 below the $69 median CPM we calculated for Google Search. Bing’s CPM is 21% cheaper Y/Y. 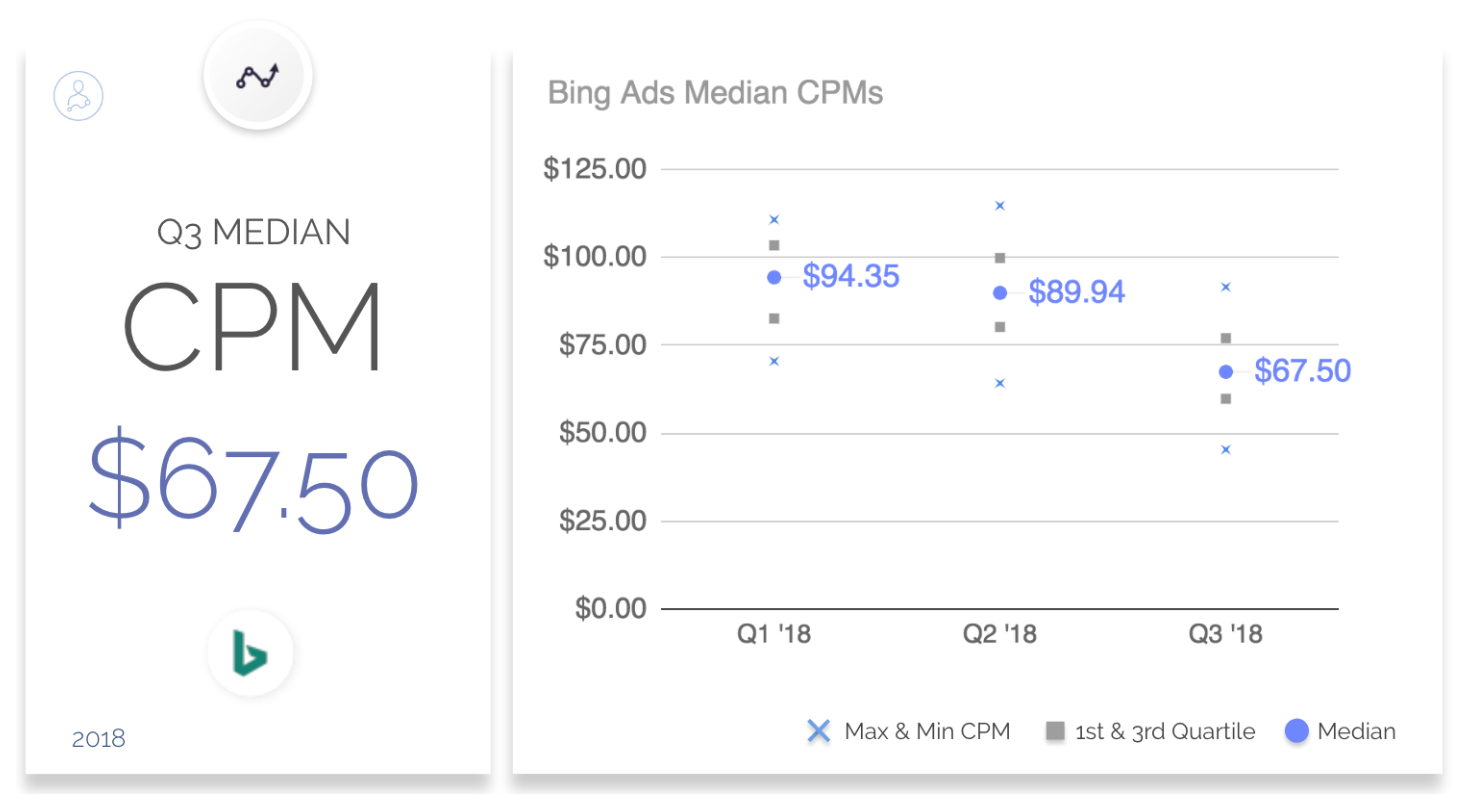 Bing CTR drops slightly
Median CTR for ads on Bing decreased slightly from last quarter but has increased significantly, 34.6%, compared to Q3 of 2017.

Bing ad trends Q3 2018
Bing’s new search features take discovery even deeper. Upholding Microsoft’s commitment to make AI accessible to everybody, Q3 saw Bing debut a handful of features that take search to a new level. In June 2018, the company launched Visual Search, which allowed users to search the web using their camera. Bing expanded on that technology with a host of new capabilities including:

Bing also announced an intelligent feature that allows users to easily compare prices across multiple providers so that you can save money and time. The examples they offered included hotel booking, home services pricing and scheduling, and coupons and deals.