While Facebook continues to get tons of flack for questionable practices, Instagram has stepped in to pick up the slack. According to this Barron's article, "Instagram is 'driving a growing percentage' of Facebook’s ad revenue and will contribute $15.8 billion, or 23%, of fiscal 2019 ad sales for the social-networking behemoth." And analysts say the platform is in a perfect position as advertisers find ways to connect purchases to their digital ads through a host of new products offered by Instagram.

Now let’s take a look at how that shows up in the numbers. Here's what we found when we analyzed nearly 2.3 billion ad impressions and nearly 13 million clicks for ads on Instagram to surface median CPC, CPM, and CTR.

From our calculations, we found that median CPC jumped just 3 cents since last quarter and is still significantly cheaper than it was this same time last year. 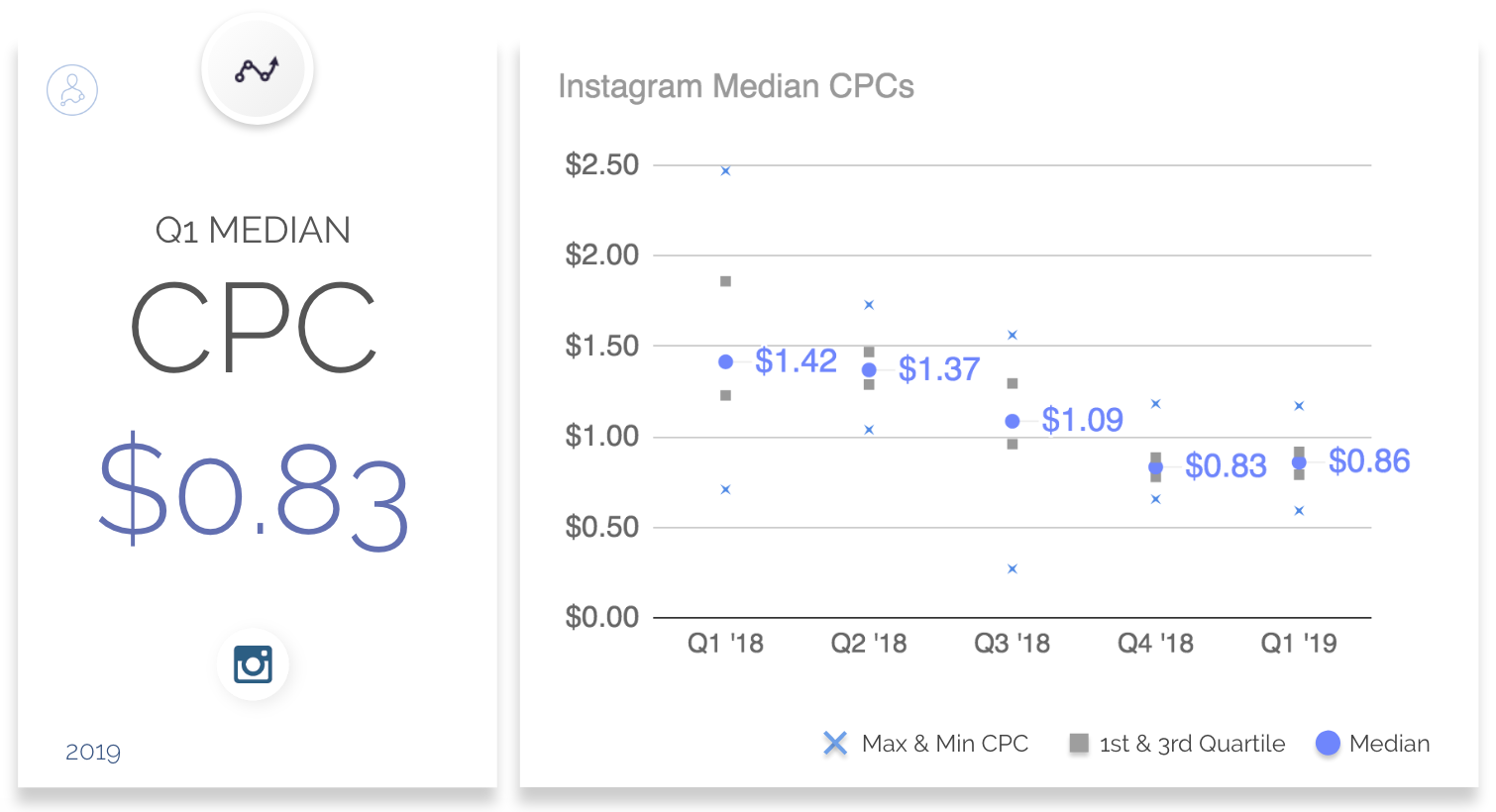 We found that median CPM continued to plunge, dropping 44 cents from last quarter. 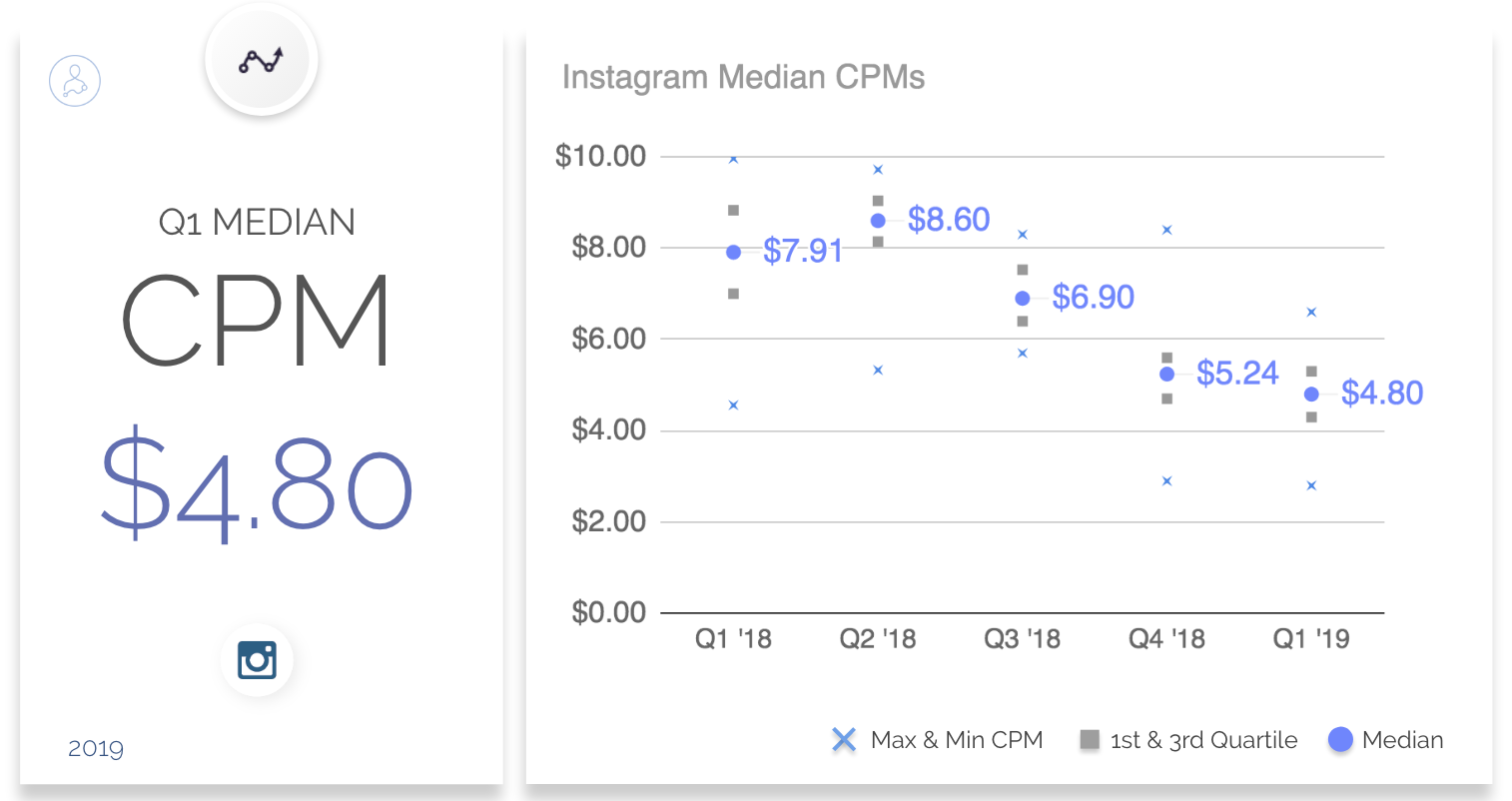 Median CTR for ads on Instagram dropped 0.07%, and is close to where it landed this same time last year. 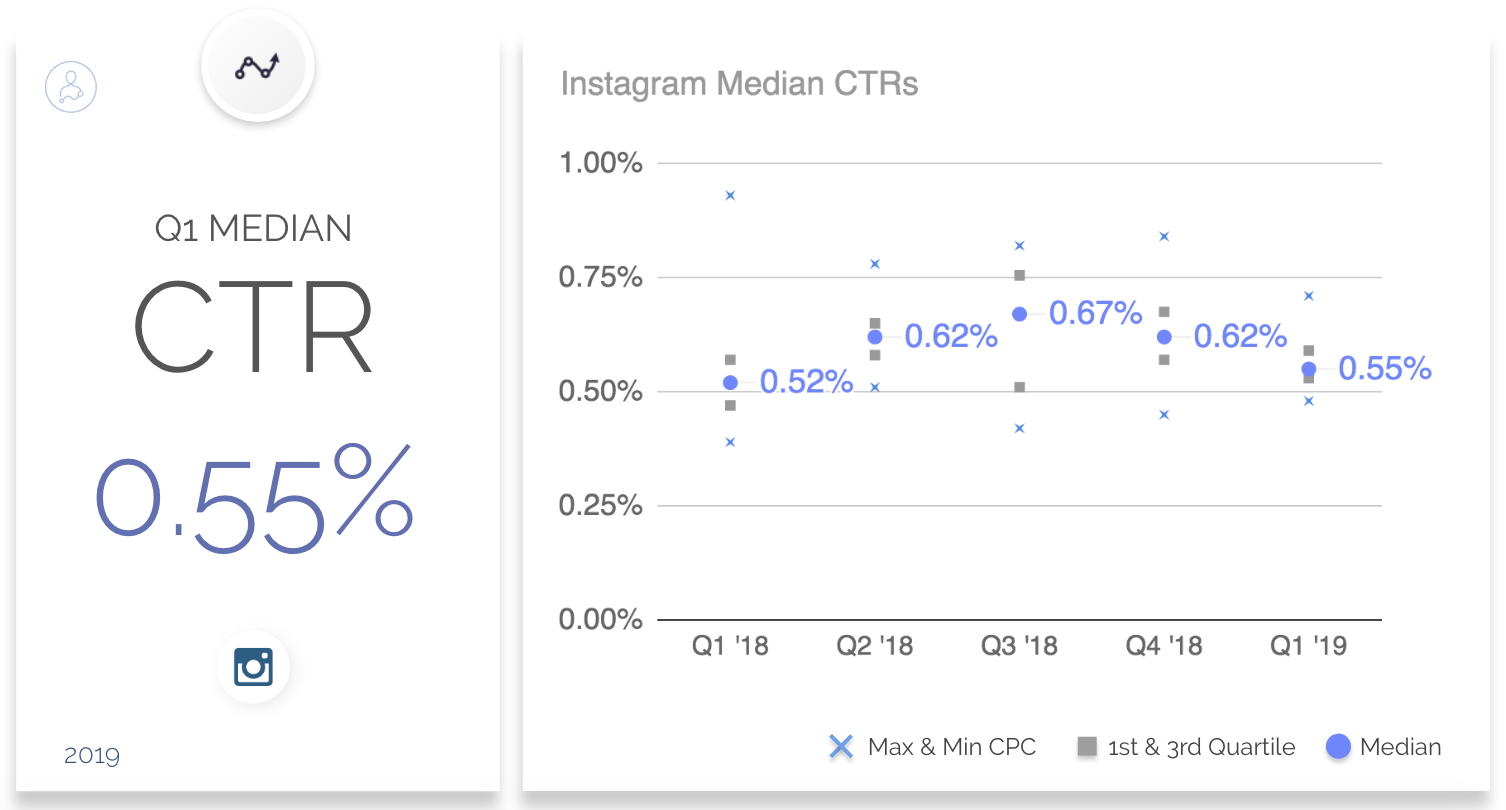 Success with Stories. According to advertising platform Nanigans, marketers are seeing pleasing results from Instagram Stories and reallocating budgets to boost success. In Q4, budgets allocated to Stories increased by 124% year-over-year and 94% quarter-over-quarter. CTR, CPM, and CPC rates for Stories also shot up. CTRs jumped by 52% compared to Q4 2017. CPMs rose 112%, and CPCs grew by 39%.

Expanded Sponsored Posts. Certainly part of Instagram’s ability to help advertisers sell on the platform comes from its dedicated influencers and their die-hard followers. For that reason, in Q1, Instagram started working on a new ad unit for Sponsored Posts, which is a part of a broader strategy to build clear partnerships between brands and creators. Currently, sponsored posts appear with the tag “Paid partnership with [brand name],” but are only shown to followers of the influencers. These new branded content ads can be promoted to appear throughout Instagram’s network.

Direct Messaging on desktop. Like every other platform, Instagram is looking for new ways to encourage people to log in, scroll, and engage. On that front, their latest endeavor is to bring direct messaging to desktop. Currently, users can only access DMs through Instagram’s mobile app. Some digital and social media analysts suspect it’s also a move to bring Instagram up to speed with Facebook’s other products, including WhatsApp, which already support desktop messaging.