After several quarters of slowing growth, Alphabet reported strong ad revenue growth in Q2, claiming a 22% increase year over year. While many factors are likely in play, Alphabet CFO Ruth Porat did mention that, ” YouTube was again the second largest contributor of revenue growth.” At the bottom of this post, find more marketing trends and updates that could have Alphabet reporting increased revenue in Q3, too.

Now, compare your own numbers to what we found when we calculated over3.5 billion ad impressions and over 62 million clicks for ads for Google Search and Google Display Network in Q2, and be sure to read the Q2 2019 PPC Benchmark Report for additional ad performance trends. Check out our Benchmark Report

page for the latest reports by quarter. 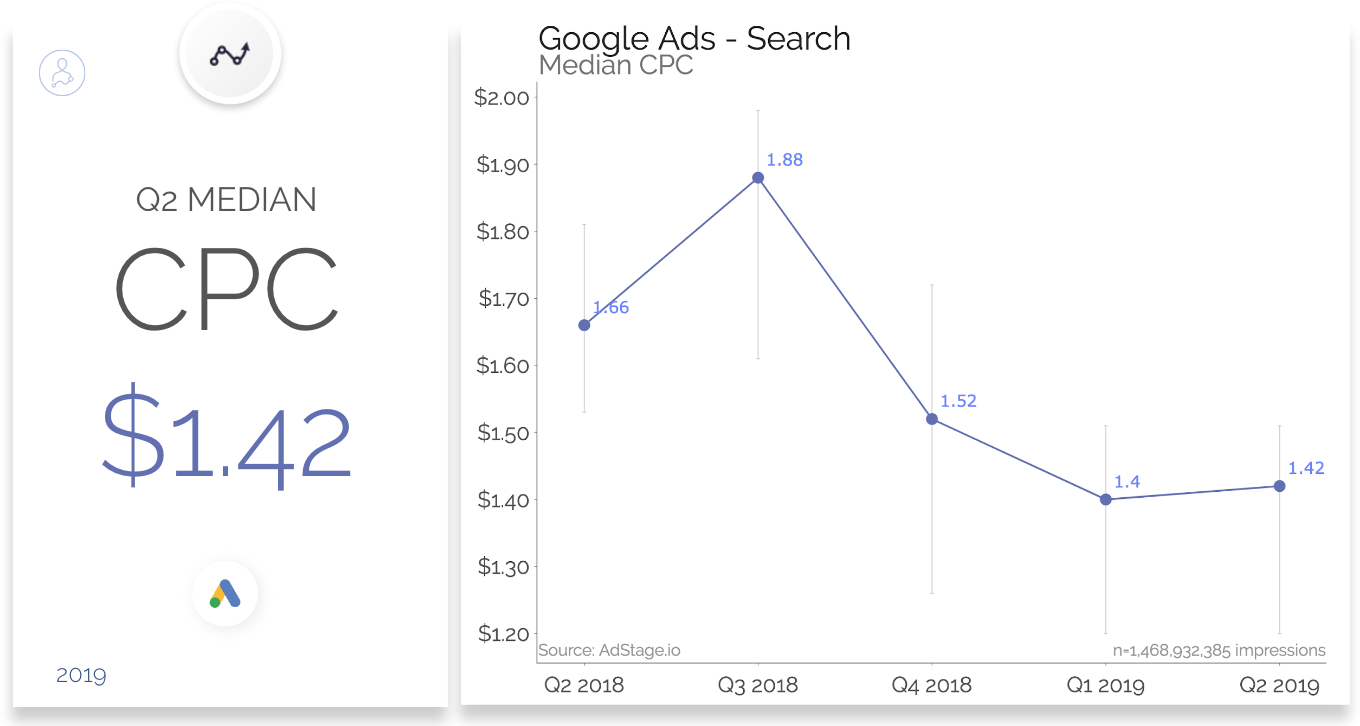 After analyzing nearly 1.5  billion ad impressions and over 42 million clicks for ads on Google Search, we found that median CPM reversed its plunge, rising $3.42 since last quarter, but is still well below the same quarter last year, dropping 33%. 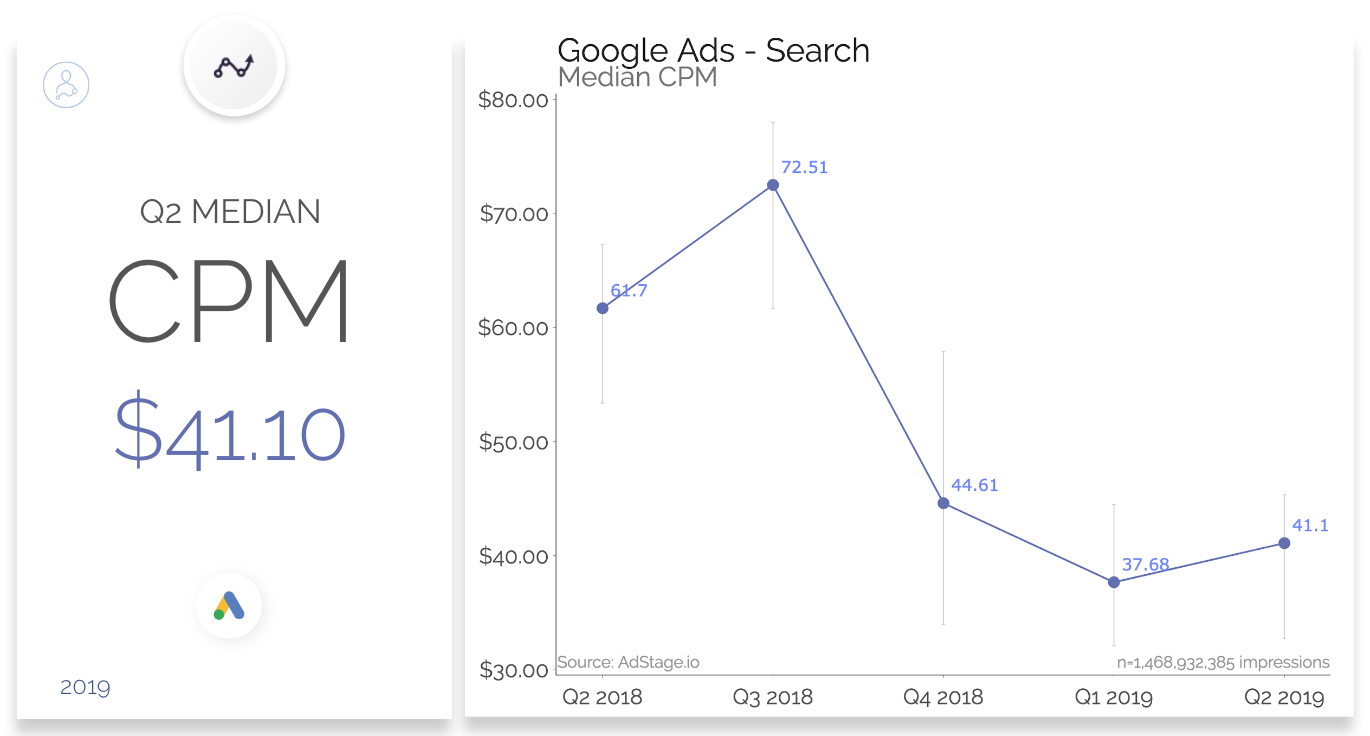 In Q2 2019, we analyzed over 3 billion ad impressions and over 20 million clicks for ads on Google Display Network.

But we observed that clicks still remain considerably cheaper than last year, down 26% Y/Y. 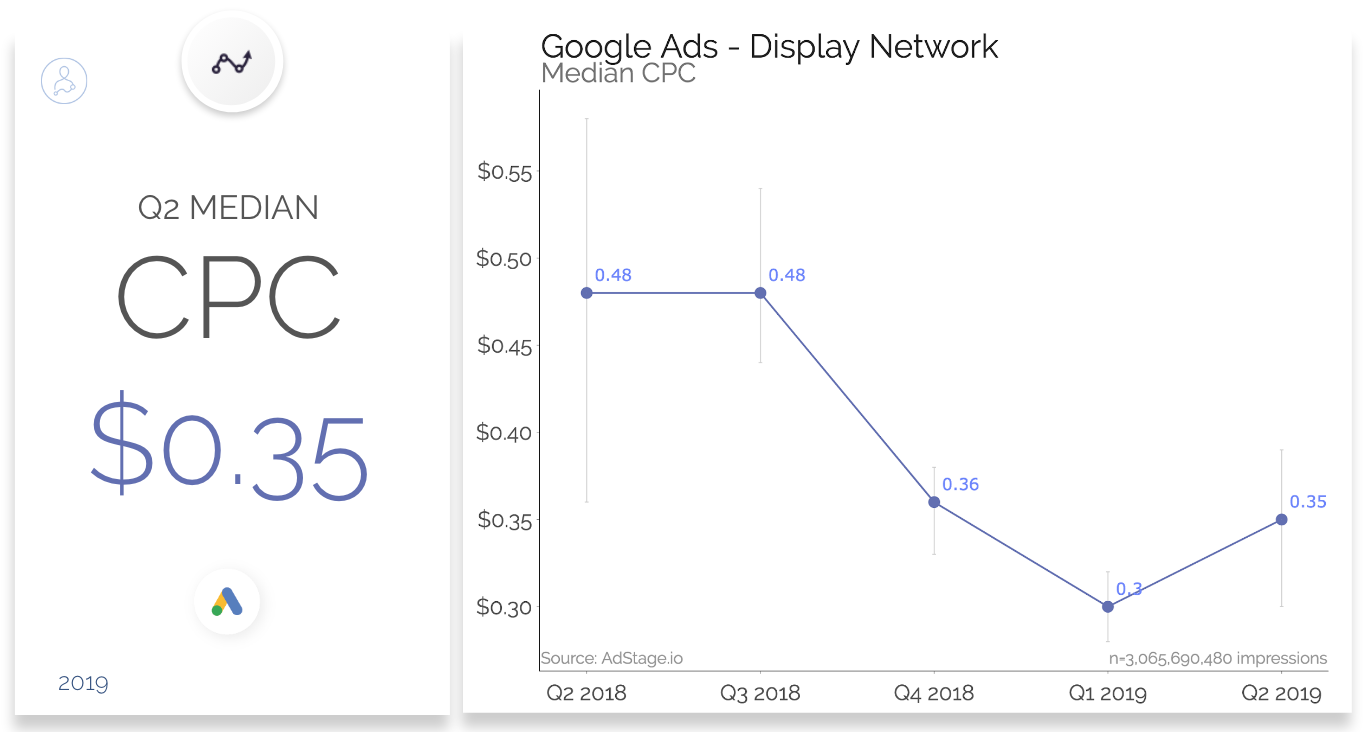 After analyzing over 3 billion ad impressions and over 20 million clicks  for ads on Google Display Network, we observed that median CPM is still up 31 cents Y/Y. 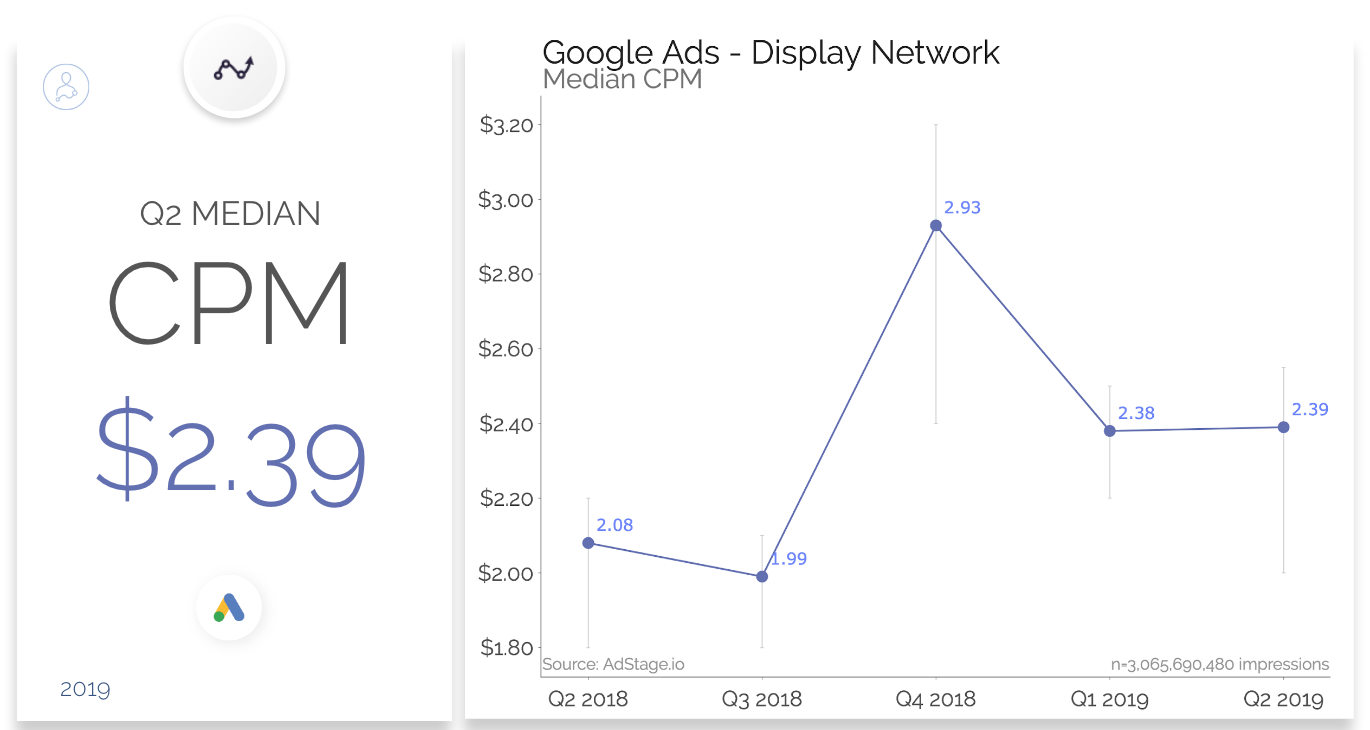 Median CTR for ads on Google Display Network are trending toward the lower CTRs we saw in 2018. CTR remains above last year's performance, coming in 45% higher Y/Y. 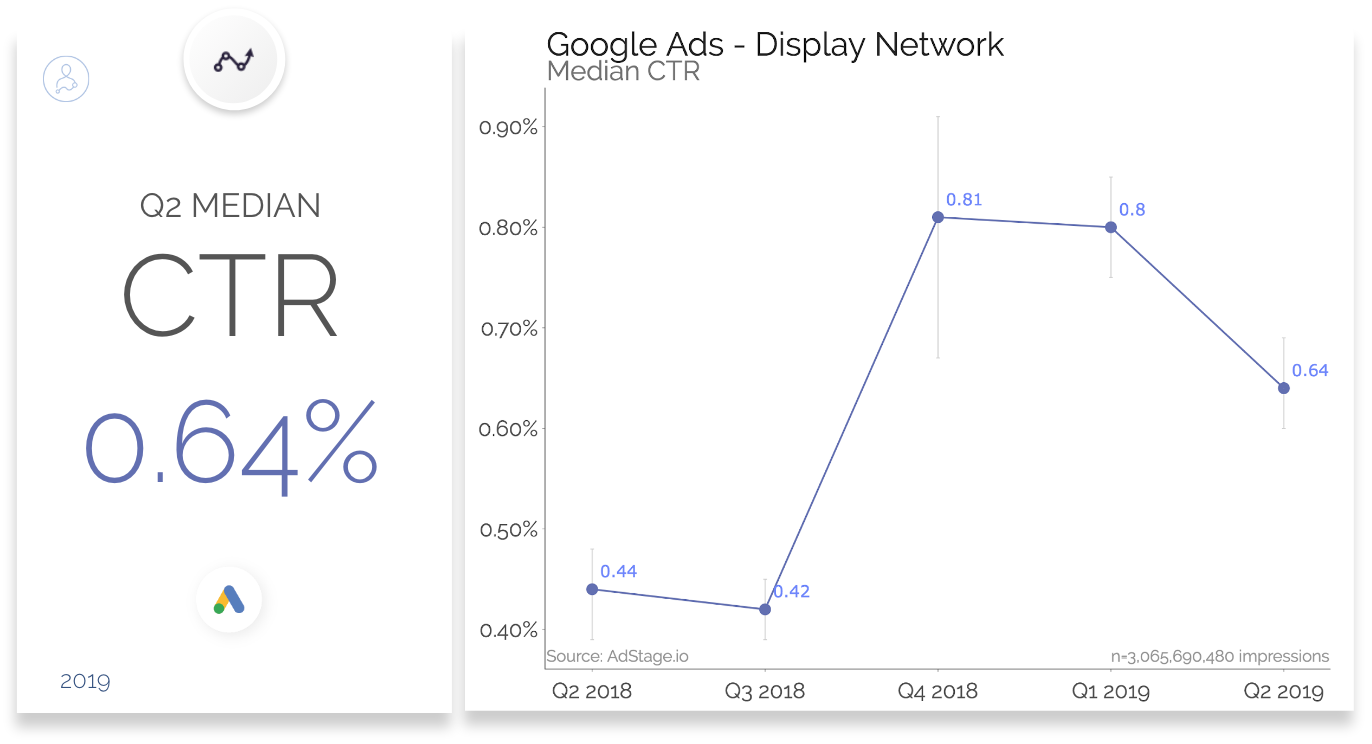 Users can clear tracking cookies: Google is bringing users more transparency around how they’re being tracked across the web with cookies, which could negatively affect advertisers. And some analysts wonder if Google might give its own tracking preferential treatment. With the new changes, Chrome will let users clear all tracking cookies, while not affecting single domain cookies—those are the cookies that store info like logins and settings. Users will also be able to see exactly which sites are setting the tracking cookies. Google also said it’s prohibiting another type of online tracking called fingerprinting, or device recognition. But similarly, some worry it's also beneficial for Google's bottom line. No more fingerprinting is likely to impact the amount of data third parties can collect on internet users.

New mobile search ad format: The new format queues up giant gallery ads. Advertisers can feature up to eight images in the ads, to “make it easier for you to communicate what your brand has to offer,” Prabhakar Raghavan, SVP of Google Ads and Commerce said in the announcement.

Redesigned mobile search ads: Google is also rolling out a mobile search redesign featuring a black “Ad” label, which replaces the green outlined label and a new look for favicons on organic listings. Google said that during testing a majority of users found it easier to identify websites and more than 2/3 said it was easier to scan results more quickly.

Campaign-level conversion action settings: Now available for search and display campaigns with plans to add support for video campaigns later this year. Previously, marketers could only set conversion actions to an entire account. Trying to segment through the default was a complicated and timely exercise. If you’re not sure how to apply the feature to your campaigns, Google suggests, “This feature should be used when your campaigns are aiming to capture different conversion types. If you have proper values setup for different conversion types that are valuable to your business across all campaigns in your account, you should simply use Target ROAS.”

Maps opens up to ads: Since it launched 14 years ago, it’s been relatively free of ads until now. The app now regularly highlights sponsored locations and shows additional paid listings when people search for nearby gas stations, coffee shops, or other businesses. And for the last two years, Google has also tested “promoted pins,” which show an advertiser’s brand regardless of whether or not the user searched for that business.

Read the Q2 2019 PPC Benchmark Report for additional ad performance trends on all the major platforms.