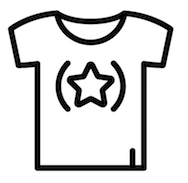 With the intersection of marketing technology and digital ad platforms, B2B Digital Marketers are now getting a chance to justify how much value their efforts influence the sales pipeline. In this post, you will learn how you can best strategize a campaign naming convention that fits your strategic business initiatives and leverage resources to implement the campaign naming convention across your various marketing technology and ad platforms.

Just as important, this will allow you to earn your seat at key meetings because of the ability to deliver insights about strategic initiatives with following this guide.

Technology + Human Input drives better use of your time

If I haven’t convinced you yet, this is the one-time where you can immediately benefit from technology by automating a process around how you slice the data by using delimiters in your campaign name so that you don’t have to manually group campaign sets and have the burden of maintaining the lists.

I will share with you a Google Sheet Workbook with formulas that split the “campaign name” using column delimiters.

Also if you happen to be using a more formal database, you can accomplish this by taking advantage of the split_part function that AWS Redshift has which I also included in the workbook example
-- Between 5th and 6th Delimiter
(split_part("CampaignName", '_', 6)) as "Campaign - Channel",

In a B2B (Business to Business) world where the sales cycle often involves many stakeholders across organizations and takes 6 - 18 months for a transaction to occur, it’s important to properly attribute each engagement in order to best measure influence across channels and holistic campaigns. By attributing engagement through to your CRM platform such as HubSpot, Microsoft Dynamics or Salesforce, B2B Digital Marketers get the opportunity to see how much pipeline has been attributed to key business strategic initiatives. 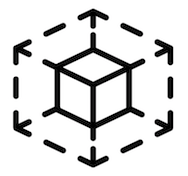 There’s no doubt that digital marketing efforts influence sales pipeline for B2B Companies. Online searches on Google and paid SEM efforts allow brands to reach prospects through awareness or lead performance tactics. Forrester Studies show that 68% of B2B Customers prefer to research independently online prior to any interaction with a sales rep.

Digesting both aspects will enable you to get that edge to think of digital marketing programs that can both acquire new qualified leads and engage existing potential buyers who need just a few more touches until they become a customer. 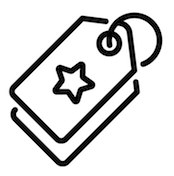 Although the end outcome of the Campaign Naming Convention is to supply this as values into the ad platforms in the form of a Campaign Name or utm_campaign=,etc., it’s really just the beginning and enables you to slice the data as your business leaders see fit.

To cut to the chase, here are a few campaign naming conventions that I have constructed through various discovery conversations with B2B clients of how they measured their data.

Campaign Name use to delineate between program efforts
BUSINESSUNIT_PROGRAM_CAMPAIGN_CONTENT

Determining what works best for you

Listening to your business leaders at your company will enable you to translate their vision into business requirements for your campaign naming convention strategy.

When your business leaders share their vision, what are key ways you can slice/segment the data to help inform them about how the digital marketing performance is doing against that initiative?

Here are a few examples of how you can translate their vision into business requirements for your campaign naming convention strategy:

How-To-Guide on Naming Your Campaign Exercise

Step 1: Develop a core list of Attributes that you want to be able to strategically segment performance by.

Step 2: Populate the values into the Campaign Name worksheet using the core list of attributes to derive your campaign name which is a formula using "_" (underscores) as placeholder breaks to delineate between the attributes.

Step 3: In the Ad & Marketing Tech Platforms, ensure that you use the derived campaign name in both the name of the campaign and also the utm_campaign attributes.

Extra Credit: Create naming convention at the ad level. You can use the same strategy of campaign naming on ad naming. You create an ad name made of up the qualities of the ad (Blue image + Free Trial CTA + feb 23 2019 001 =blue_freetrial_02122019001) and then put it in the utm_content param.

After you successfully implemented your campaign naming strategy, the payoff is worth the time investment in the strategic planning of rolling out the campaign naming convention.

Step 4c: Create a pivot table from the performance workbook template to provide better decisions for both your Marketing & Sales leaders to create actionable insights.
Example of an Insight & Action Item by rolling up the data by “Geo”:

Example of an Insight & Action Item by rolling up the data by “Source”:

Example of an Insight & Action Item by rolling up the data by “Content”:

Overview of the Value of creating a Robust Campaign Name: 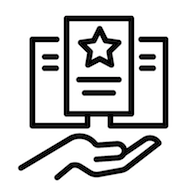 By creating a robust Campaign name, this will allow you to systematically parse out key attributes about the campaign so you can slice and report on them without much manual work. In addition, this sets the foundation to be able to report through to your marketing technology platforms such as Marketing Automation and CRM platforms.

Going through the exercise of strategically aligning your campaign names to the business initiatives will enable you to Be Better and get your next promotion!