In Q4, Microsoft reported that LinkedIn was seeing record levels of engagement among its 610 million registered users; a 34% increase in sessions in fact. With heavy updates to its analytics dashboards and changes to Sponsored Content designed to generate higher-quality clicks on ads and improve campaign ROI paired with cheap CPCs and a rising CTR, it’s a good time for marketers to get involved.

Now let’s take a look at what we dug up for Q4 2018 when we analyzed over 2 billion ad impressions and over 5 million clicks for ads on LinkedIn. 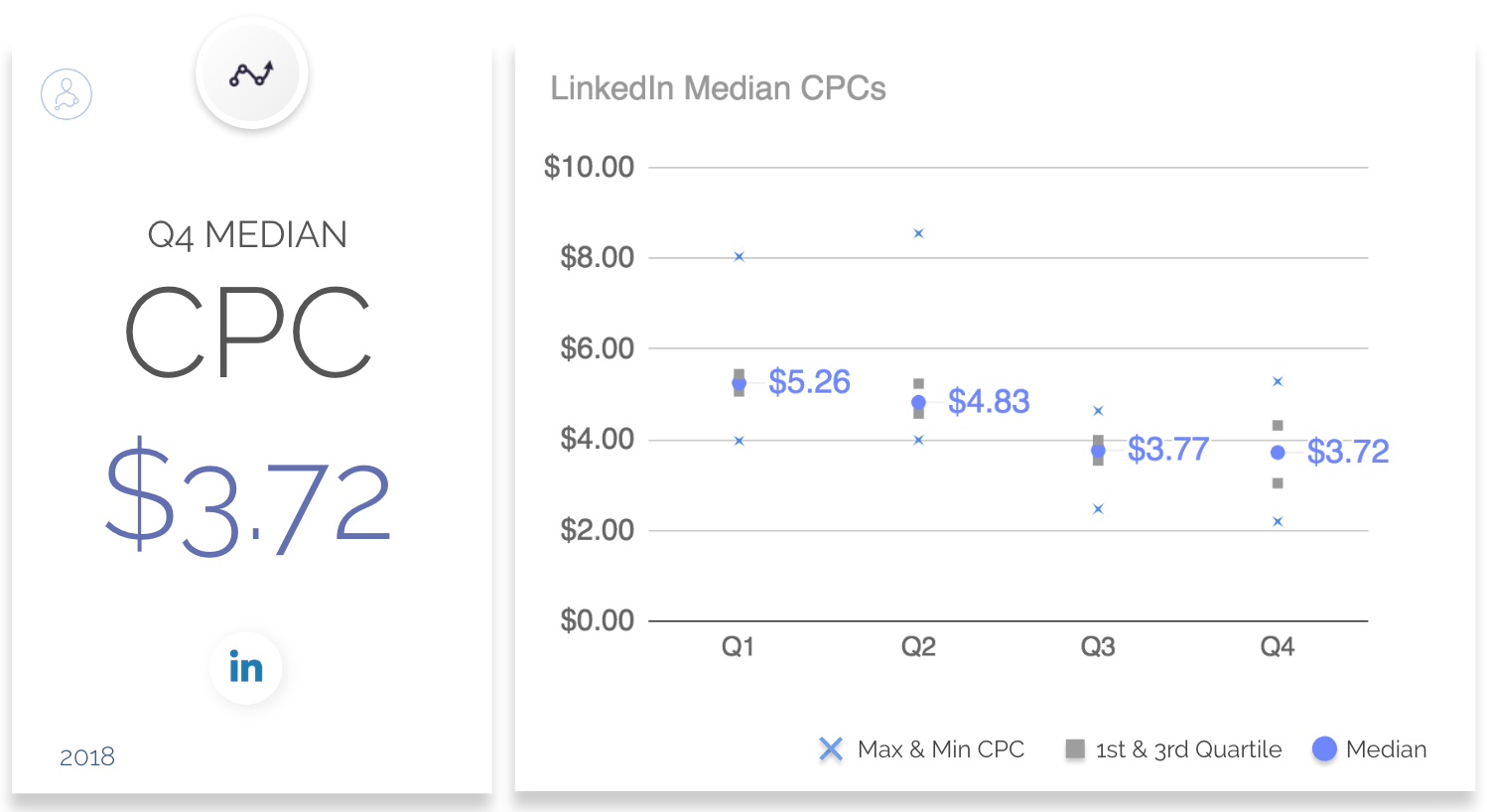 According to AdStage calculations, median CPM ended on a high note, jumping 82 cents from last quarter, but is down 46 cents from Q4 last year. 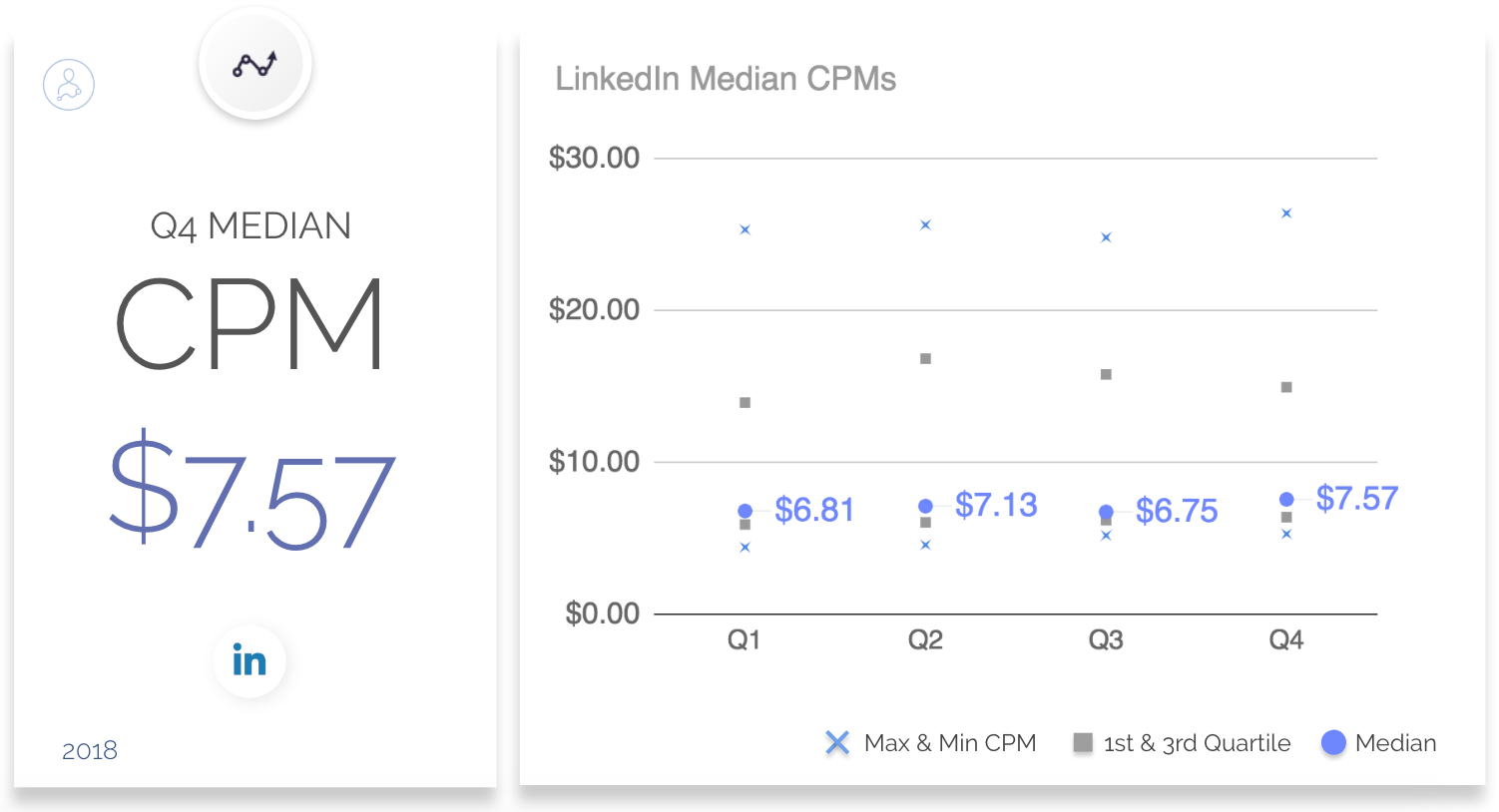 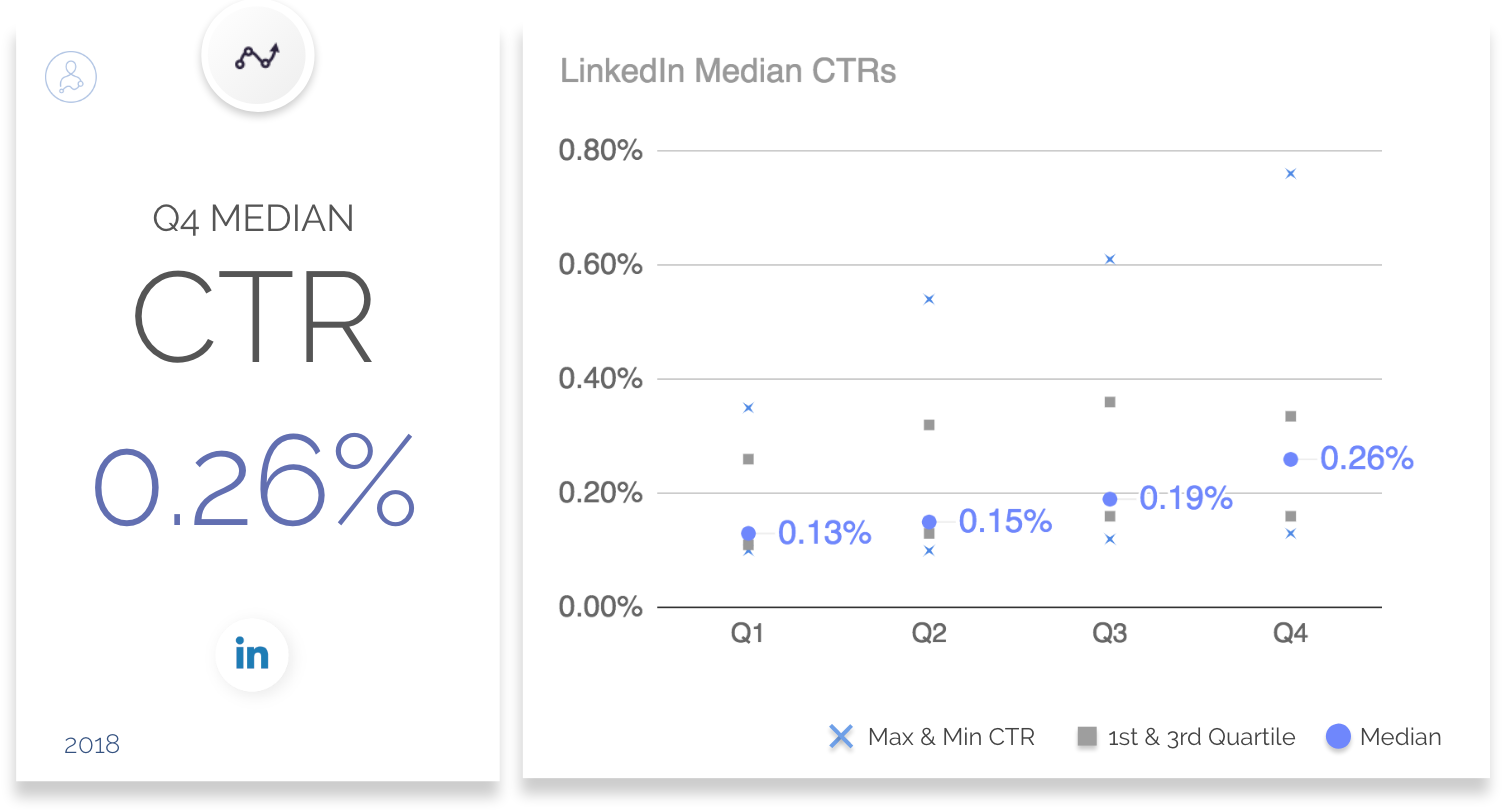 Integration with Google Campaign Manager. The partnership allows marketers to see LinkedIn ads alongside all other paid spend and reveal attribution for LinkedIn ads across all impressions and interactions measured across devices and platforms. The integration launched earlier in the year with support for only a few ad formats, but in Q4, added capabilities for Sponsored Content.

Changes to Sponsored Content. The updates are designed to generate higher-quality clicks on ads and improve campaign ROI. One example they provided was an expansion See More button for longer copy that would reveal all of the text on the same screen rather than sending the user to another page, as was the result in the past. LinkedIn said with the change, clicks on See More became free. The company prefaced the changes by saying though campaigns may see a decrease in CTR or an increase in CPC, the expectation was a higher ROI from clicks coming from people who truly want to visit your site, go further with your content, or provide their contact info