How much of your budget goes to advertising on Bing? If you said "none," you're not alone (but potentially missing out on a valuable audience...). According to a study by Wordstream, 44% of the marketers who answered the survey say they do not advertise on Bing. Of the marketers who do advertise on Bing, 26% say their budget for the year will be the same, 21% said they will increase their investment, and only 3% said they will decrease it. With costs falling and CTR on the rise, will those numbers shift?

Read on to see what we found when we analyzed over 76 million ad impressions and nearly 2.3 million clicks for ads on Bing in Q1 2019. Be sure to read the Q4 2018 PPC Benchmark Report for additional ad performance trends. Check out our Benchmark Report page for the latest reports by quarter

In Q1 2019, we found that median CPC continued to drop, falling 36 cents from last quarter. Compared to the same time last year, median CPC for ads on Bing is down $2.06. 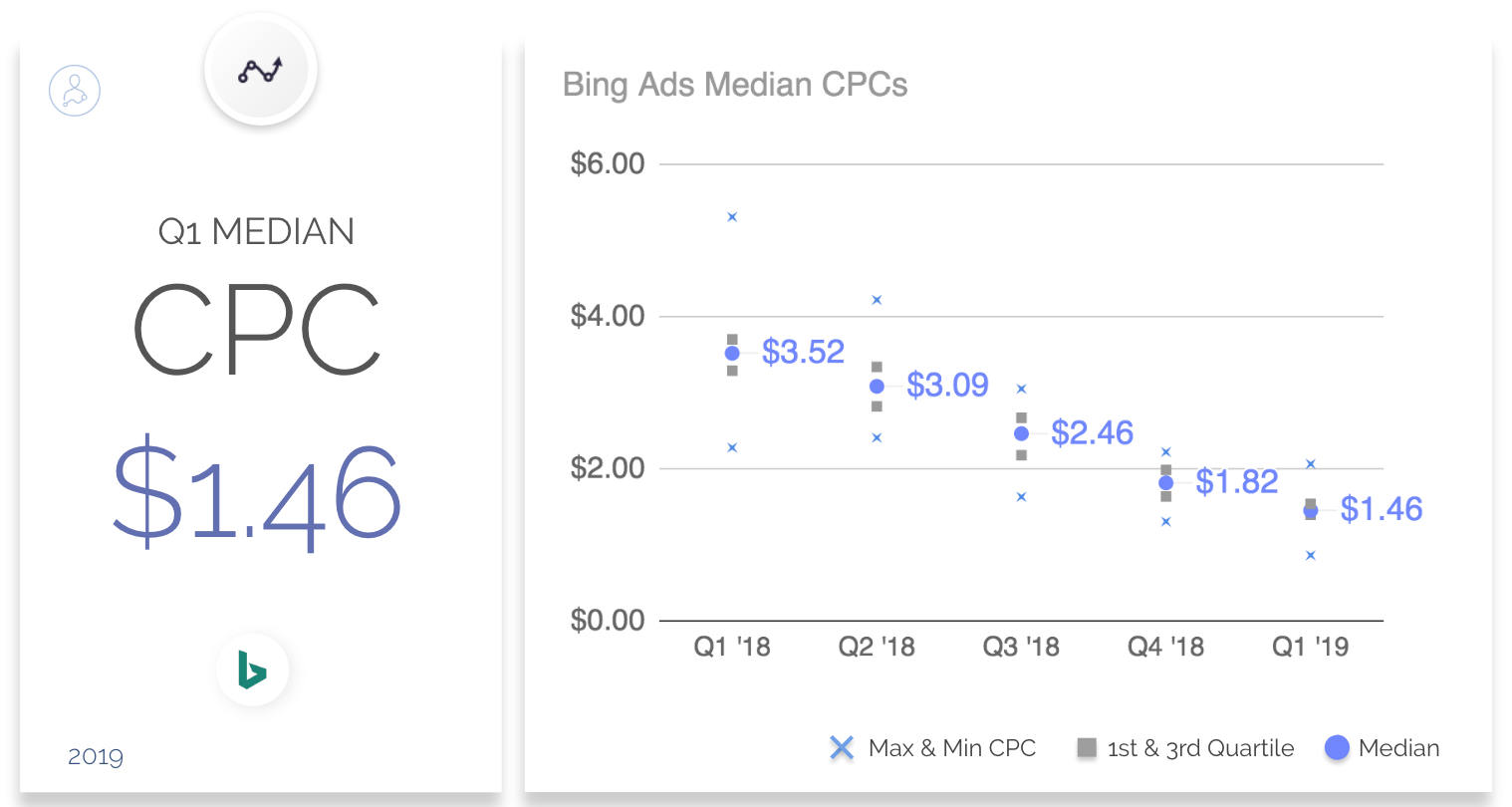 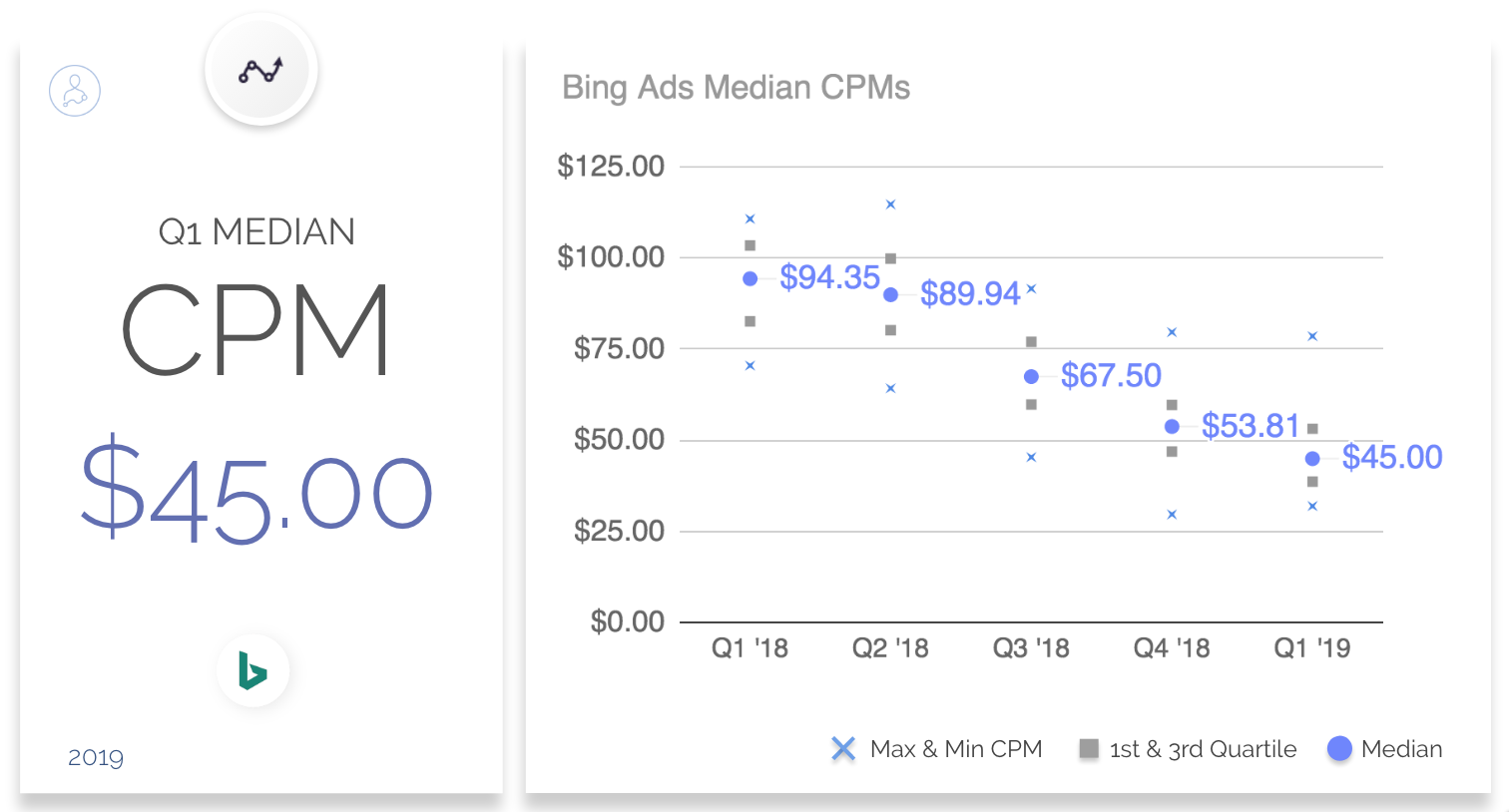 Our math showed that median CTR for ads on Bing increased slightly Q/Q, but is up 0.55% compared to the same time last year. 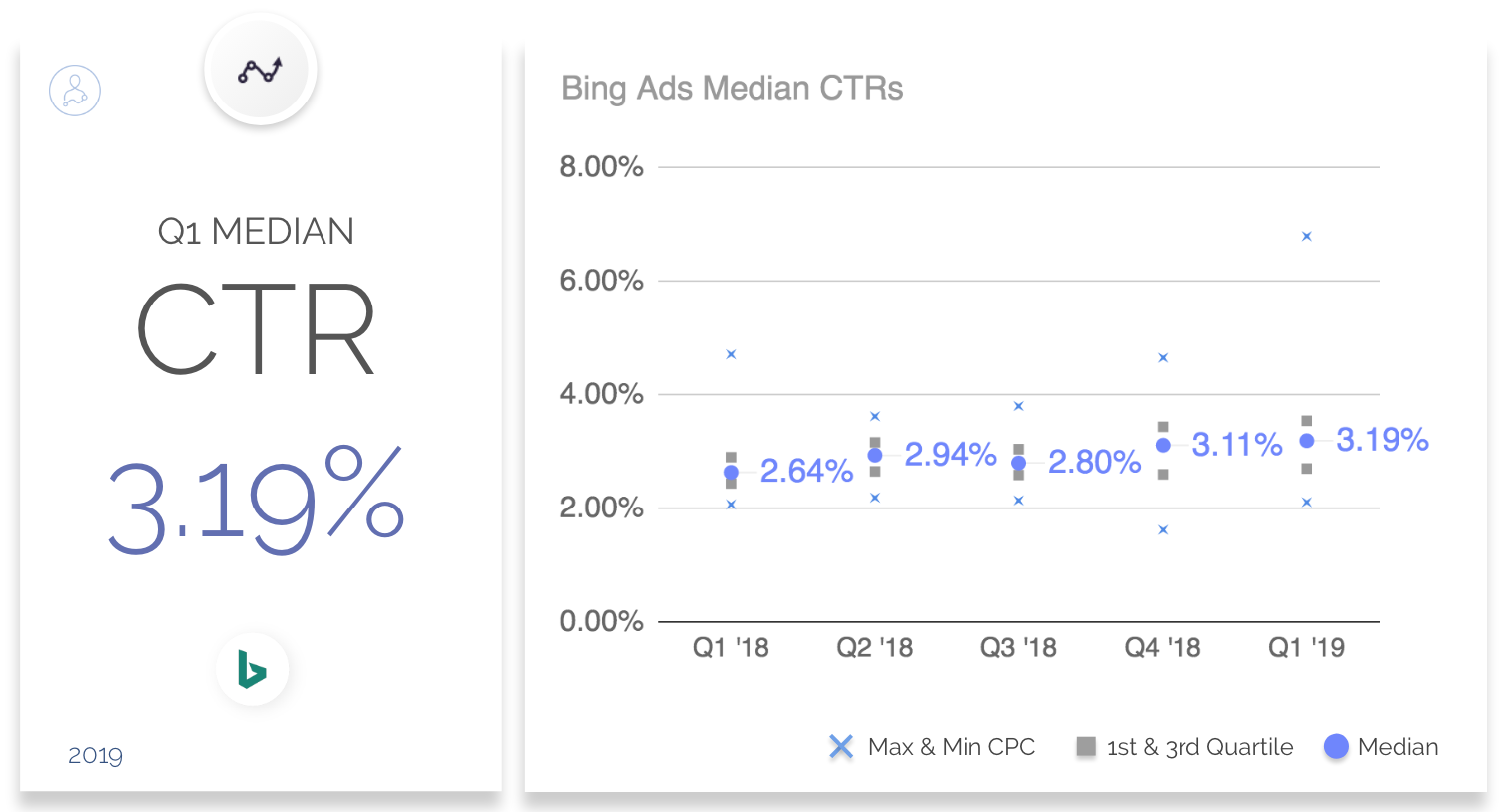 AI-powered performance insights. Bing explains the new feature as “when a significant or unexpected change in your account performance is detected, Bing Ads’ machine learning automatically attempts to identify why it happened and proactively inform you.” For example, if you see a dip in impressions, Bing will highlight the anomaly for you and offer follow up actions.

3D ads in search. In a similar innovative vein, Bing is teaming up with Samsung to bring 3D ads to search specifically for the cell phone makers new Galaxy S10. Users on desktop can use the feature to get a closer look at product features and details. The 3D unit expands to the size of the screen and users can interact with it by rotating and zooming in on the product image to explore features. No doubt Bing will look for other ways to apply this technology to other campaigns.

Bing Ads exclusively serves Yahoo search traffic. For marketers, this means Bing Ads, Yahoo, and AOL will be simplified and accessible under the Bing Ads umbrella and managed in the same Bing Ads platform and will give them access to an expanded audience, which could drive up clicks.