The beginning of 2019 saw YouTube working hard to convince advertisers that it is quickly becoming a "TV killer," according to this article from Digiday. With average viewing sessions lasting 40 minutes (up 50% Y/Y) and millennials stating they prefer YouTube 2:1 over traditional TV, the argument shouldn't be a hard sell.

Keep reading to see how marketers are responding to this positioning in Q1. Here's a peek at what we found when we analyzed over 242 million ad impressions and nearly 1.2 million clicks for ads on the platform. Be sure to read the Q1 2019 PPC Benchmark Report for additional ad performance trends. Check out our Benchmark Report page for the latest reports by quarter.

According to our Q1 2019 calculations, we found that median CPC dropped $1.07 from last quarter and is down 67 cents Y/Y. 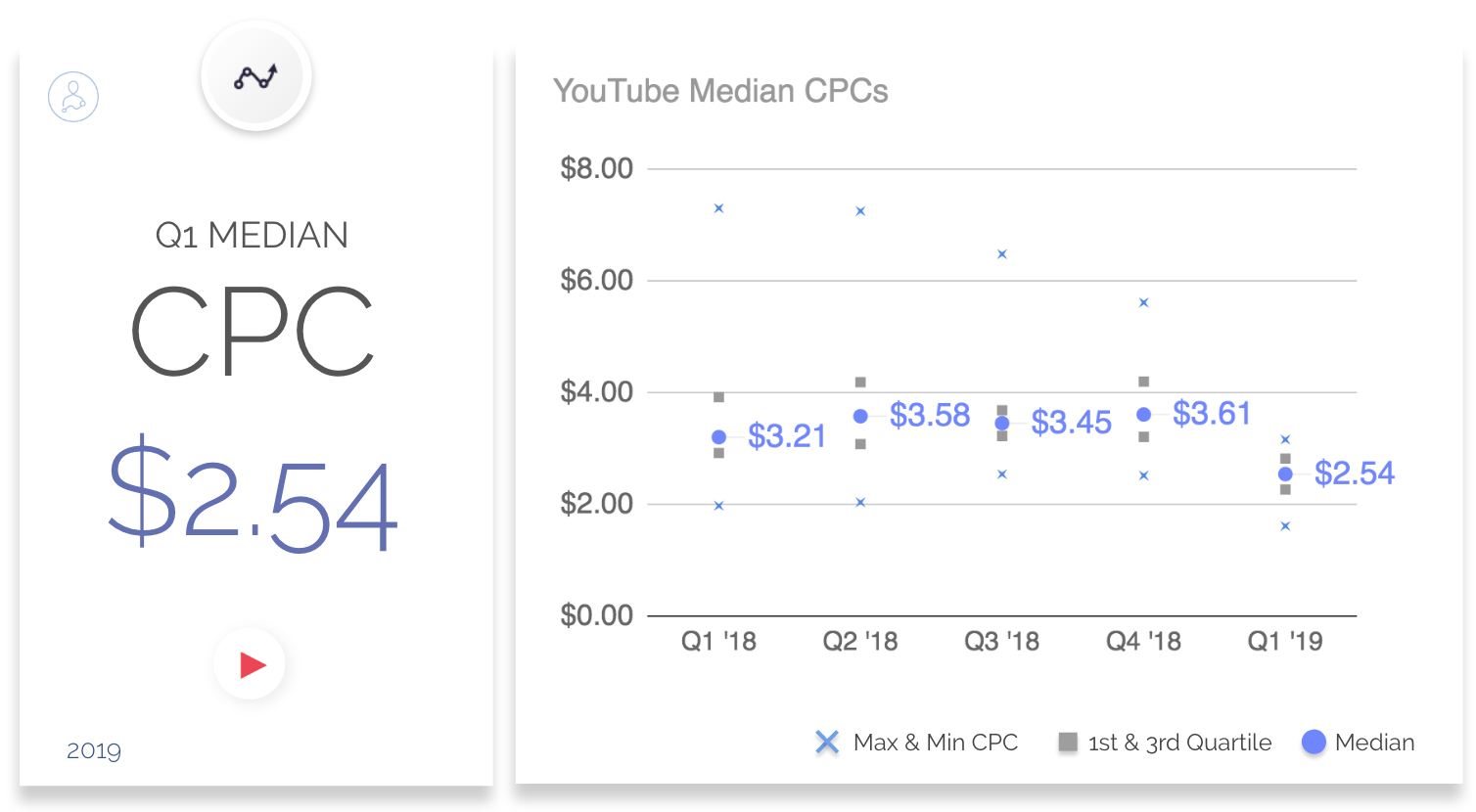 We found that median CPM decreased by 24.1% since last quarter and is down $2.25 compared to the same time last year. 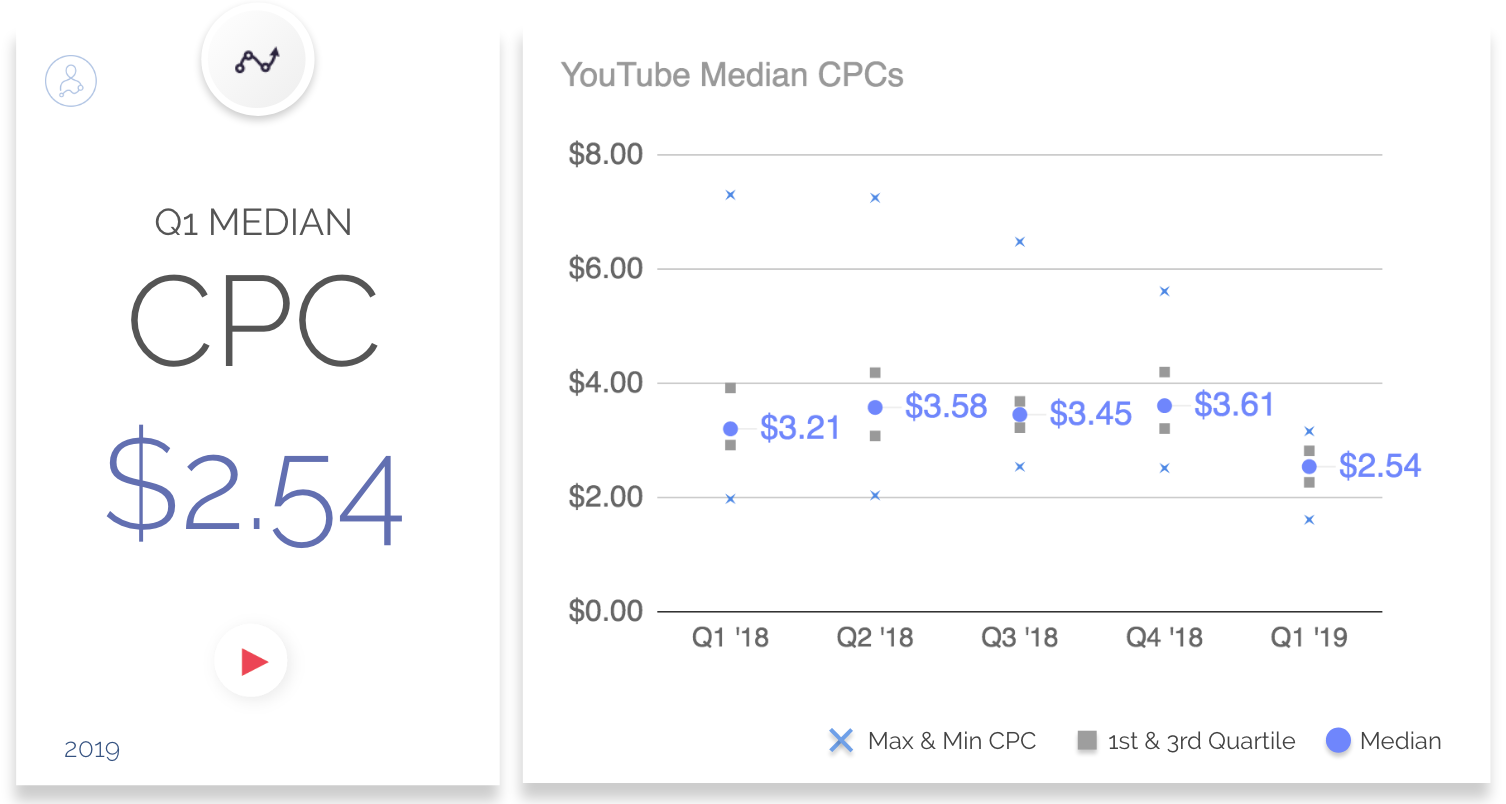 Median CTR for ads on YouTube jumped up 0.06% in the first quarter, and is just slightly down Y/Y. 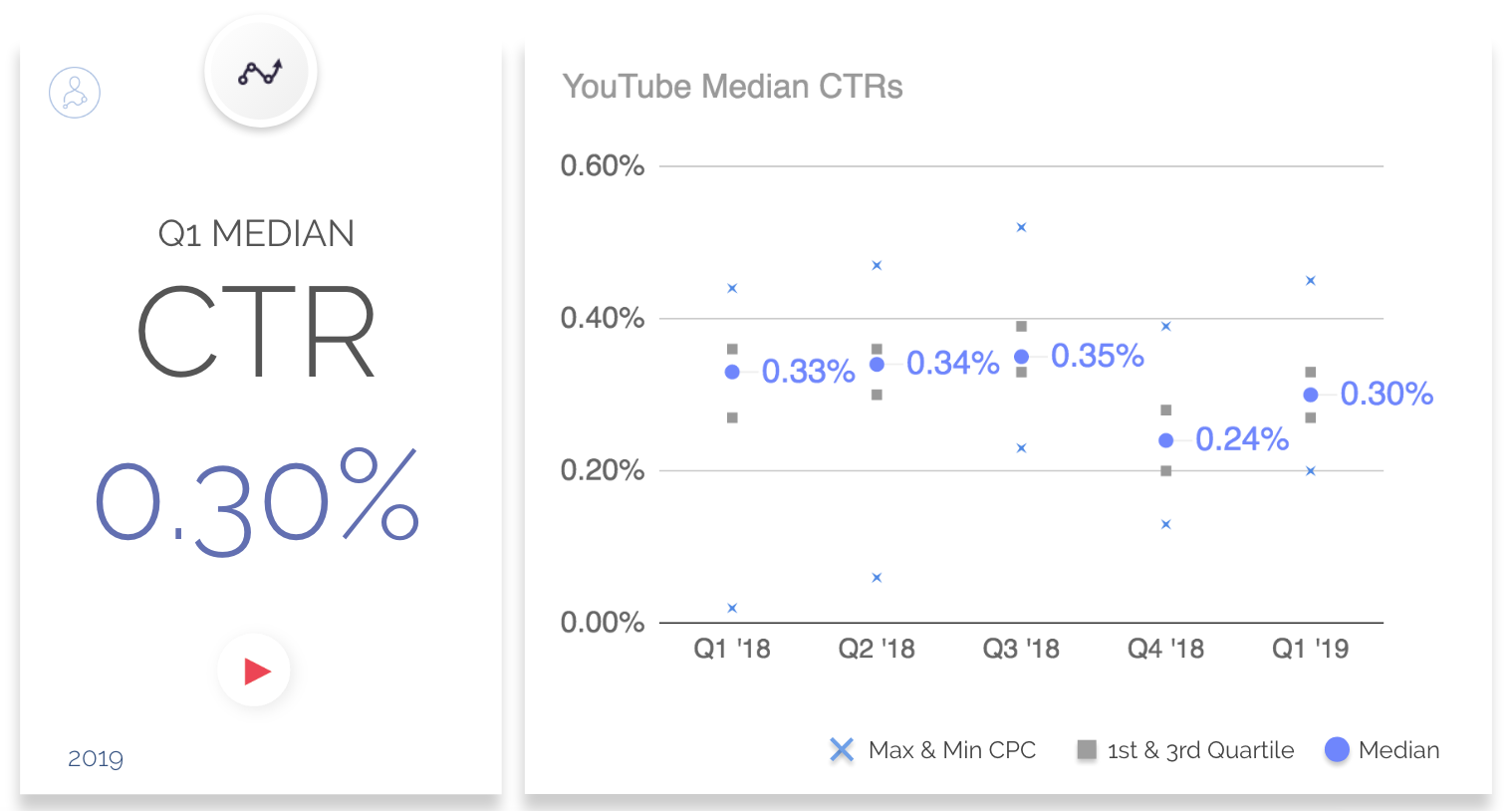 Ads removed from anti-vax videos. YouTube saw itself caught up in the media in Q1, and it wasn’t because the news was good. As cases of measles outbreaks reached record levels, YouTube removed ads on videos that advocate against vaccination after marketers complained about programmatic ad placements showing up on anti-vaccination focused content. YouTube justified the move saying the videos fall under its policy prohibiting the monetization of videos with “dangerous and harmful” content.

YouTube loses big name advertisers over concerning video comments. But anti-vaccination wasn’t the only content topic advertisers were upset about. AT&T, Disney, and Epic Games dropped their YouTube ads over concerns of pedophile comments on videos. AT&T had just started advertising on the platform again after pulling ads in 2017 over concerns their ads were appearing with videos that promoted terrorism. To combat issue, YouTube says it disabled comments on tens of millions of videos featuring minors, removed thousands of comments, and deleted over 400 channels who had participated in the inappropriate comments.