Do you enjoy watching pre-roll ads on YouTube? YouTube says that yes you do, and for that reason, according to a recent report from AdAge, it will now double up the number of ads users are required to watch before or in the middle of a video. YouTube says the new “ad pods” allow more commercials to be shown one after another instead of interrupting videos multiple times. No doubt the result of double the commercials playing will show up in future CPC, CPM, and CTR. But for now, let’s take a look at Q3 numbers. Don’t forget to download the report for all the stats on CPM, CPC, and CTR benchmarks for Facebook, Instagram, LinkedIn, Google Ads, Google Display Network, Twitter, and Bing Ads.

YouTube CPC remains relatively flat
We found that median CPC dropped just 3.6%, falling 13 cents from last quarter, and is up 37 cents from where it was in Q3 2017. 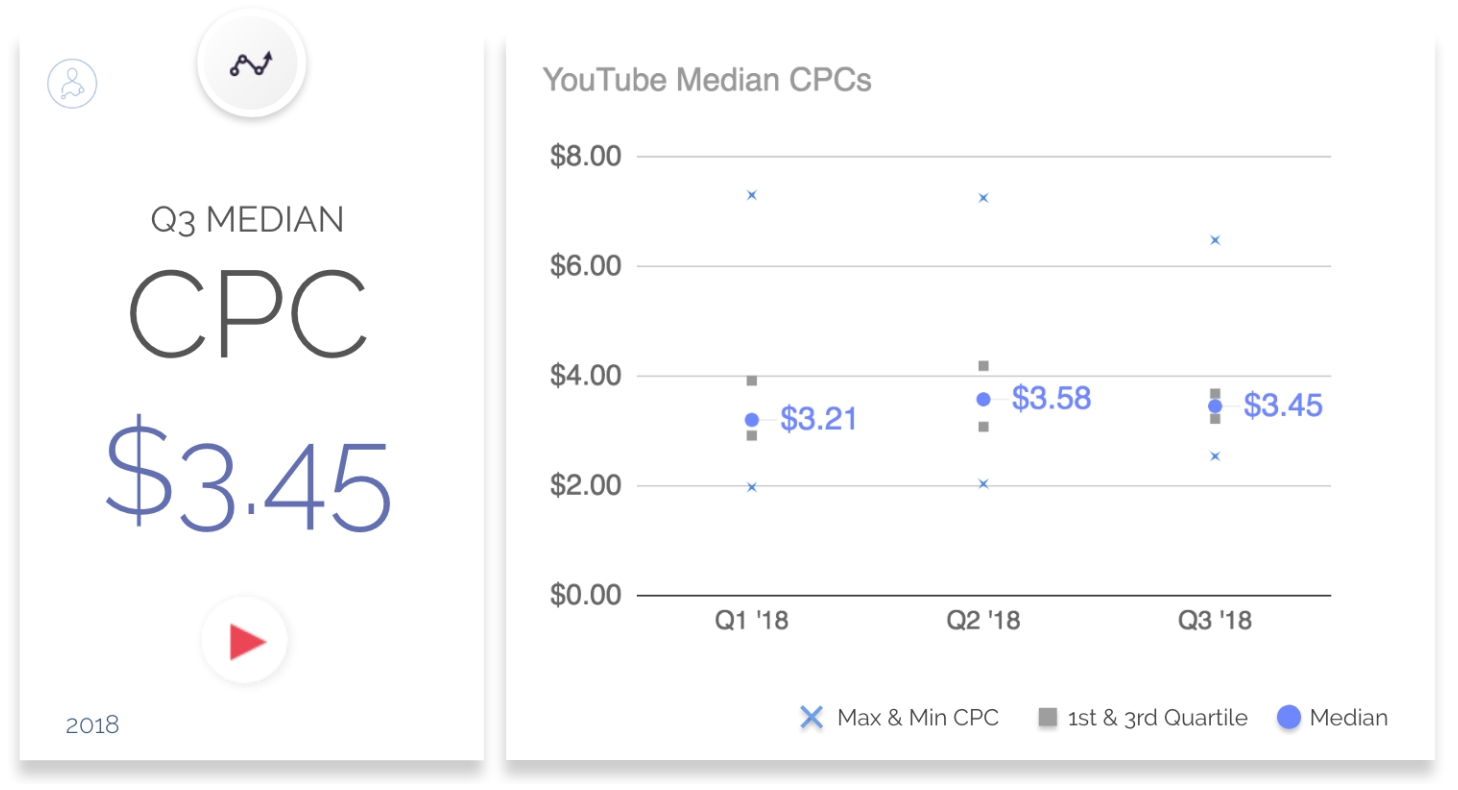 YouTube CPM makes a $1.37 jump
According to Adstage data, median CPM increased for the third quarter in a row after a $9.75 start this year. Compared to the same time last year, median CPM is up over $2. 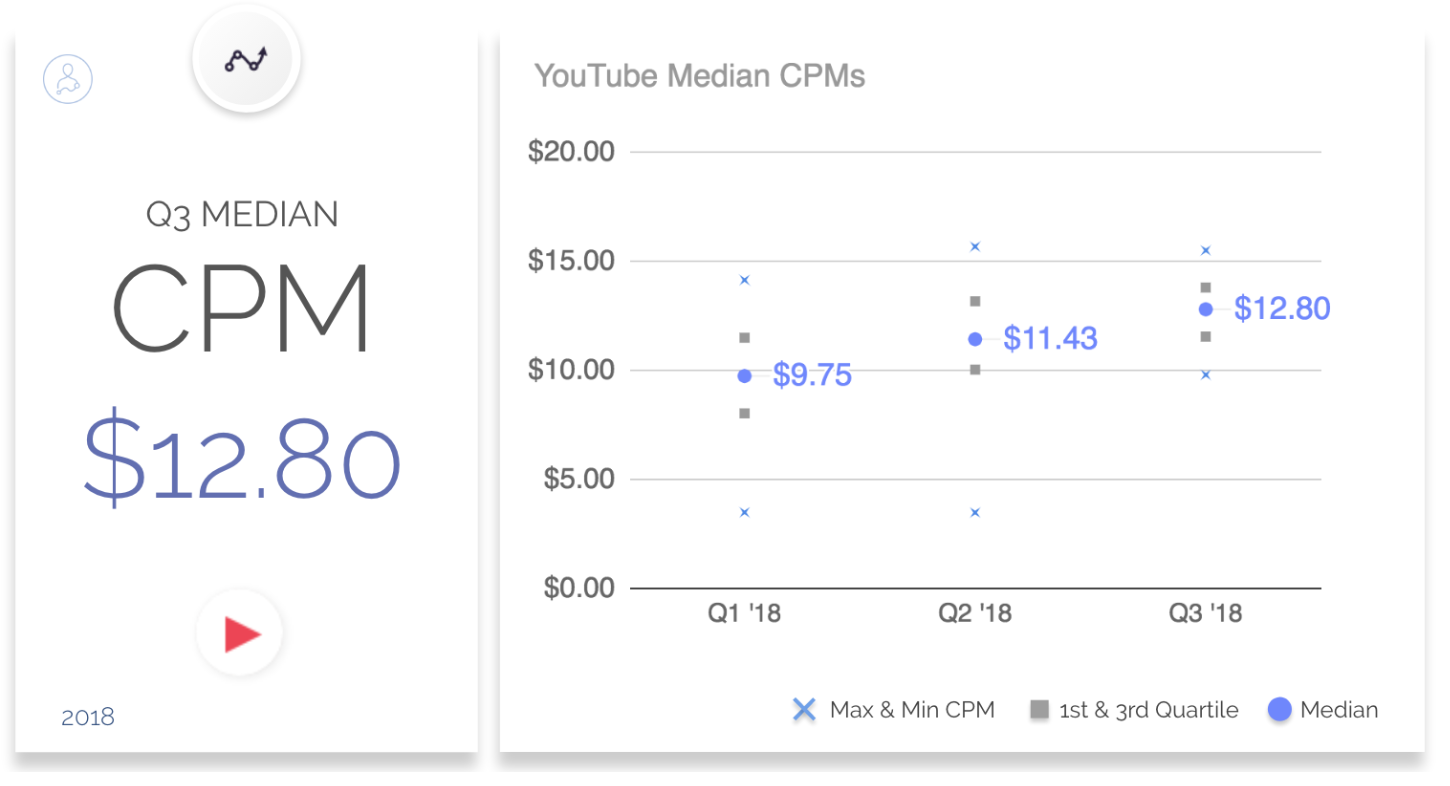 YouTube CTR sees no significant change
Median CTR for ads on YouTube remained nearly the same from last quarter, increasing just 2.9%, and has dropped only slightly from where it was Q3 of 2017. 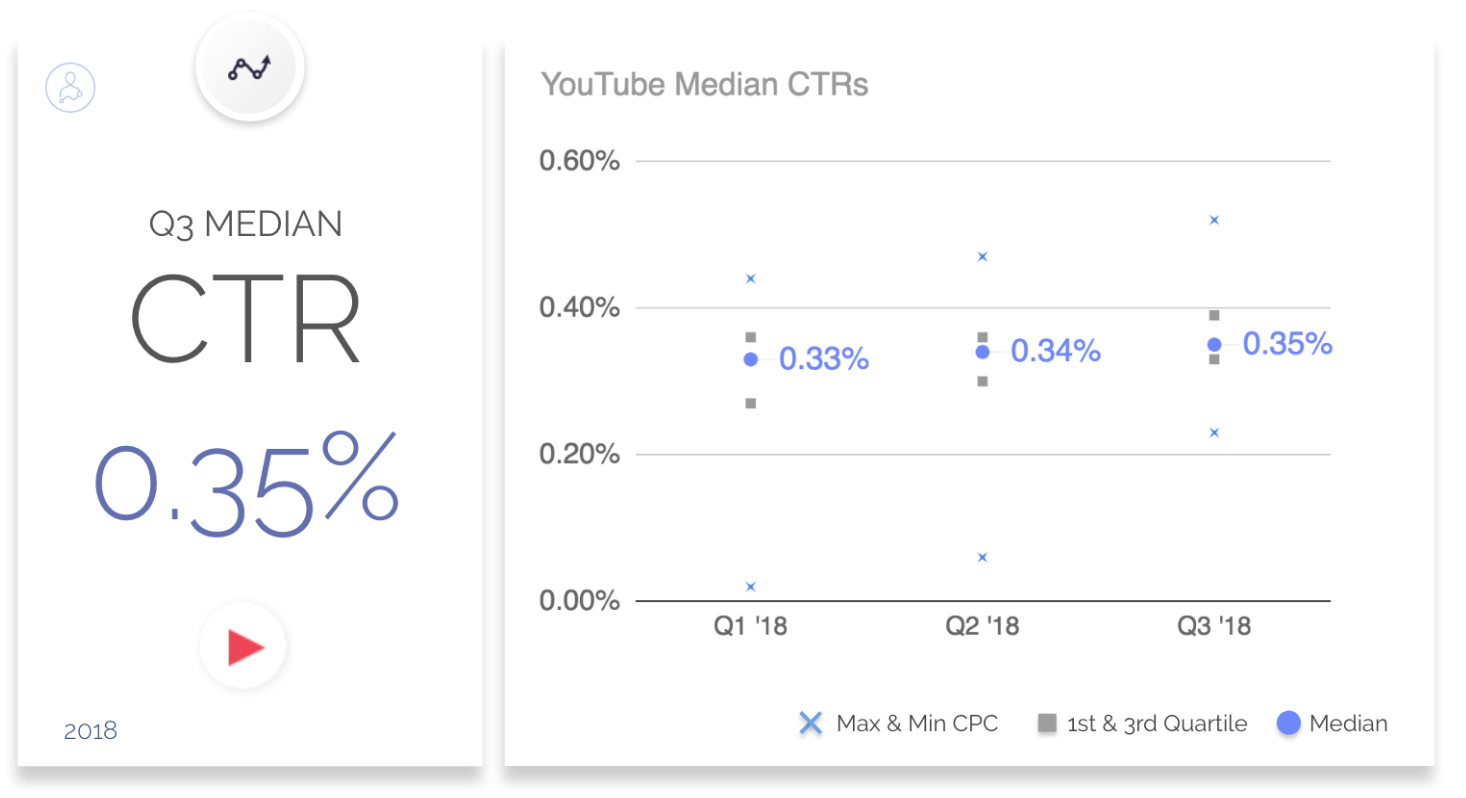 New tool to measure brand lift. Q3’s Google Marketing Live keynote event featured YouTube’s already-released TrueView for Reach and TrueView for Action, and the announcement of the evolution of the Brand Lift tool, which allows marketers to gauge the effectiveness and strength of their brand through lift bidding. YouTube says users will be able to set up Brand Lift studies directly in Google Ads or Display and Video 360 and add reporting from there to their other ad metrics. Through the new Brand Lift studies, YouTube will send surveys throughout a campaign to understand viewer perceptions in near real-time. As a result, two new metrics have been created: lifted users and cost-per-lift.

Full-screen vertical videos. Finally, YouTube is looking for more ways to compete against Instagram and Snapchat for advertising dollars without sacrificing the mobile experience for its 1.9 million monthly viewers. The answer: Vertical videos that will fill up a viewer’s screen when they’re viewing content on YouTube’s mobile app. When viewers tap on a vertical video ad, they’ll be redirected to an external link.