According to an announcement Microsoft made early this year, Bing ad revenue rose 14% in the fourth quarter of 2018. When Merkle released its Q4 2018 Digital Marketing Report, the agency predicted “the future looks brighter for Bing” thanks to its deal to become the exclusive search ad provider for Yahoo. Lots of uptick happening for the oft-ignored search engine, though we’ve been singing its praises in various ways over the years.

Read on to see what we found when we analyzed over 75 million ad impressions and over 2 million clicks for ads on Bing in Q4 2018. Be sure to read the Q4 2018 PPC Benchmark Report for additional ad performance trends. Check out our Benchmark Report page for the latest reports by quarter

Bing CPC ends the year at price on record

We found that median CPC dropped 66 cents from last quarter, continuing the downward slide we’ve seen all year. Compared to this same time last year, CPC is down $2.60. 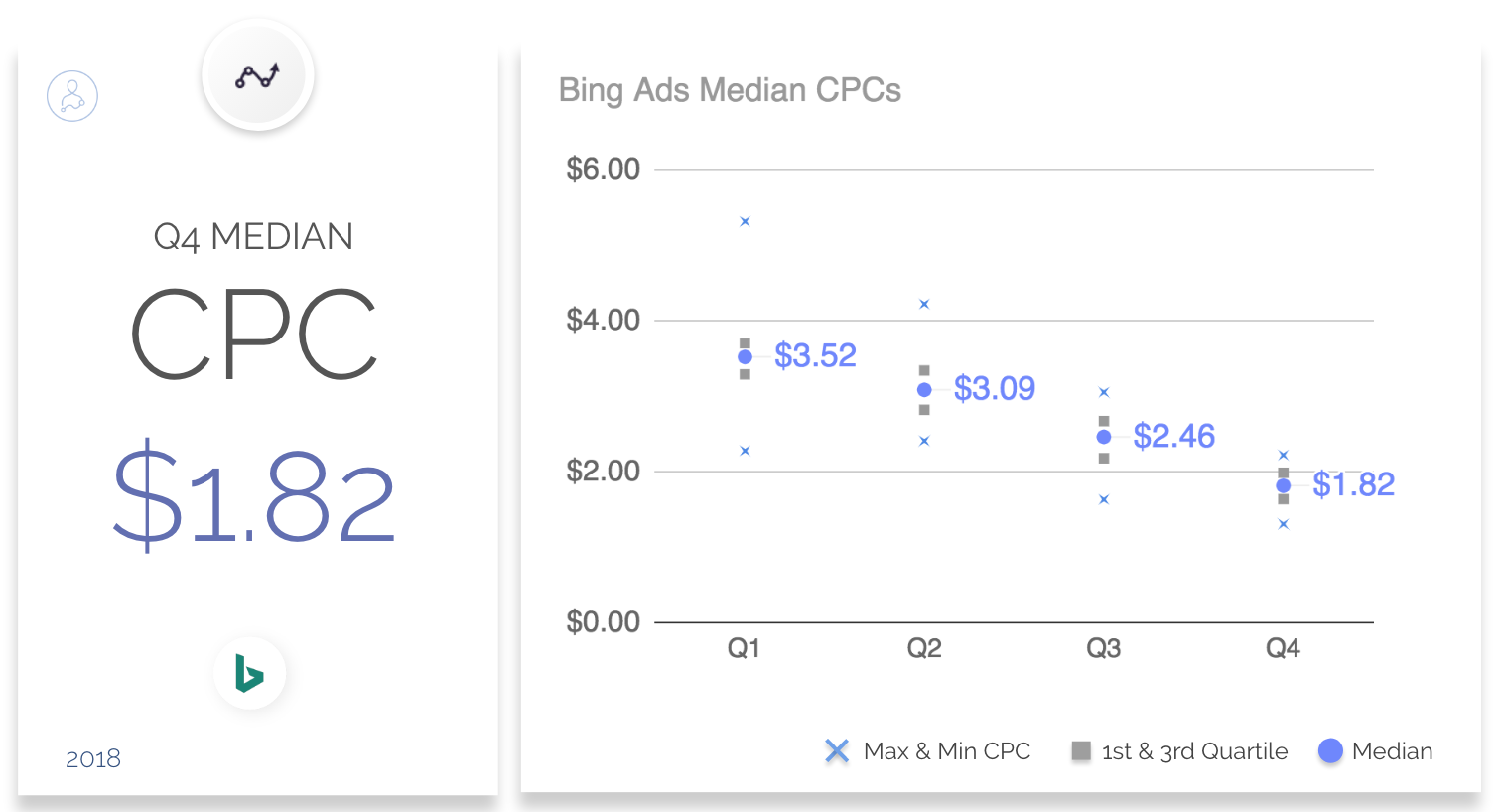 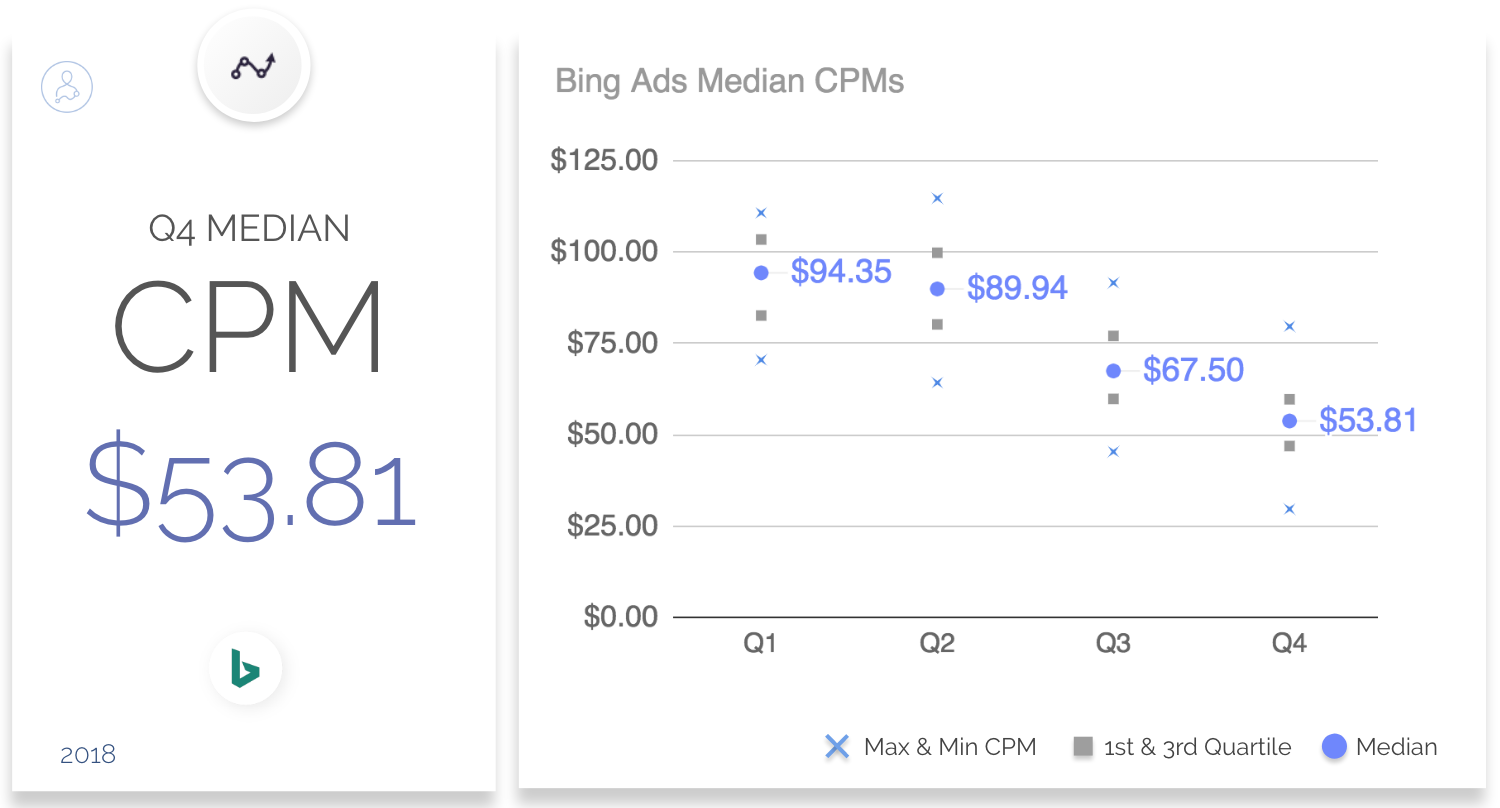 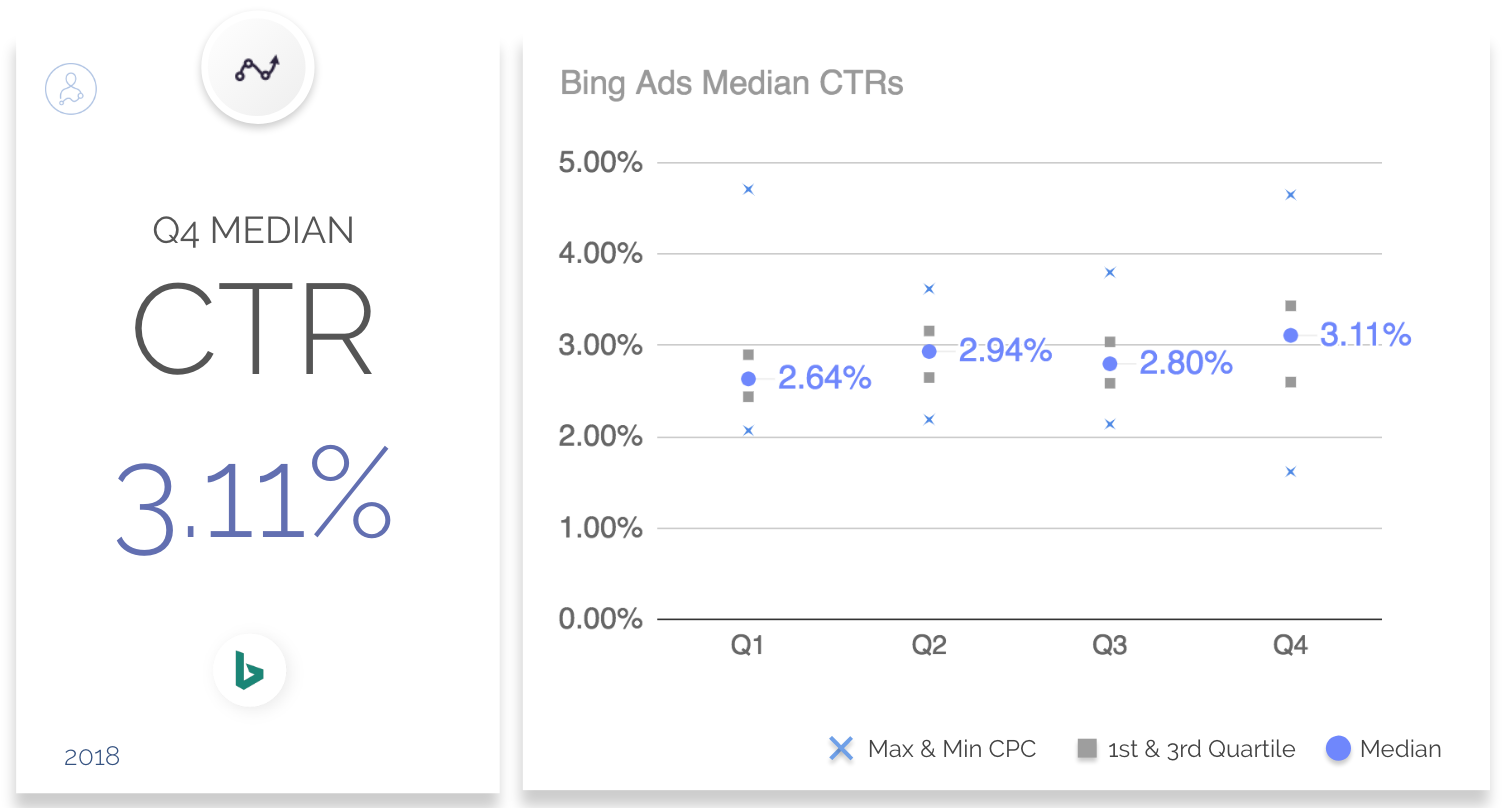 Changes to its political ads policy. The announcement included a ban on candidate and ballot measure ads in the United States. Bing said those types of ads make up a very small percentage of its overall advertising volume.