Are things turning around for Twitter? In Q2, the company posted earnings that beat analyst estimates and boosted share prices by 8.9%. Twitter also said revenue was up 18% year over year due to domestic growth. And according to what we calculated for Q2 CPC and CTR for Twitter, more marketers may turn to Twitter as a valuable advertising strategy.

Keep reading to see what we uncovered for Q2 2019 median CPC, CPM & CTR when we analyzed over 96 million ad impressions and over 1.6 million clicks for ads on Twitter. Be sure to read the Q2 2019 PPC Benchmark Report for additional ad performance trends. Check out our Benchmark Report page for the latest reports by quarter.

We found that median CPC decreased considerably, dropping 17 cents from last quarter and is down 53 cents from where it was same time last year. 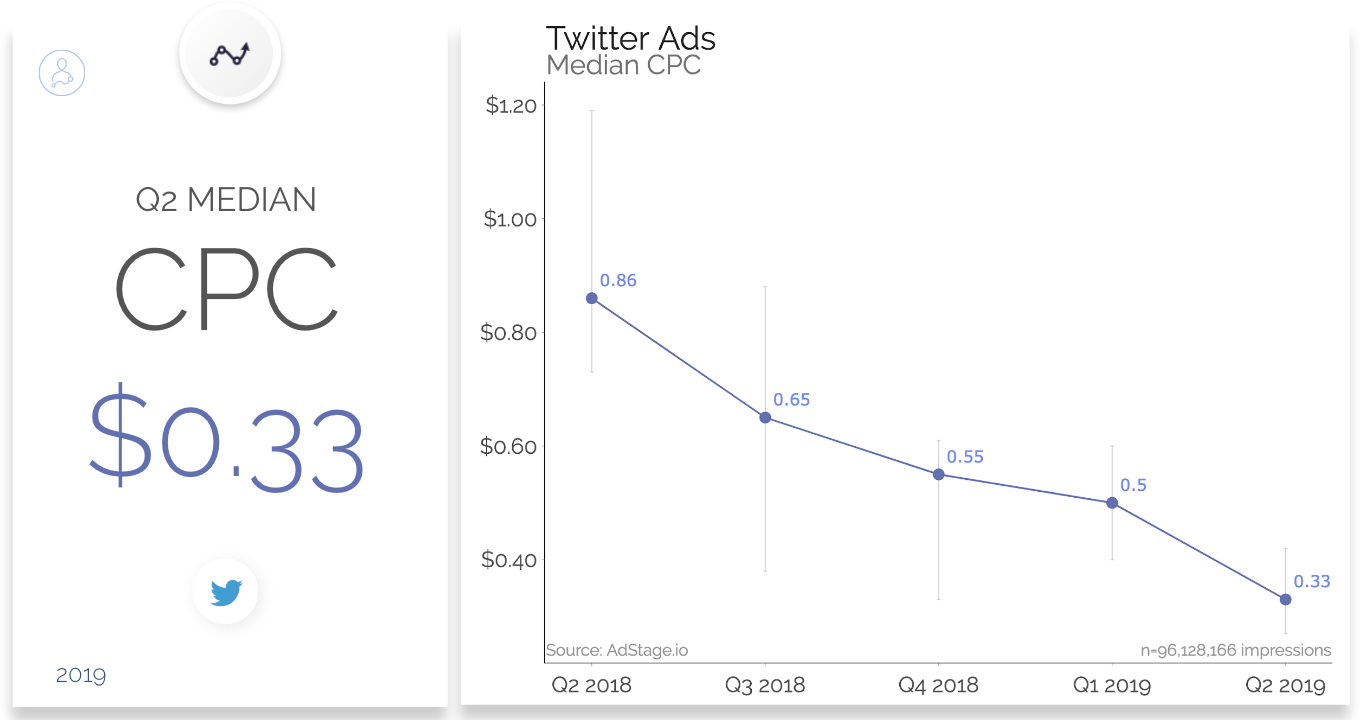 We found that median CPM reversed course and increased $0.72 since last quarter, but is $2.38 cheaper Y/Y. 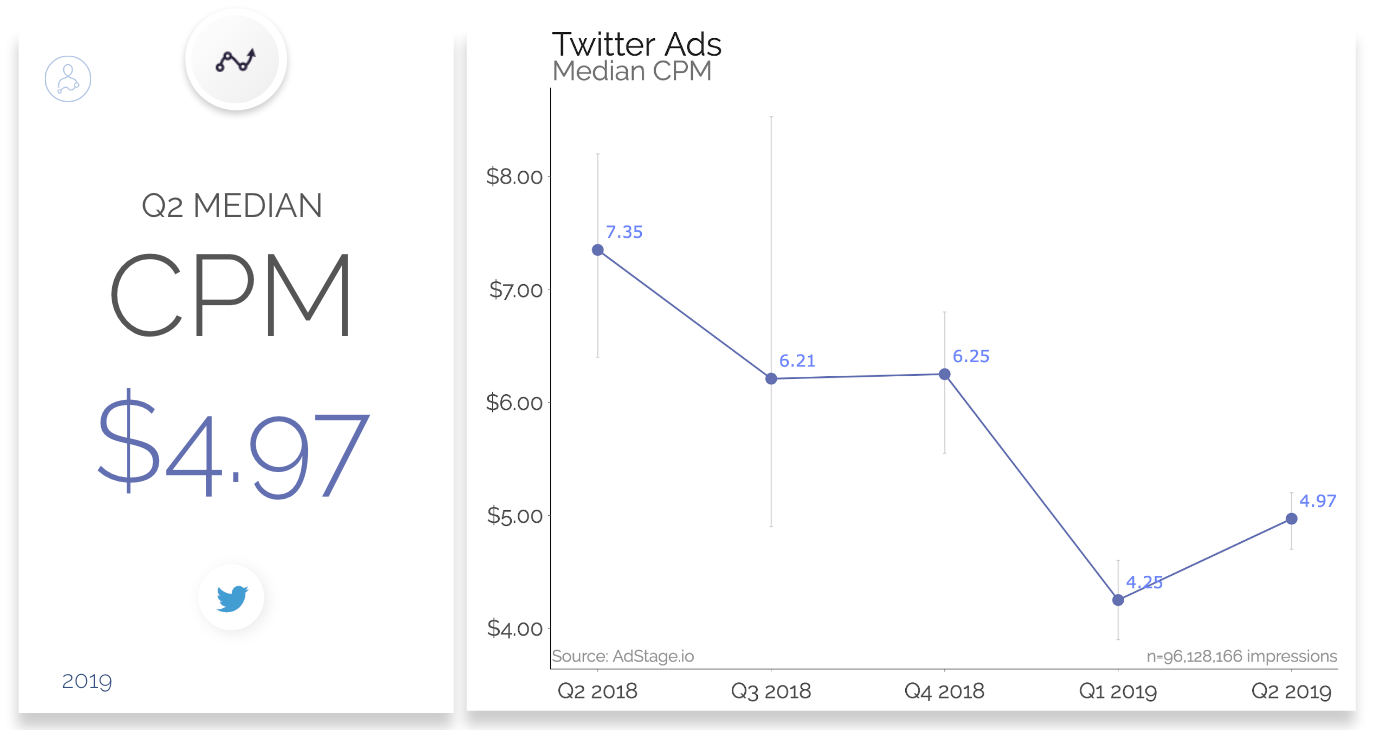 In the past year, Median CTR for ads on Twitter has seen a welcoming increase in performance, while costs were dropping. That changed in Q1 when CTR fell dramatically. In Q2 2019 we observed a course correction, with the median CTR increasing sharply by 91% over last quarter, and up 98% compared to the same time last year. 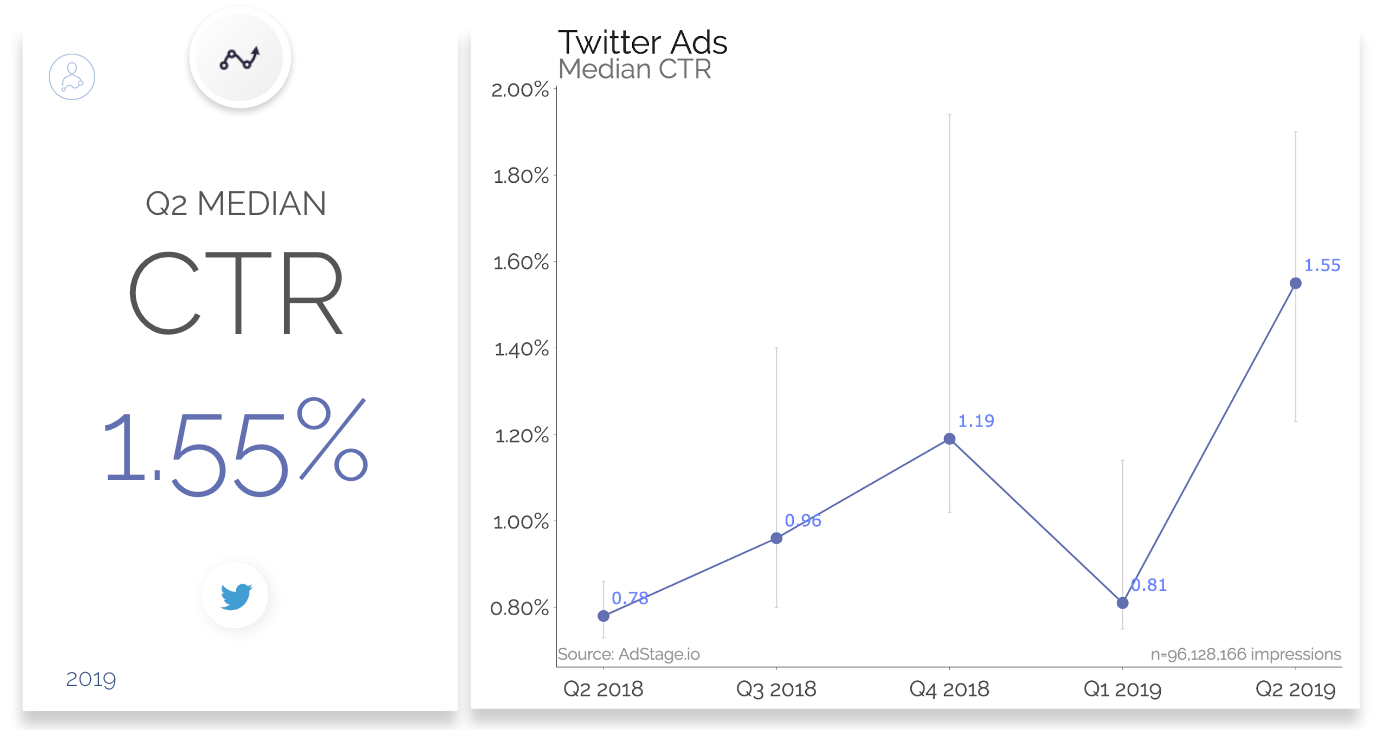 Users to see more ads per day: Twitter makes most of its money from advertising, but its monthly user base has been shrinking for a year. To combat the decline in advertising opportunities, Twitter is now experimenting with showing its loyal users more ads. Twitter has refused to reveal how many people the experiment affects and what the outcome might mean for future ad load.

New limit on follows per day: To control spam, Twitter cut down the number of accounts you can follow in a day, but probably no one but the bots will be affected. Previously, users could follow up to 1,000 new accounts per day. Twitter decreased that number to 400. The new limit is supposed to prevent spammers from growing their networks by following then unfollowing Twitter accounts in a “bulk, aggressive or indiscriminate manner.” But some people think Twitter can take it even further, arguing that 400 new follows is well over what a regular user would want per day.