These days, it seems like US politics start and end on Twitter. But is that affecting marketers at all? Keep reading to see what we uncovered for Q3 2019 median CPC, CPM & CTR when we analyzed over 82 million ad impressions and over 1.3 million clicks for ads on Twitter. Be sure to read the Q3 2019 PPC Benchmark Report for additional ad performance trends. Check out our Benchmark Report page for the latest reports by quarter. 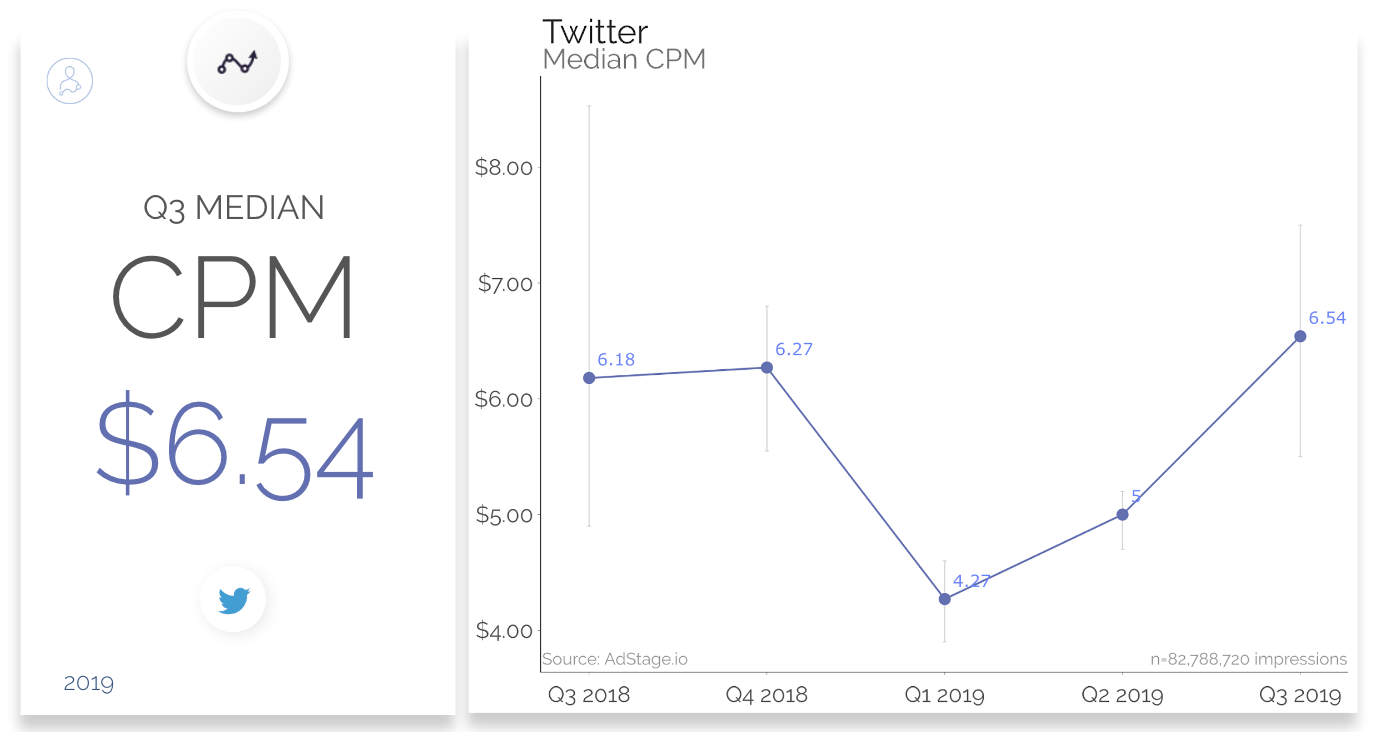 In Q3 2019 we observed a continued uptick for Twitter CTR, with the median CTR increasing slightly by 2.6% over last quarter, and up 65.6% compared to the same time last year. 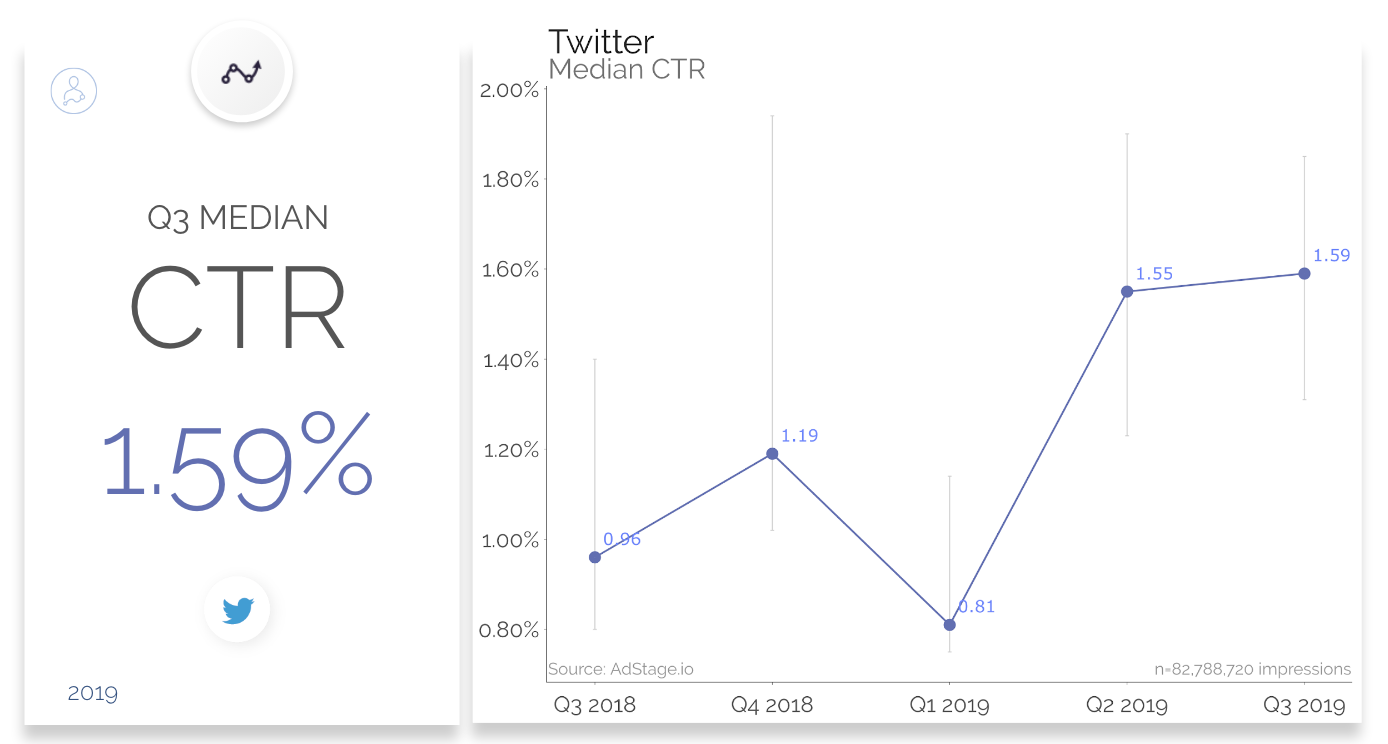 6-second video bid unit: Advertisers will be charged only if their ad is viewed for 6 seconds, with pixels at 50% in view. The company said this unit is ideal for marketers who want to complete view metric, but are open to short-form content.

Twitter shares informative video stat: And speaking of video, Twitter shared some interesting metrics in that area. The company revealed that according to their data, a tweet with a video can attract 10x the engagement as a tweet without a video. And don’t worry, you don’t need to hire a video production team to get in on the action. The numbers showed that an amateur-ish video shot on a cell phone can be just as engaging as something that’s more polished.