Digiday recently got a hold of a deck that shows how Twitter is pitching the power of advertising on its platform this year. Under the theme “When something happens in the world, it happens on Twitter,” the deck touts differentiators like 200+ brand-safe partners across 15 categories, the ability to connect more deeply with your audience, and statistics like “launch campaigns on Twitter generate a +45% increase in sustained awareness.” It's still early in the year, so we'll have to wait to see just how receptive marketers are to these claims, but we can dig in to what's already happened in Q1.

Keep reading to see what we uncovered for Q1 2019 median CPC, CPM & CTR when we analyzed over 139 million ad impressions and over 1.4 million clicks for ads on Twitter. Be sure to read the Q1 2019 PPC Benchmark Report for additional ad performance trends. Check out our Benchmark Report page for the latest reports by quarter.

Our Q1 calculations found that median CPC is also up 11 cents from where it was same time last year.

We found that median CPM continued to plunge, falling $1.73 since last quarter, and is $2.26 cheaper Y/Y. 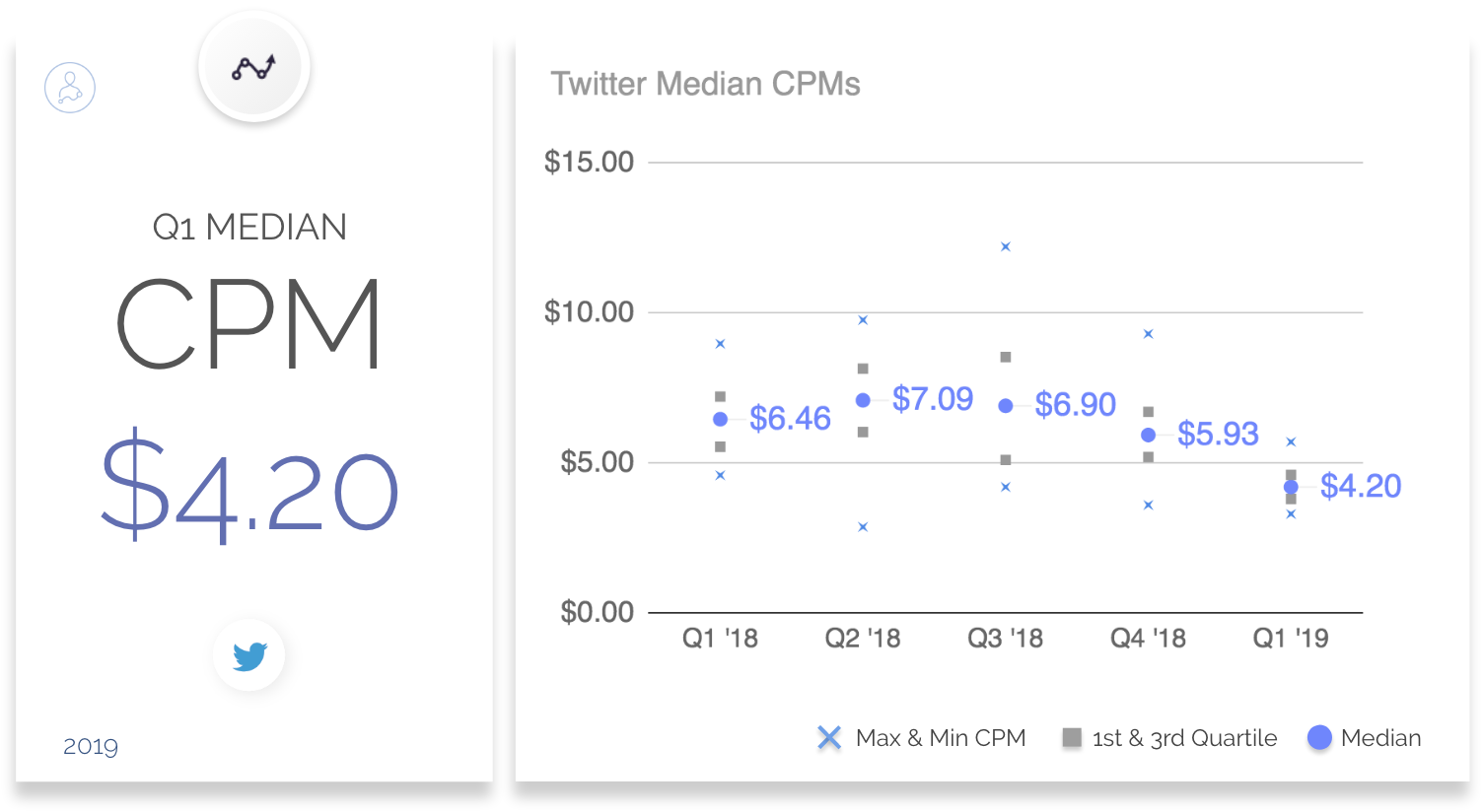 In the past year, Median CTR for ads on Twitter has been all over the map. In Q1 2019, CTR fell 0.71% from last quarter, and is down around the same percentage compared to the same time last year. 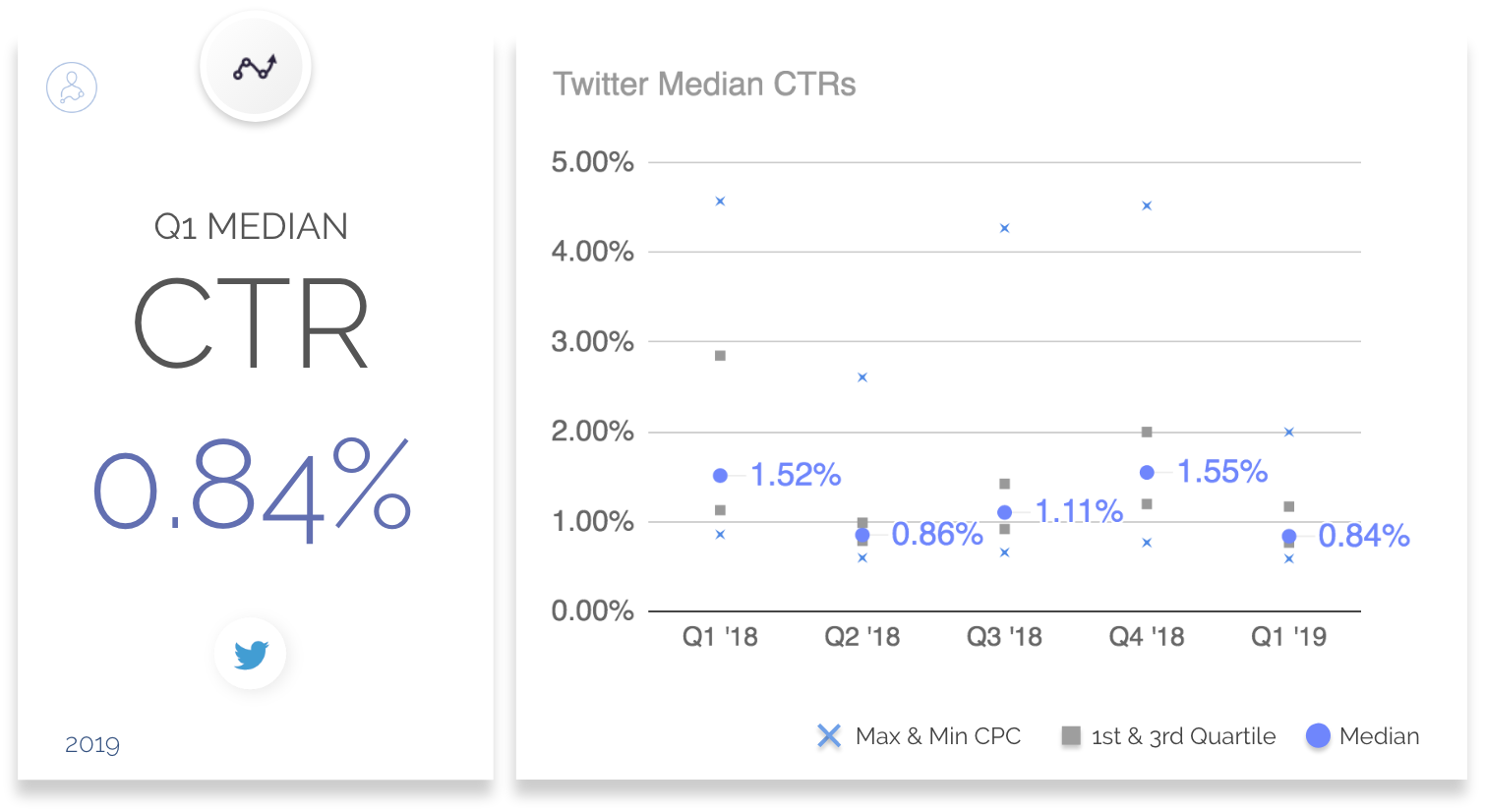 Twitter announces declining MAU. After an ok Q4 where Twitter beat sales expectations but announced an MAU decrease of 9 million year-over-year and down 5 million quarter over quarter, the company is already setting expectations for a seasonal decline in Q1. It also let investors know it will stop giving MAU numbers after the next quarter, perhaps as a move to get people focused on other more positive areas of growth. It won’t be long until we hear Q1’s actual results.

New tools for video engagement. On a more positive note, at CES, Twitter debuted new analytics tools for publishers focused on improving video engagement. The dashboard would show publishers what sort of content is resonating with their readers, who’s engaging with content and when, and what’s performing well. Twitter warns publishers that the graph doesn’t show when your followers are watching your videos, but when they’re watching videos across Twitter. So post some videos during the most engaging times of the day, but don’t go all in. If the timeframe is an inconvenient time for you to post, Twitter is also now offering a scheduling tool in the new dashboard.