In Q3 2018, we analyzed over 104 million impressions and nearly 2 million clicks on Twitter to calculate median CPC, CPM, and CTR. Although Twitter didn’t have much to offer marketers in the way of new tools, according to this report from CNBC, advertising revenue grew by 29% in the September quarter, making it Twitter’s third quarterly increase of more than 20%. Though daily average growth has slowed, investors and marketers understand that’s mostly a result of the platform finally cracking down on bots. With more people taking to Twitter to live stream, engagement is up, which as we know, is music to a marketers ears.

Twitter CPC up 100+% Y/Y
We found that median CPC dropped 18 cents from last quarter, but is still up over 113% Y/Y. It’s hard to believe this time last year marketers were paying just 28 cents per click. 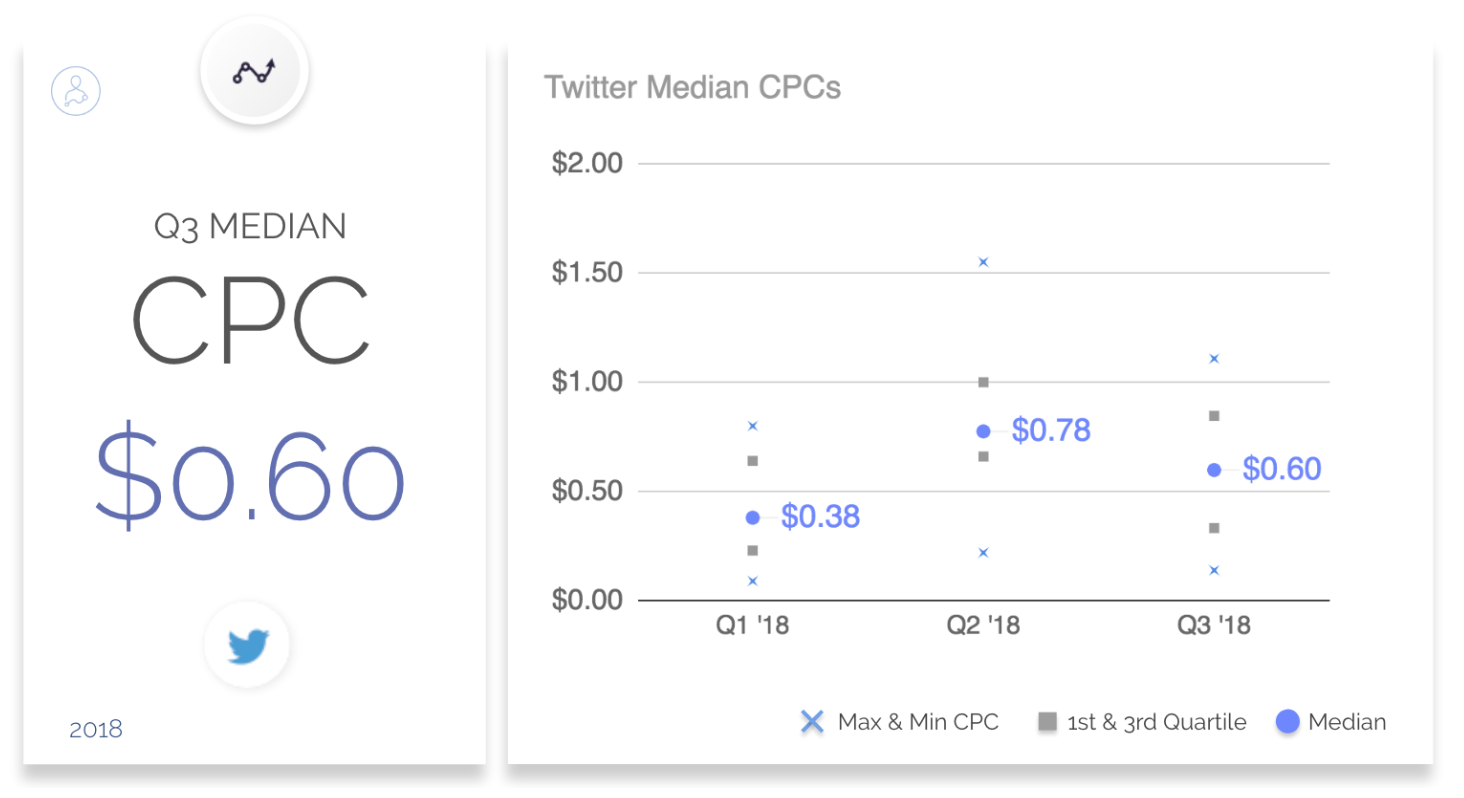 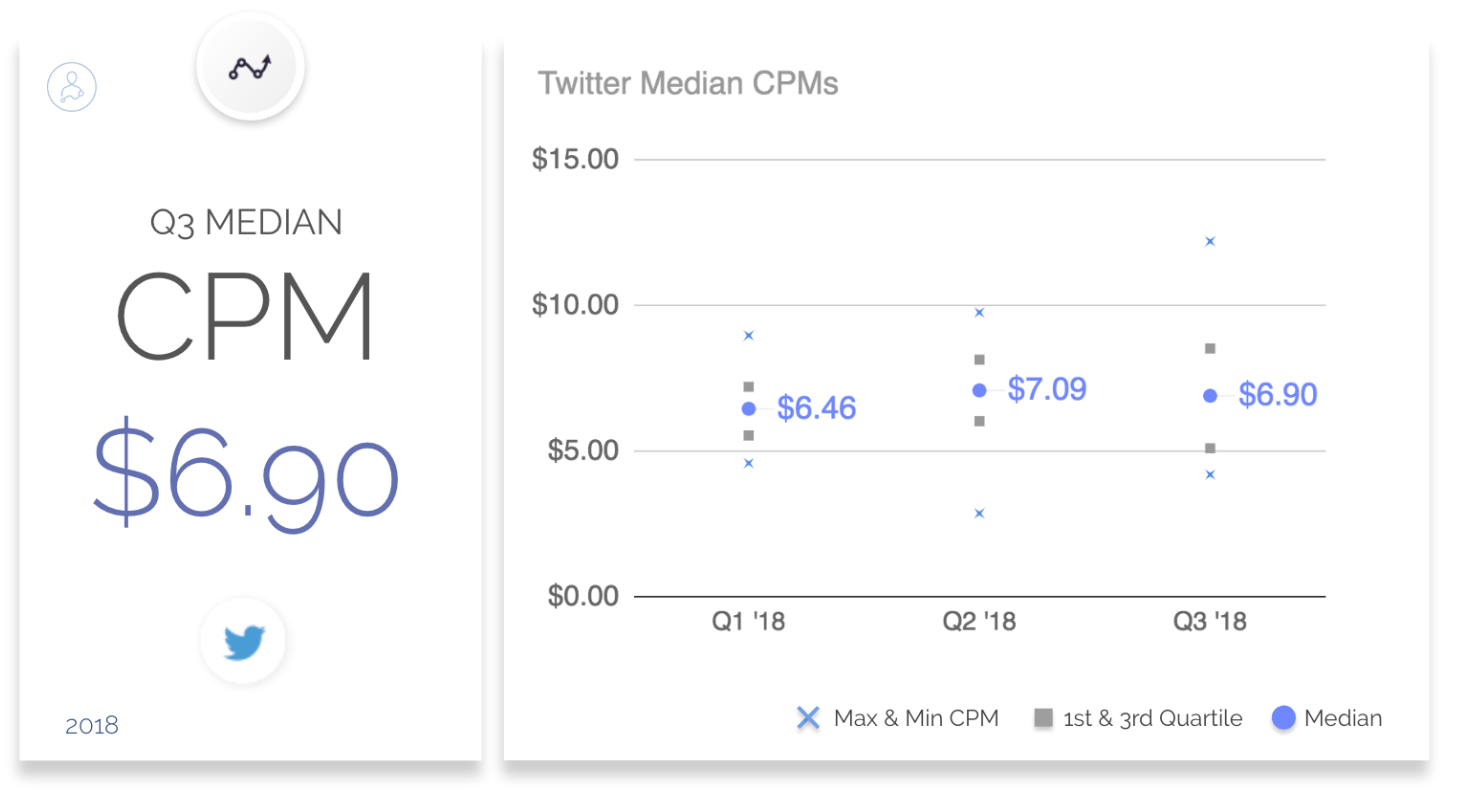 Twitter CTR up slightly
CTR for ads on Twitter rose by 23% from last quarter but dropped nearly 35% from where it was Q3 of last year. Then, marketers were enjoying a 1.7% CTR.

Twitter ad trends Q3 2018
Twitter’s ad development stalls as it prepares for the election. Most likely the company was preparing itself for some tough questions before a Senate committee in early September. Jack Dorsey didn’t have much to offer in the way of solutions to keep bad guys off the platform and what he’s doing to address lawmakers’ concerns, but he did share that the company is considering a label to identify accounts managed by bots. Months ahead of the hearing, Twitter's head of product said his team was pausing work on the Bluecheck/Verification process in order to shore up security in the app ahead of elections. Then, starting September 30th, Twitter began enforcing a new policy for US-specific issue ads, along with a new verification process for the advertisers creating and promoting the ads.

Timeline Ads enter testing phase. Twitter did end the quarter with what is hopefully a hint about a renewed focus to bring more value to digital marketers seeking to advertise on the platform. Timeline Ads, which started with recruiting publishers in May, has now reached a testing phase. The ads would allow timelines to be embedded on third-party publisher sites, giving advertisers access to more ad inventory.