Twitter recently shared its user base numbers for the first time, and people were shocked, and not in a good way. Twitter has 126 million daily users. For comparison, Snap has 186 million. But with dropping costs and a CTR up 40% (according to our calculations) marketers aren’t getting scared off.

Keep reading to see what we uncovered for Q4 2018 median CPC, CPM & CTR when we analyzed nearly 96 million ad impressions and nearly 1.8 million clicks for ads on Twitter. Be sure to read the Q4 2018 PPC Benchmark Report for additional ad performance trends. Check out our Benchmark Report page for the latest reports by quarter.

Our Q4 calculations found that median CPC dropped 20 cents from last quarter and is up 4 cents from where it was the same time last year. 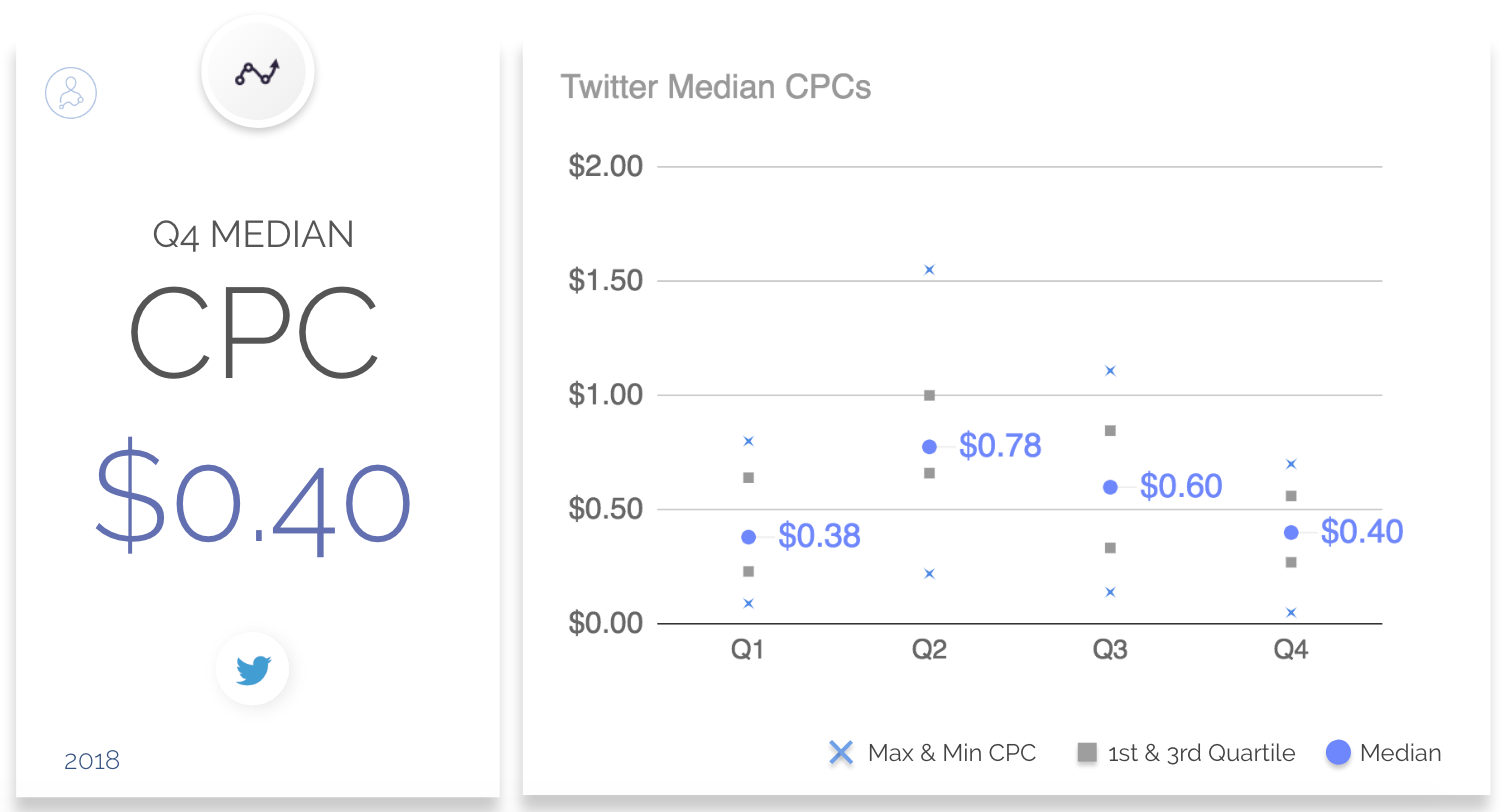 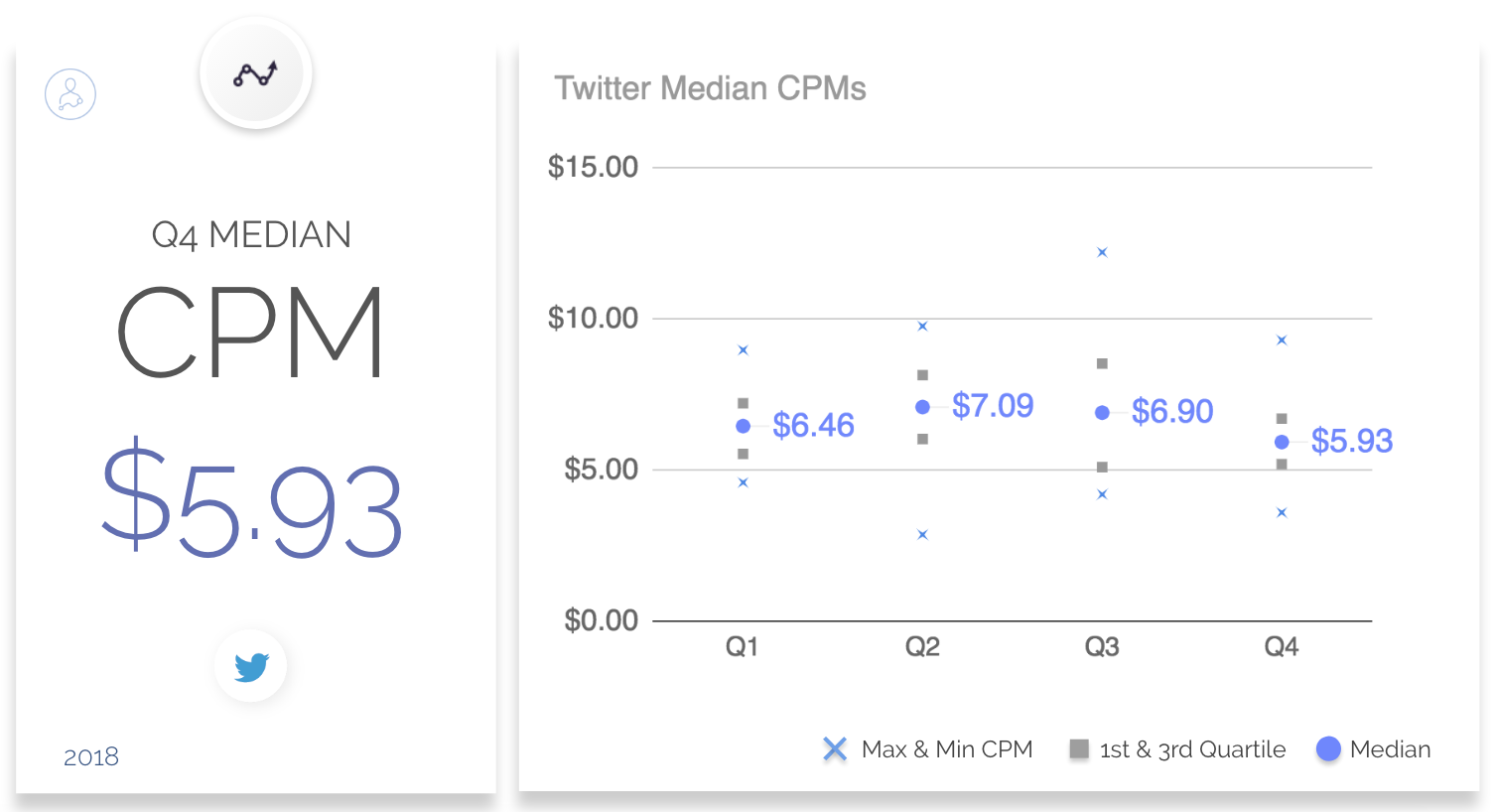 Median CTR for ads on Twitter rose 0.44% from where it was the last quarter but is relatively the same as it was in Q4 of last year. 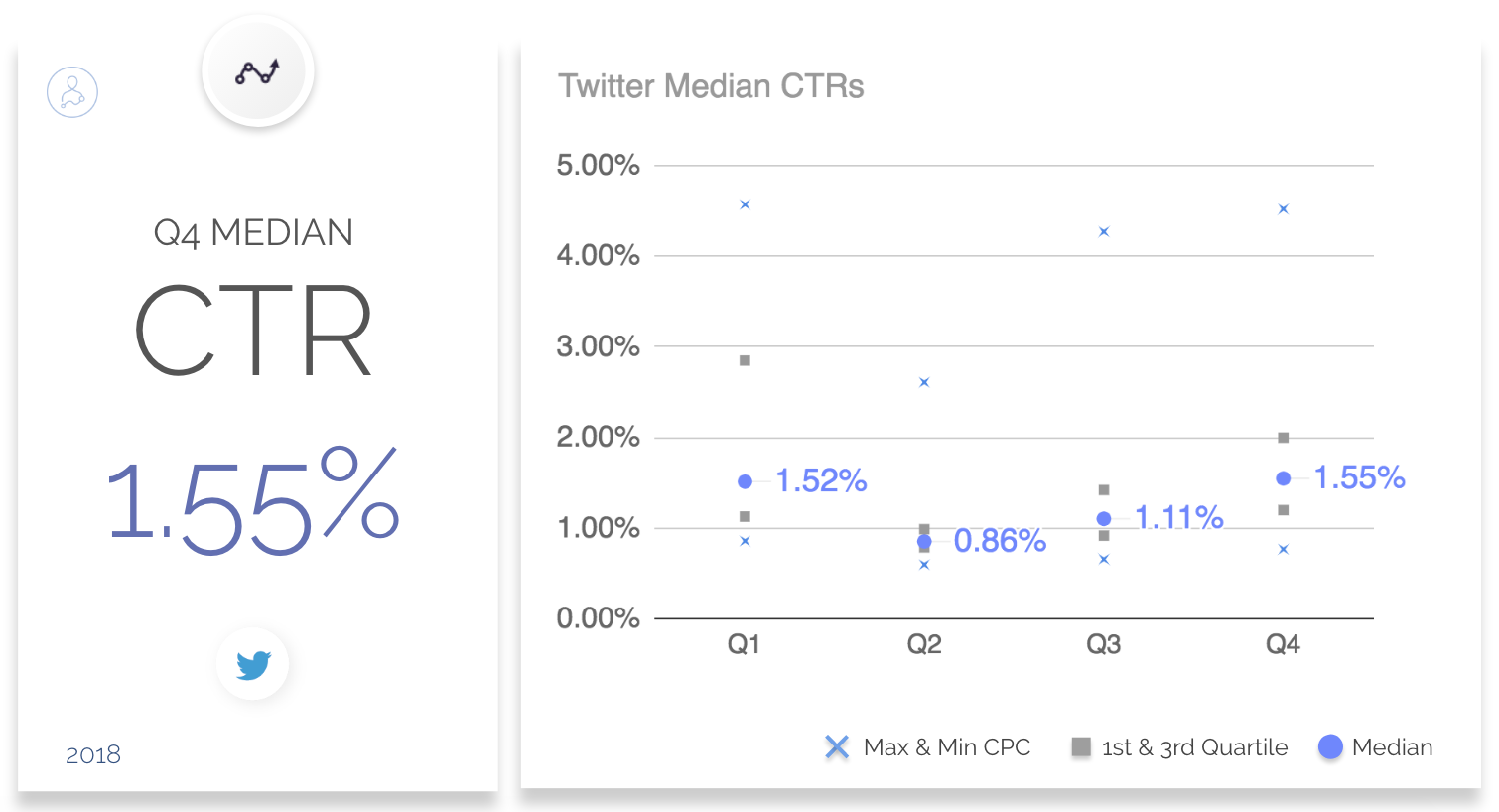